In the Low Pass Prototype Method for filter design, after choosing the order N and the tolerance of the filter according to the design specifications, we have to look at some tables with the normalized impedances gk, with k = 1,...,N+1. 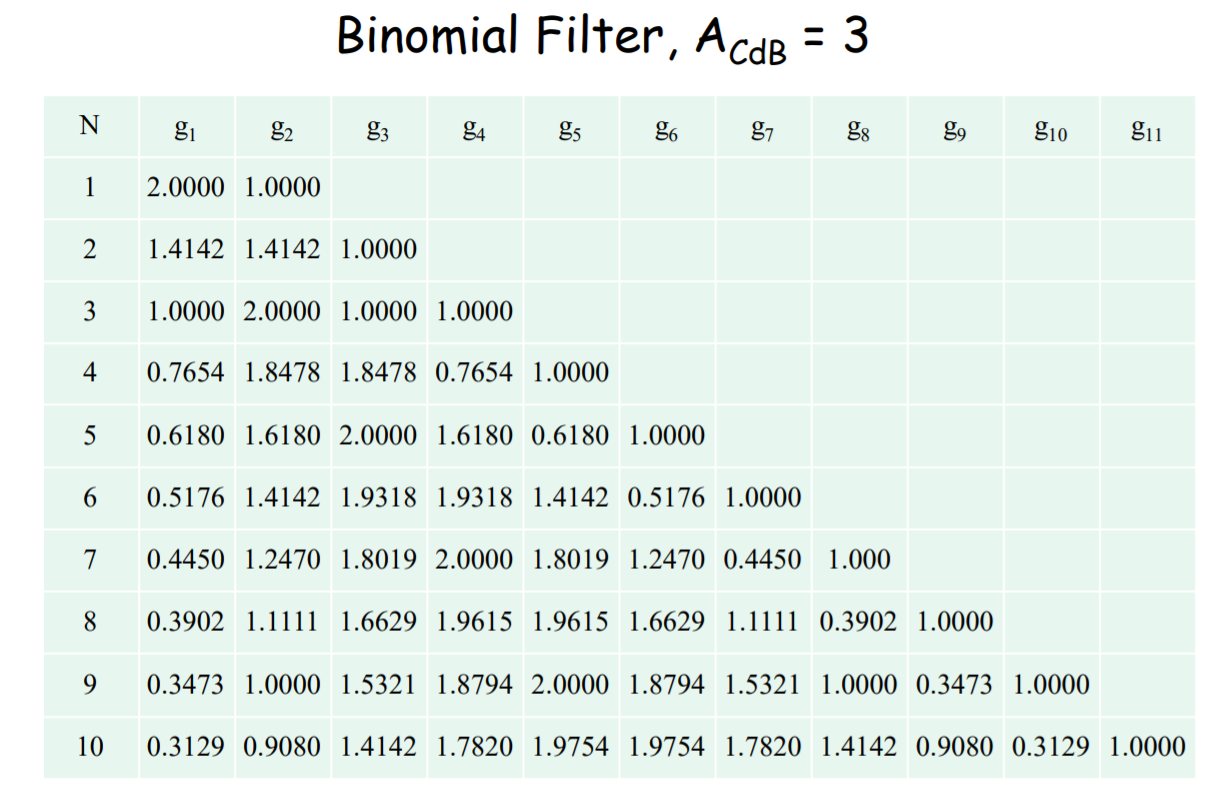 My doubt is about g0 and gN+1. Do you know what they represent and how to choose their values?

Normally they are the same, and 90% of people on the planet use 50 ohms for the final filter, because it's a de facto standard, a reasonable value, and makes the filters easy to test, and to incorporate into other equipment. Another common value is 75 ohms, because it's a better match for the video and receiver industry.

I'll illustrate how/why you might use a filter with an infinite impedance on one port. Let's say you wanted to drive a capacitive load (say a Kerr cell or piezo transducer) with a reasonably flat frequency response. You could design a filter with an infinite gN+1, then reduce the value of the final shunt capacitor to absorb the value of the capacitive load. The finite input impedance of the filter is now much easier to drive than the large capacitance of the original load. Obviously the filter bandwidth has to be adequate for the frequency range you intend to drive, and the final capacitor has to be large enough to absorb the load, these set limits on the filter design.

Not the answer you're looking for? Browse other questions tagged rf filter power-electronics signal passive-filter or ask your own question.