Many attempts to write to an i2c slave to make rgb leds light up have failed.

The hardware in question is found at: https://learn.adafruit.com/adafruit-neotrellis

There is an arduino library and a python library, but its hard to find out what i2c register does what.

My attempt, in python, is as follows:

The slave address is correct, and I get a response. I got my register constants from the following c-header file: https://adafruit.github.io/Adafruit_Seesaw/html/_adafruit__seesaw_8h.html 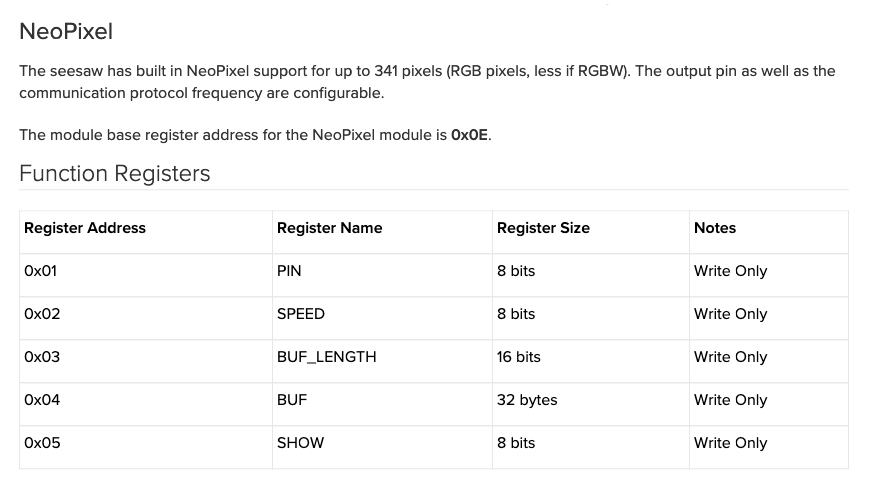 Here is the log of the commands from a logic analysor 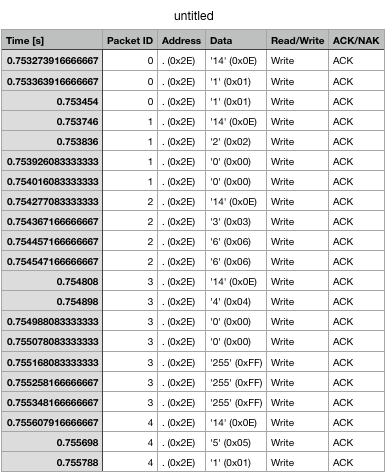 What can I do to get the leds to light up? I've used i2cdump without success, is there some brute force method to try out all combinations? What suggests do you have?

EDIT I realized that SPEED is supposed to be 8 bit not 16 bit but thats not really an issue.

Not the answer you're looking for? Browse other questions tagged microcontroller c i2c python saleae-logic-analyzer or ask your own question.