I have recently designed a passive-based modular PCB.

When I click the secondary board into the base board, I would like it to break the current circuit at a fixed point, and insert itself in series instead:

I could easily connect the secondary modification board in parallel with the wire connecting the two passives halves, but then I must break the wire connection for it to be in series, so I have a plan. 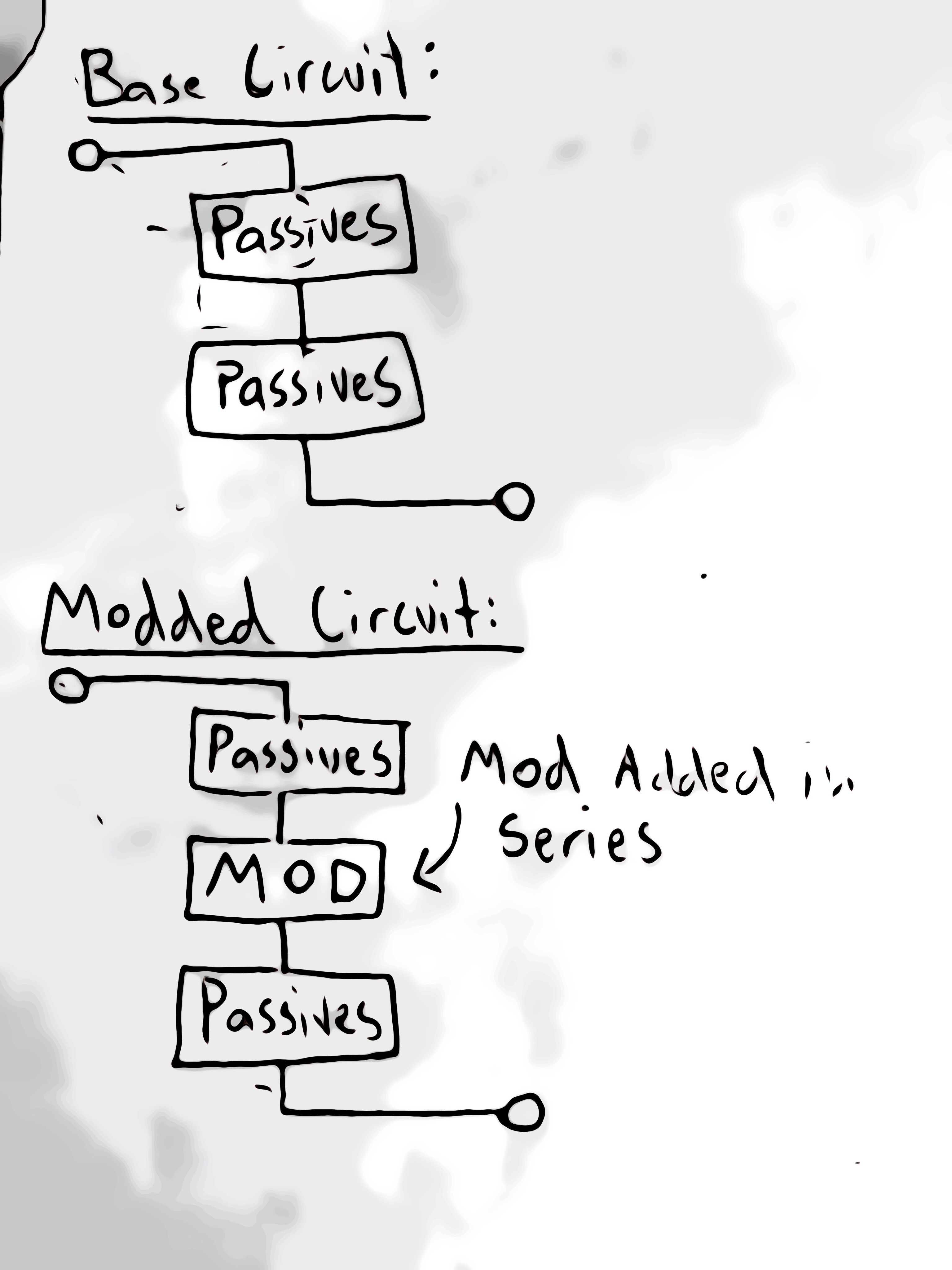 I remember back to my childhood days when McDonald's toys had little white pull-tabs that you needed to pull out before they became operational. 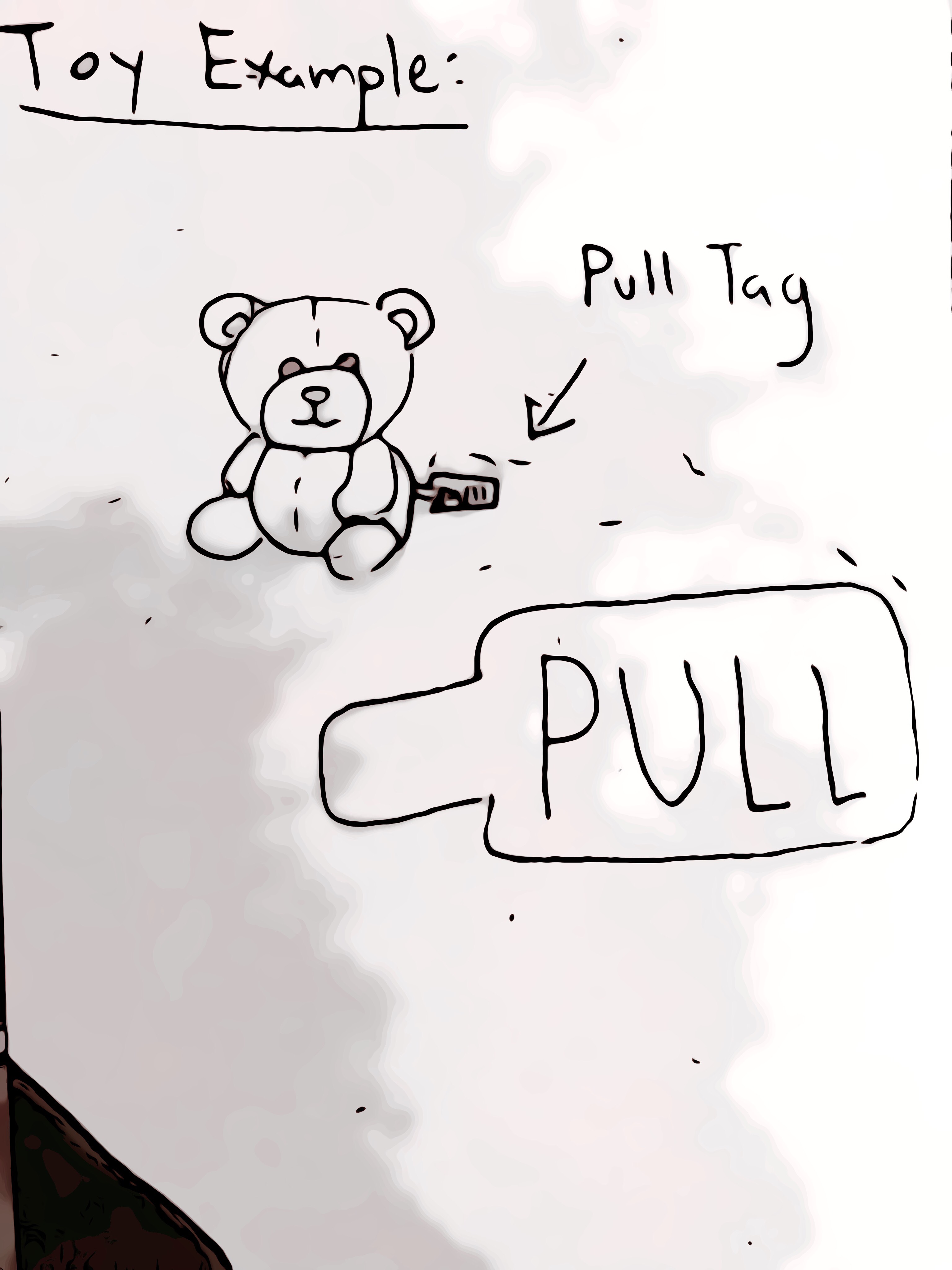 One way or other, the pull-tab would keep the circuit open and close it when removed. The easy way to do it would be to place the tab between two small coin batteries, with the spring pressure holding it in, but I have seen toys that have the tab on the side away from the batteries. I suspect the circuits inside are using two plates that push against each other on the PCB, and would close the circuit without the tab being inserted between them. 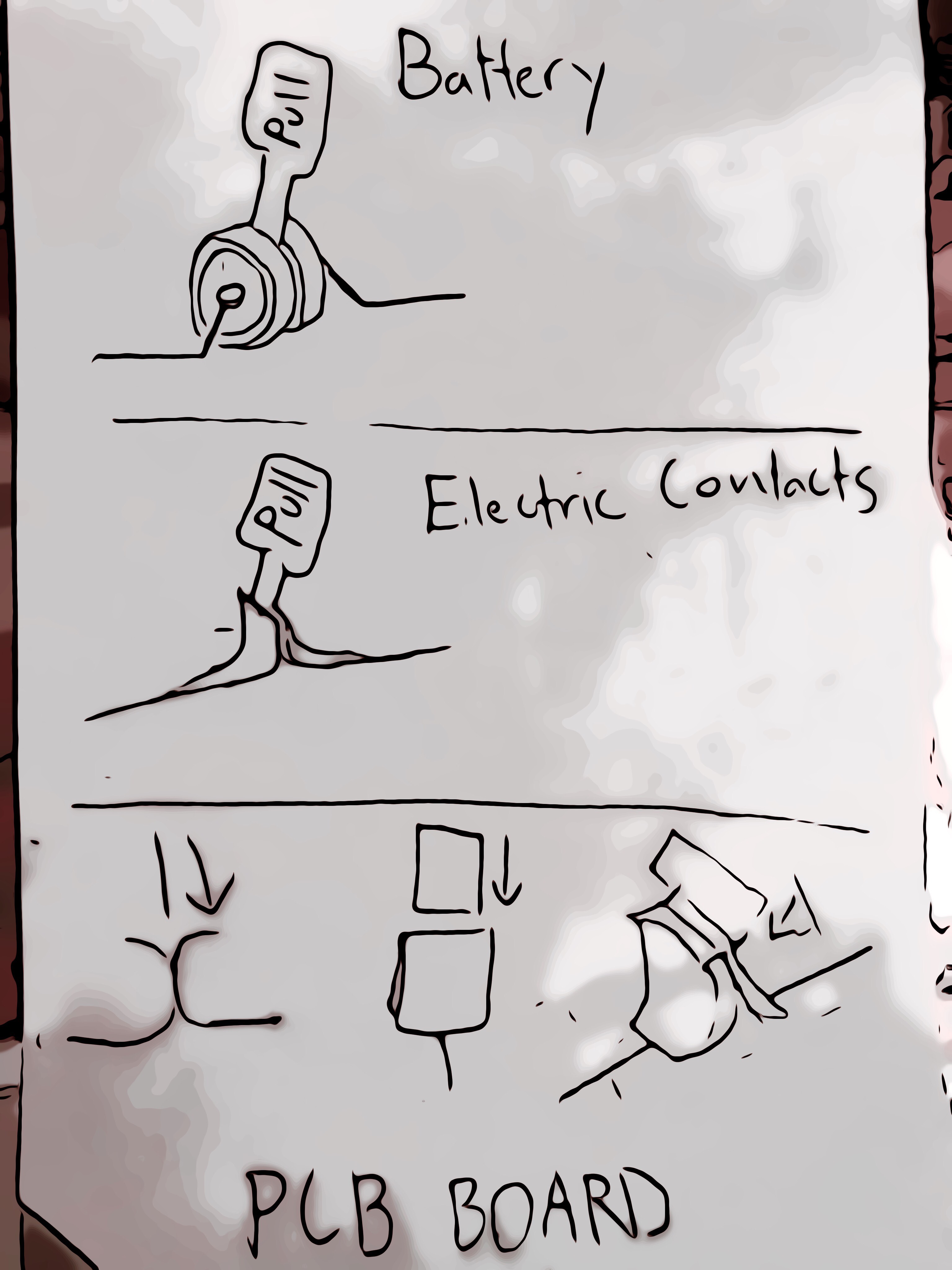 I would like to do the same thing in my design, only with a permanent tab on the underside of the secondary PCB and the contact plates on the base board. When I clip the secondary board into the base board, the insulator tab pushes the contacts apart, allowing the connected modification to be in series with the rest of the circuit.

Are there parts out there already that are designed for this? Maybe something similar? The boards are passive, so non-mechanical options are not viable.

If you wire the switch contact to the sleeve contact of a TS (tip-sleeve, two conductor), then you have a circuit which is broken by inserting a plug, and the two contacts of the plug are the ends of the break point, exactly what you want.

You might choose to, instead of using TS plugs and jacks, use TRS, and carry the signal on the tip and ring. This has two advantages:

Picture for context: a 3.5 mm TRS jack with two switch contacts (top left for tip and middle just below the plug for ring). 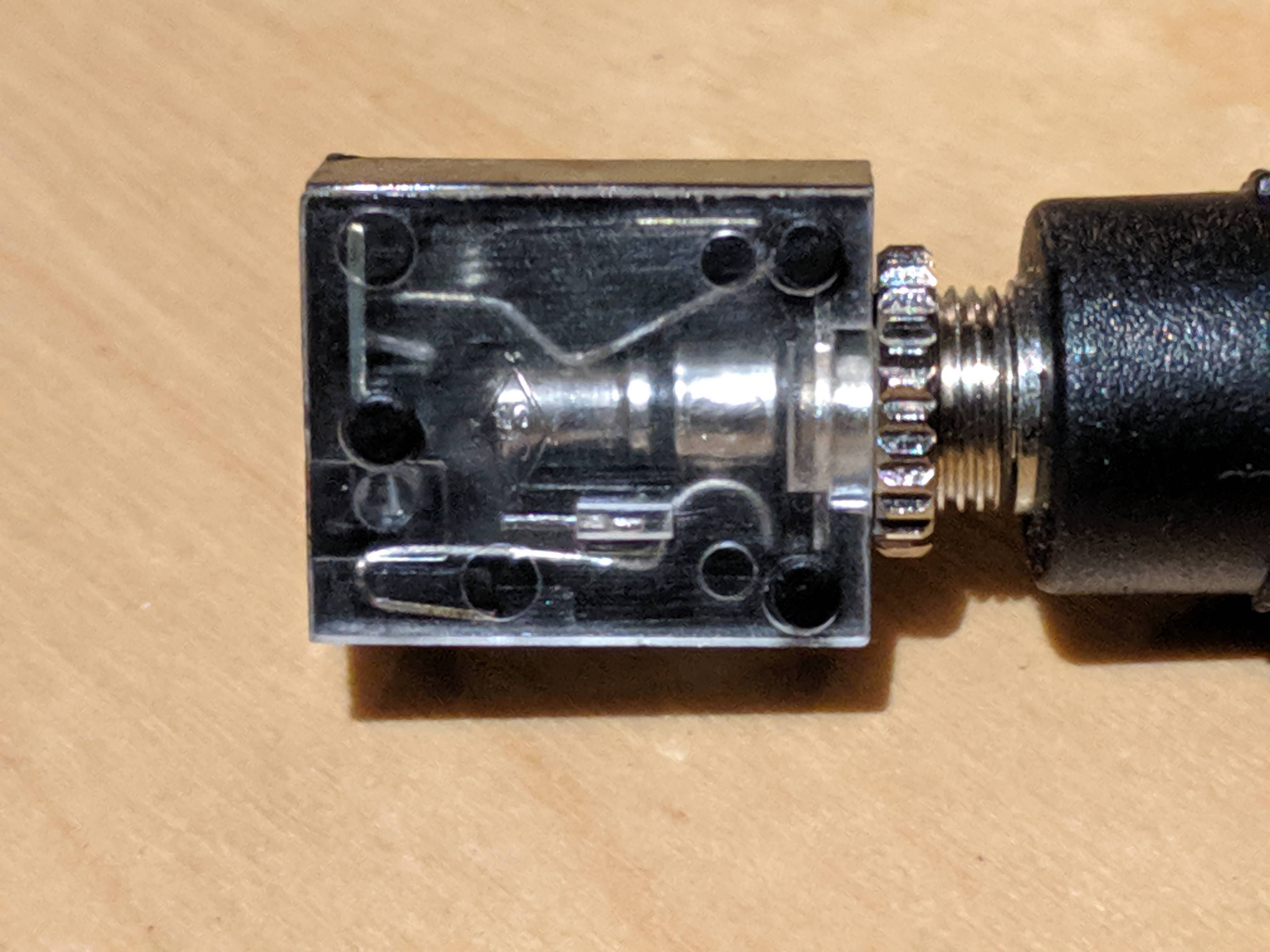 Disadvantages of using these connectors:

Not the answer you're looking for? Browse other questions tagged pcb-design passive-networks modulation or ask your own question.

12
How to indicate breakaway tabs in PCB design?
3
What is the purpose of inserting resistors (diodes?) directly on the path of the VCC and GND lines powering a PCB?
4
Can I place an electrolytic capacitor close to a solder point on a two sided pcb?
0
Attaching a circuit on to a PCB
2
Critique of first PCB project
0
Voltage drop from PCB ground plane to motor driver
1
What cause a PCB track to break
1
PCB routing of SPI lines
0
2-Layer PCB Through-Hole Layout/Soldering