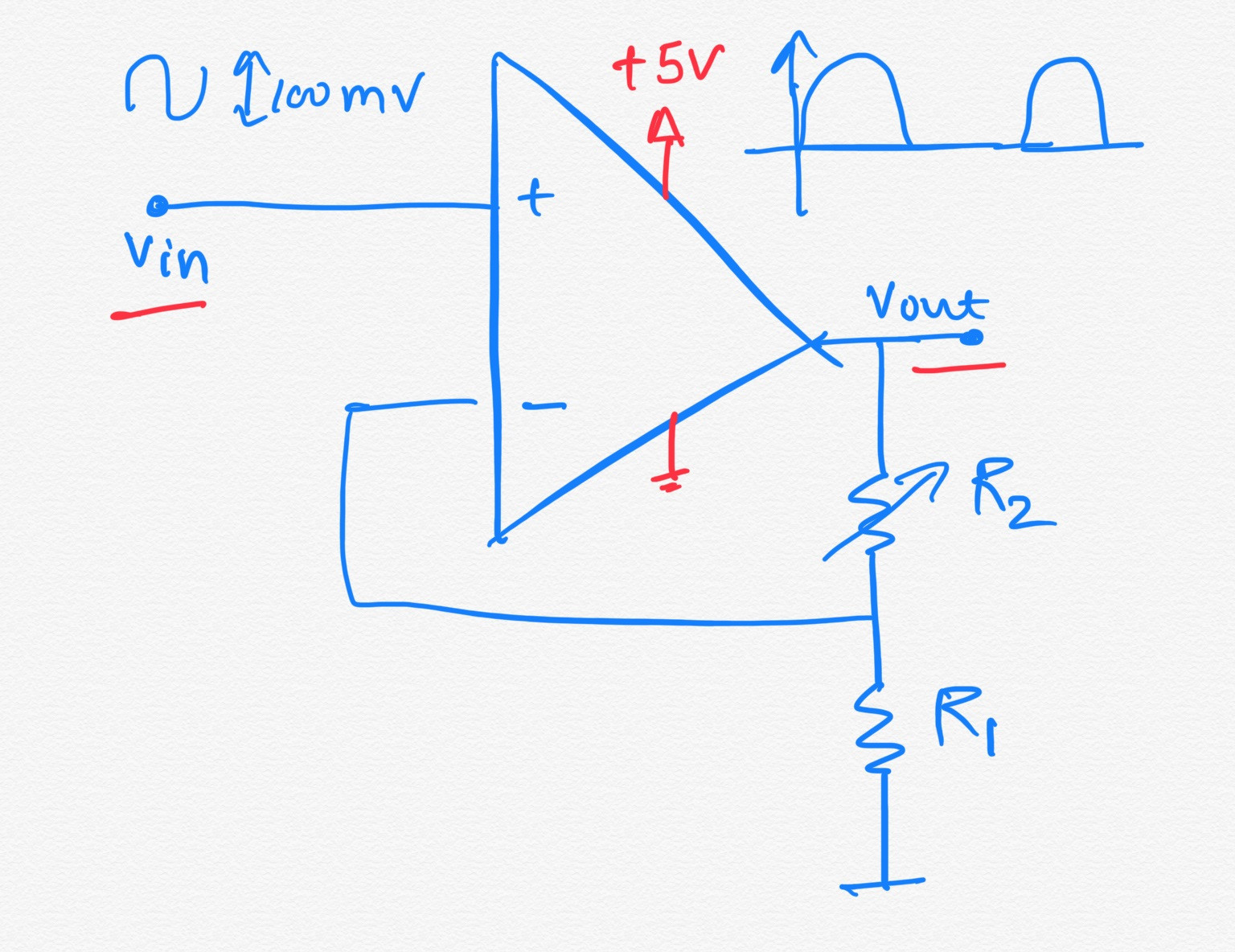 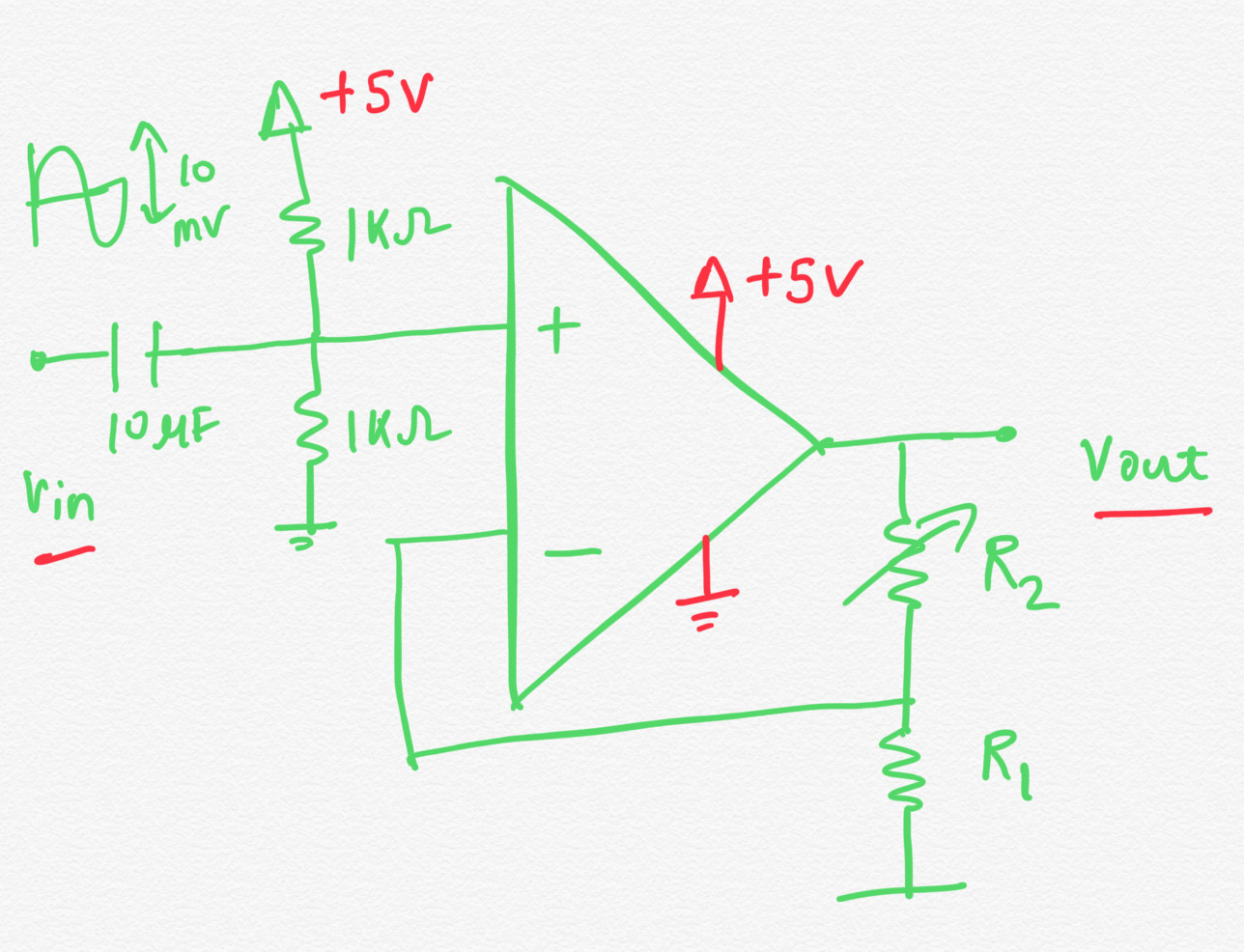 Good start, just one more thing to add... R1 cannot be DC-grounded. It must be AC-grounded with a capacitor. You would choose the capacitor value so that its reactance is equal to (or less than) R1 at the lowest frequency that's important to you. For example, if R1 is 1000 ohms, and you are amplifying audio where 20 Hz is the lowest audio frequency, C1 (below) is about 10uF.

With such a low DC supply voltage, a rail-to-rail opamp is a good choice...many common opamps cannot provide enough output signal swing with a +5V supply. 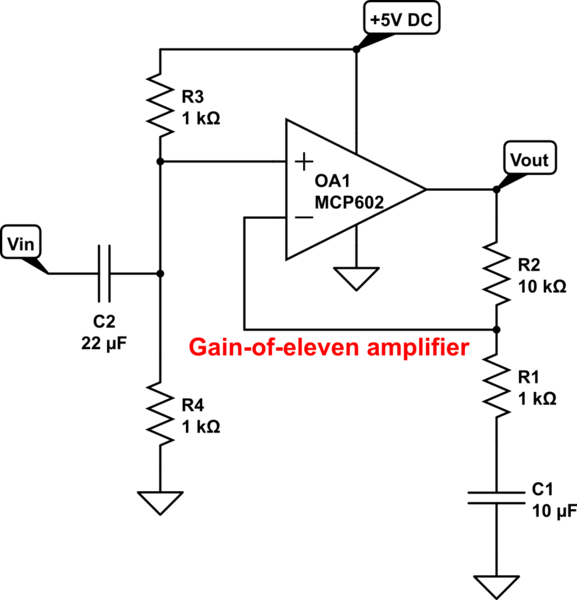 Your circuit still has DC gain. You need to add a cap between R1 and GND. The output will have a DC offset. If that needs to be removed, add a series cap between the output and whatever is downstream. Since you have not provided any frequency information, you're on your own to determine the values.

Those two 1k input resistors will probably be too low in value. They give an input resistance of 500R (1k//1k) which, unless the signal source resistance is very low, will reduce the amplitude of the input signal quite significantly.

I would recommend swapping them for 100k resistors (more typical value) giving an input resistance of 50k. The amount of signal then lost, by the potential divider formed by the source resistance and input resistance, will be much less and the gain of the amp will be closer to 1+(R2/R1).

The input resistance and source resistance in combination with the input capacitance form a high pass filter the cut-off frequency of which is given by:-