I'm building a circuit to power an arduino and later a stepper motor from a 3A 24V DC source. The DC power source is a switching power supply, much like those used in notebooks.

I'll need after powering off the circuit, 3-4 seconds of charge in the arduino for selective powering down the stepper driver.

So I built this part of the circuit for testing an electrolytic capacitor as a backup energy for this power down sequence after switching off the circuit. Arduino is not connected yet for safety, only the DC-DC converter, so no load in the test so far.

I'm using a 3.300uF 50V electrolytic capacitor, but I can get one of 10.000uF if needed. I'll probably need no more than 100mA of charge in the Arduino + Stepper driver to perform this selective shutdown later.

I switched-on this small circuit on and it worked, charged the capacitor in maybe 4-5 seconds and, with no load connected, only the RT8272 DC buck converter, and I got 5V on the Vout of the converter.

I then switched off the circuit and even with no load, the capacitor slowly discharged (probably the DC converter drew a bit of current, keeping the 5V in the Vout as the capacitor discharged), until the capacitor gets lower than 5V.

I only kept two multimeters measuring the voltages on the capacitor and on the VOUT of the Converter (5V).

But when I turned on the switch on again, allowing the power supply to recharge the capacitor and supply the DC converter (the capacitor was at 3V, not fully discharged) the DC Converter fried...

The stepper motor and high current part of the stepper driver are powered by a 24V line that is not in the same path of the capacitor. So the capacitor is needed just for 5V Arduino and 5V for keeping the stepper driver on for a while after it’s high current part get’s shut down. It won’t have to power the motor. But this circuit is not connected yet, just what the diagram shows so far.

What did I do wrong so far? How could I improve this initial circuit to prevent this from happening again?

Could the DC-DC Buck converter had such an increase of current when I switched back on the Power supply, to fry it, even with no load attached to it so far?

Thanks a lot for reading! 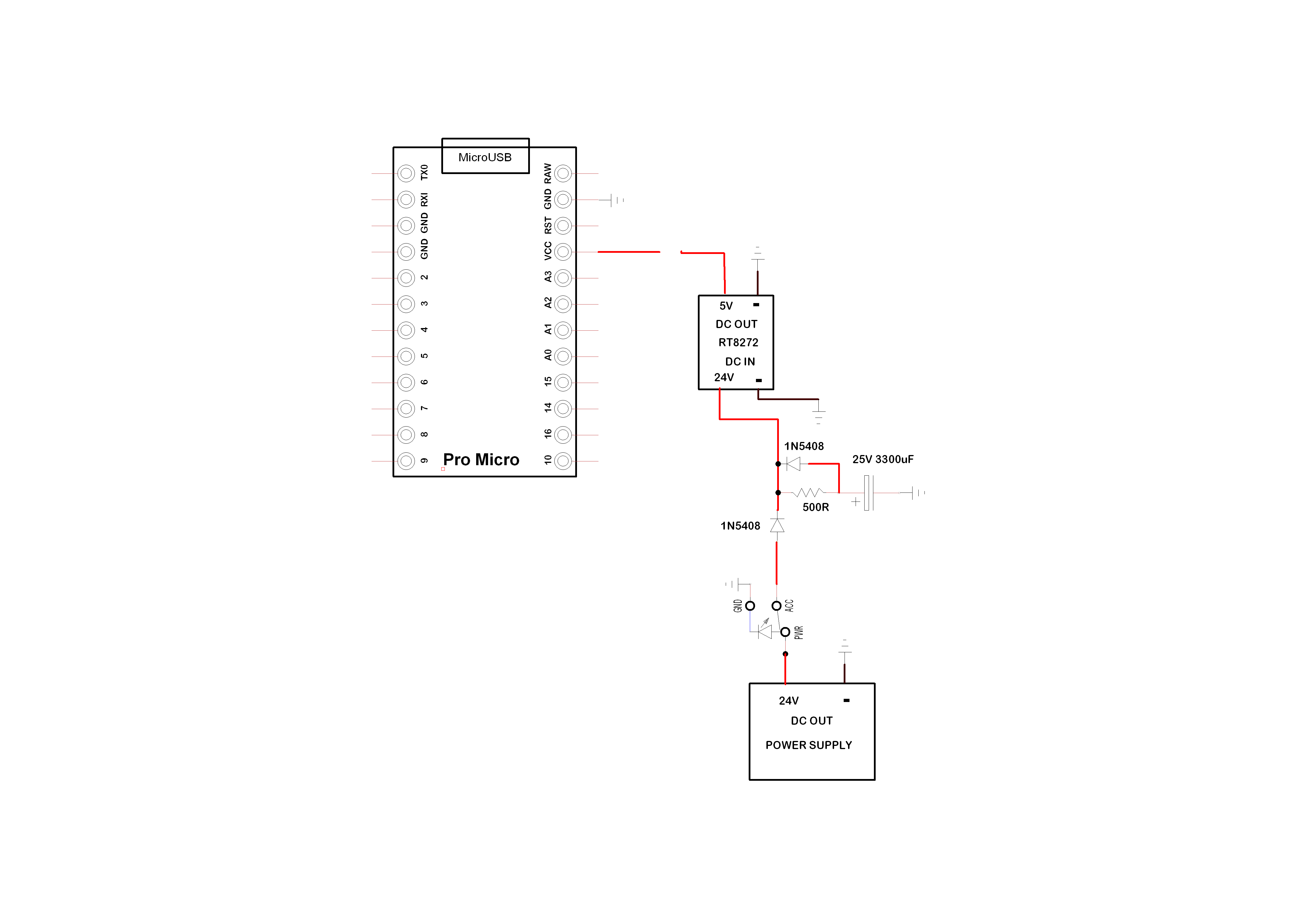 If you are using a buck converter, your input voltage must always exceed your output voltage. As your cap discharges, the voltage will drop and the current will rise to meet the demand.

The datasheet for your Buck shows no information for input voltages lower then 4.75v, therefore any behavior when supplied a lower voltage may not be consistent, nor what you expect. It's possible that you killed the chip when you browned it out by continuing to pull current until the cap has nothing left to give.

For your next test, I might look to use the EN pin to disable the buck once the voltage has dropped to a critical level.

Not the answer you're looking for? Browse other questions tagged arduino buck electrolytic-capacitor or ask your own question.