CAN bus TX failing in a strange way

I have been trying to pass CAN frames between two different CAN busses using two different CAN channels on a STM32F746 MCU. The system always fails and freezes up in TX when it is supposed to be passing through CAN messages between the busses. The firmware shows the transmit messages are never clearing the CAN mailbox, which first pointed me to investigate TX. I have encountered some strange looking behavior on TX that I need help understanding.

Below is a basic schematic of the CAN bus system: 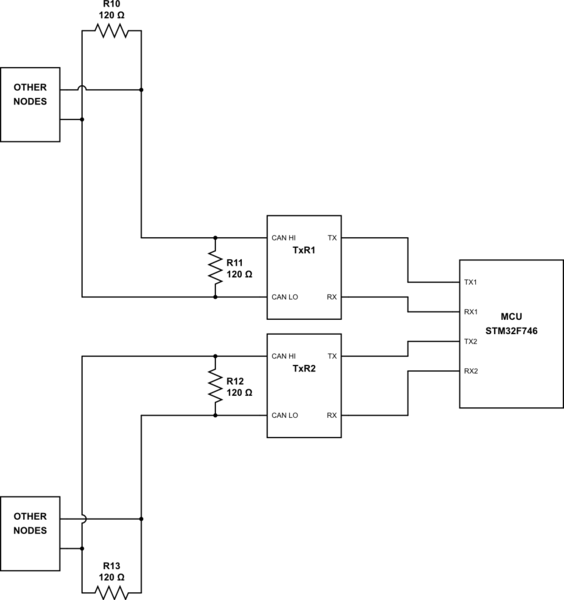 The bus operates at 125kHz (8us bit time) Bit timing is as follows:

In the following picture of TX and RX during operation, the system is not working as intended. RX looks healthy, but TX is supposed to be transmitting messages from the other bus. It is not. It appears to be ACKing however. 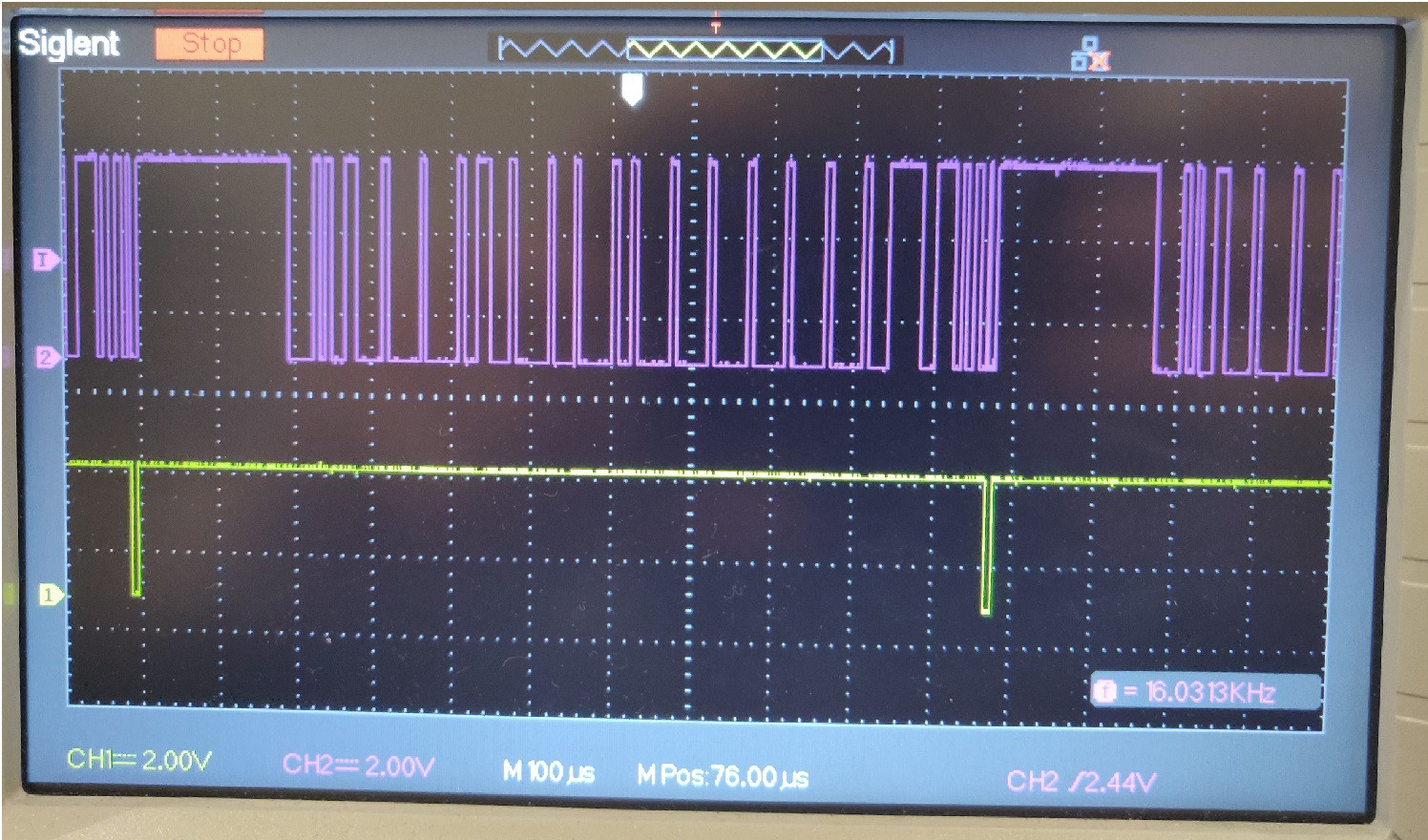 Next is a different capture from the same probing session. It gets weird! TX seems to jump in and fail in a way I don't understand. 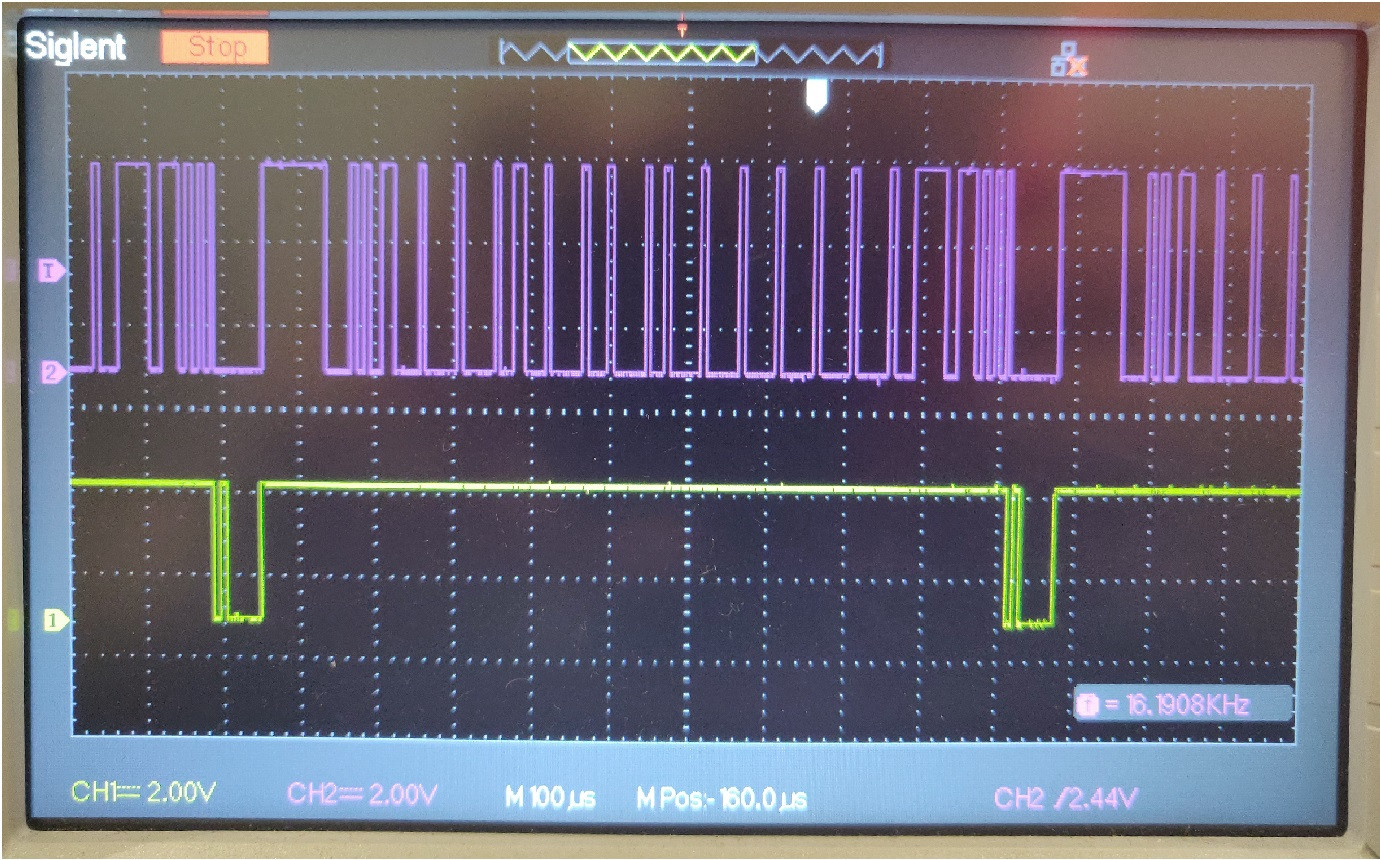 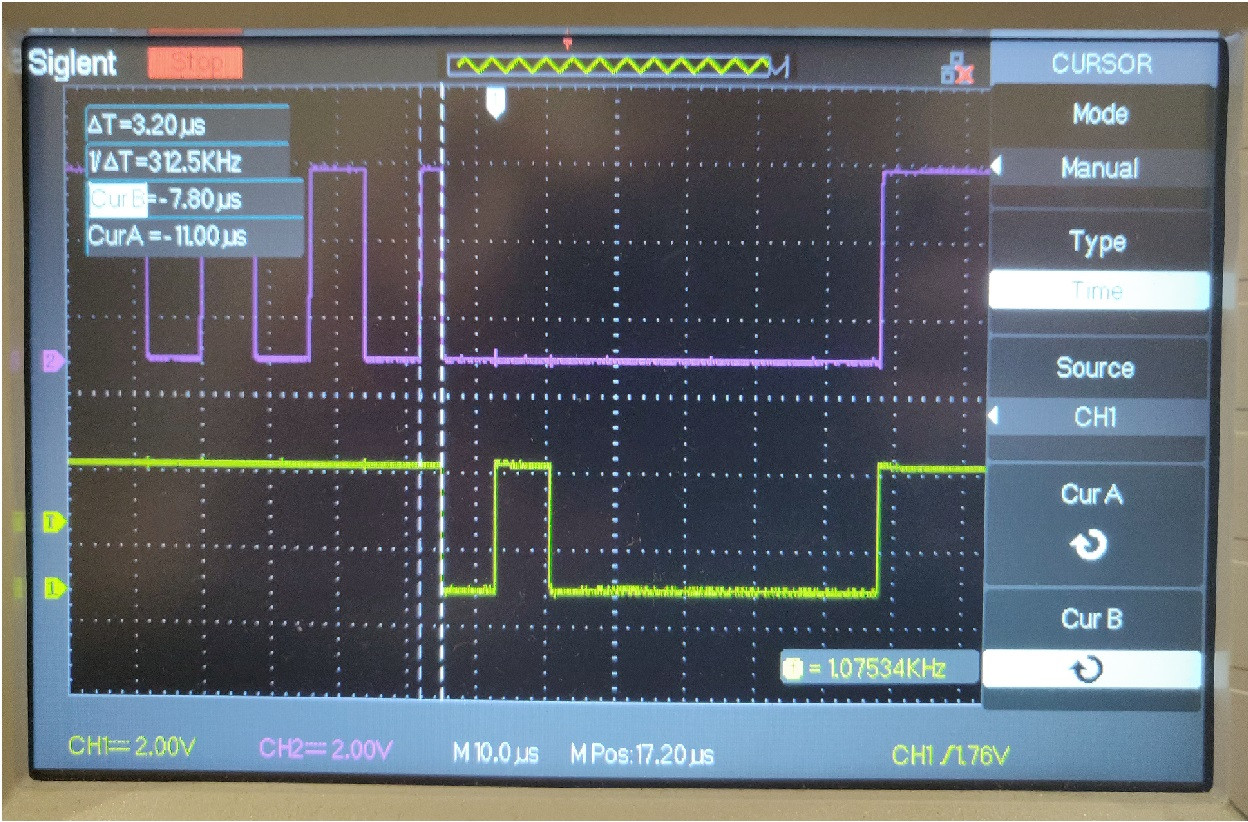 TX appears to be jumping in, maybe to ACK, but ends up truncating the end of the frame to shorten that last bit by over half of the normal 8us it should be. The last bit on RX is truncated to only 3.2us. TX then goes dominant for 4 or so bits inexplicably.

Finally, here is a zoomed in image of the 'normal' looking ACK from earlier. It also appears to be shortened to about 6.6us. 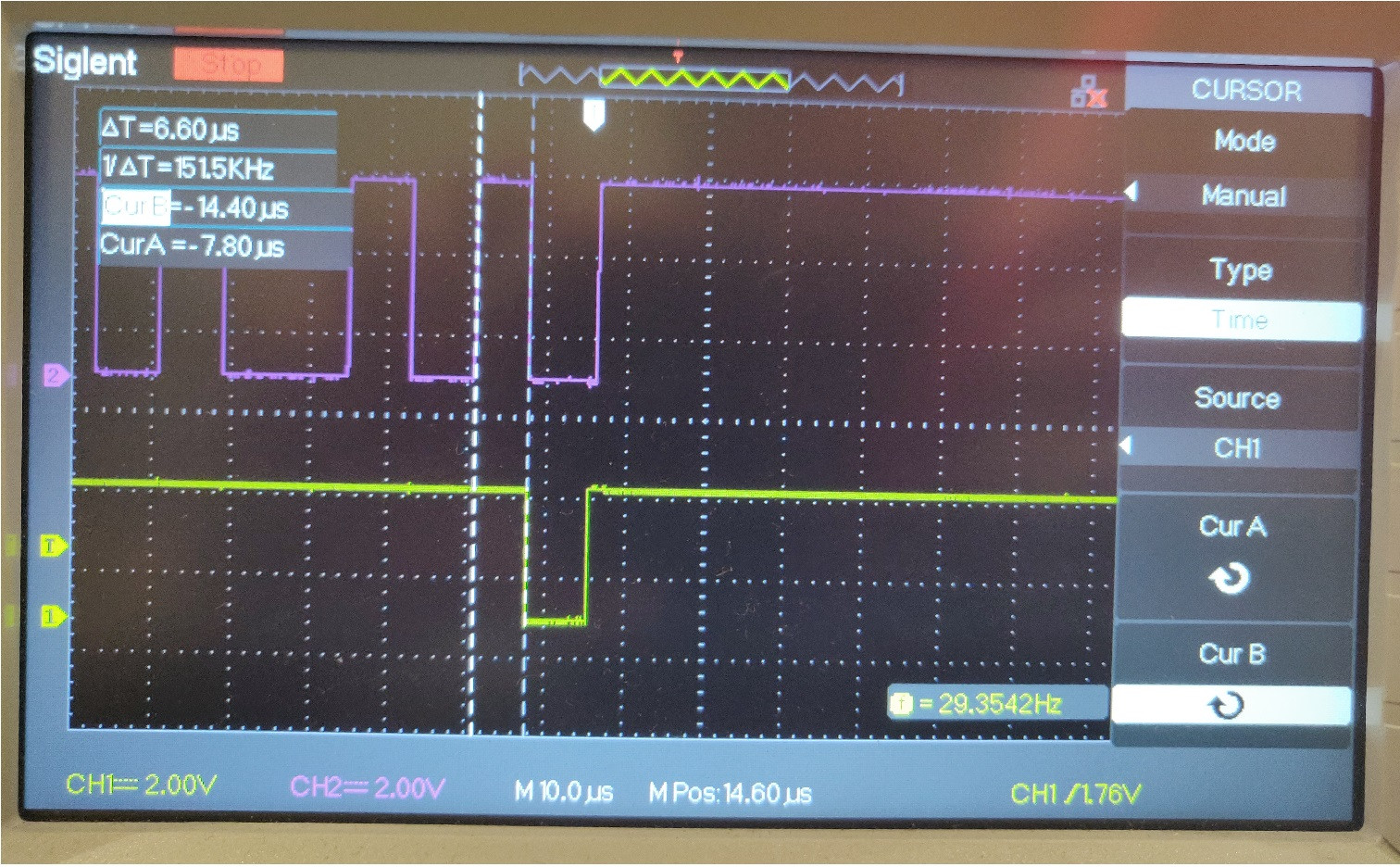 What could be causing this behavior?

I cannot figure out any mechanism which would lead to this type of error. Is it failing acknowledgments, arbitration, bit timing, something else, or a mix of all?

I have debugged the following:

I would greatly appreciate any insight or guidance on how to proceed with debugging from here.

In your first image you expect TX to transmit messages from the other bus. But it does not even try, which may suggest the buffer for incoming messages is empty or the controller already went error passive. What you can see is high bus utility due to the minimum time between frames.
Yet they are acknowledged correctly.

In your second image you are looking at an error flag at the end of the frame. This might suggest CRC failure. Please check the error counters.

It's a good thing CAN bus controllers have sophisticated error counters. So you can go an look which error occurred by looking the status registers.

It's also more valuable to look at the CAN bus with more then only an oscilloscope. See if you can acquire at least a logic analyzer (with protocol decoding). Or an analyzer from Kvaser/Vector/Peak.

I have finally found a solution that works. After exhausting every possible hardware debug possibility, I recreated the system using STM Nucleo boards. After 30% of nucleo boards worked and the rest failed, with identical hardware setup, I was lead to investigate the only remaining variable I could think of, which was the variance on the MCU internal resonator. After activating my external high accuracy resonator, and lowering the entire application master clock speed, I was able to get something working. What I learned is clock integrity is VERY important in this type of application.

Resources I used to solve this:

Not the answer you're looking for? Browse other questions tagged stm32 can or ask your own question.

2
Isolated CAN transceivers as a CAN bus extender

8
Why won't my CAN transceiver receive messages unless there is a long startup delay or a bus analyzer connected?
5
CAN bus bit timing with 16 MHz crystal
2
Kvaser Leaf Light CAN BUS Simulator problems
2
STM32 CAN bus Rx interrupt only triggers in loopback mode
0
Do I need to measure impedance before every CAN termination?