How to wire a normally open switch to a recoil start engine with no external battery?

I am making an engine toggle switch for a recoil-start engine using two switches wired in series for safety. The engine will shut off only when two "kill" cables on the front have been connected. In the picture below, I have lengthened the wire to make it more noticeable and easier to work with. 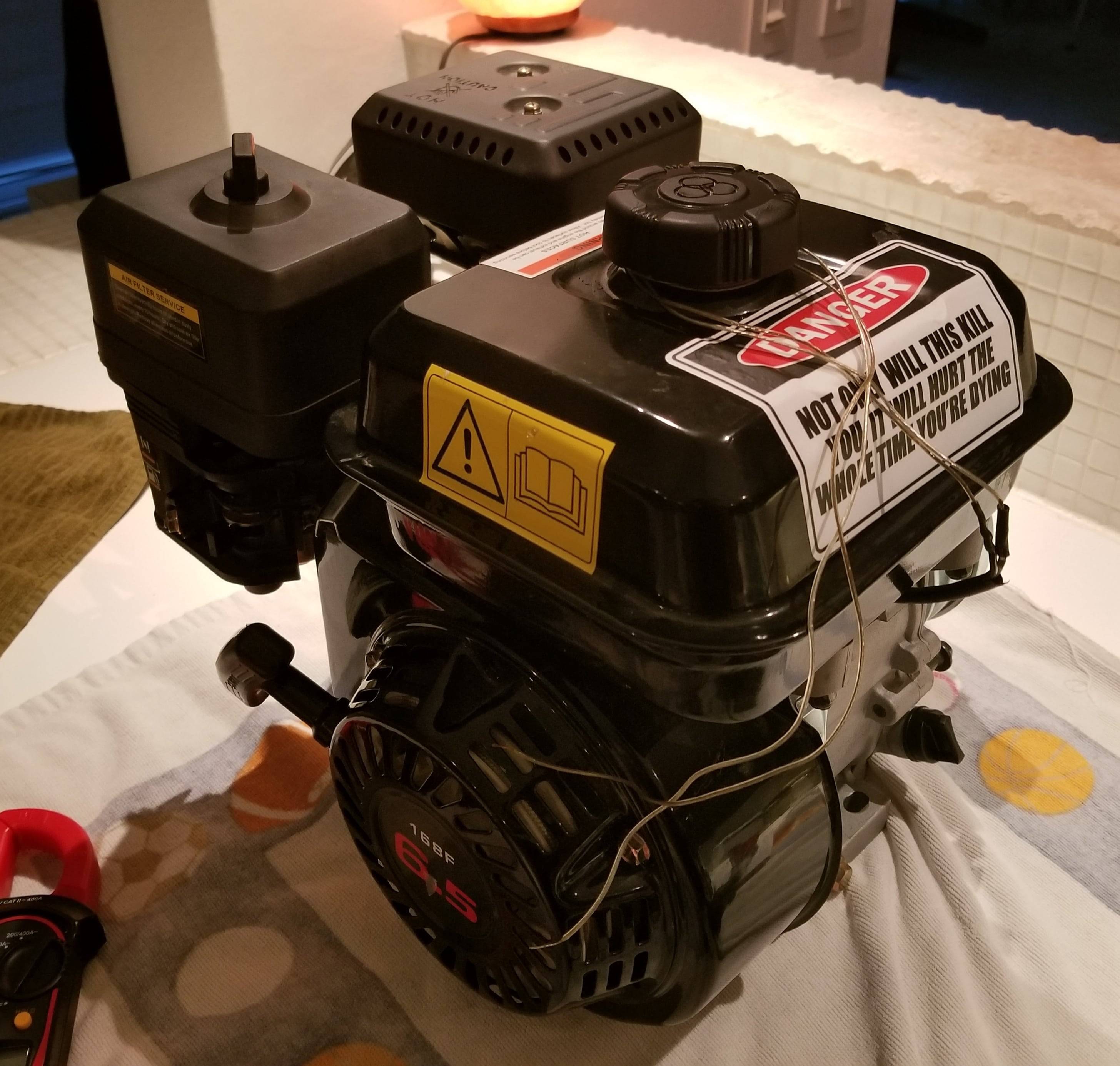 Thankfully I was able to find some answers on how to flip the switches to act normally closed from using concepts from this kill switch post. I also viewed a post about latching relays to potentially use for hooking up to the engine. I spent some time prototyping these ideas and it works exactly as I need it to. Below are the schematic and pictures of the functioning prototype, whenever the LED is ON the engine is OFF because a connection has been established: 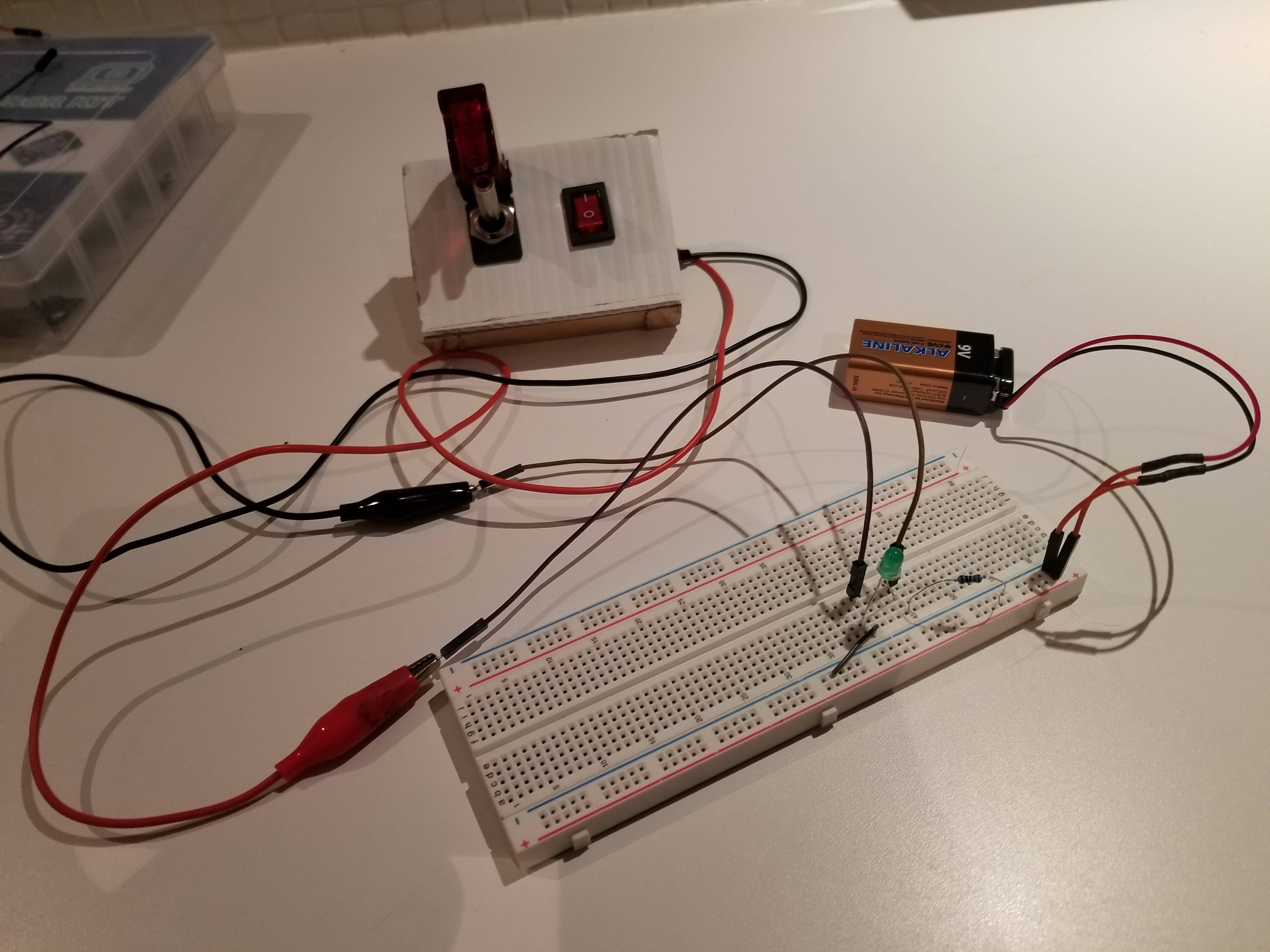 LED OFF means Engine ON 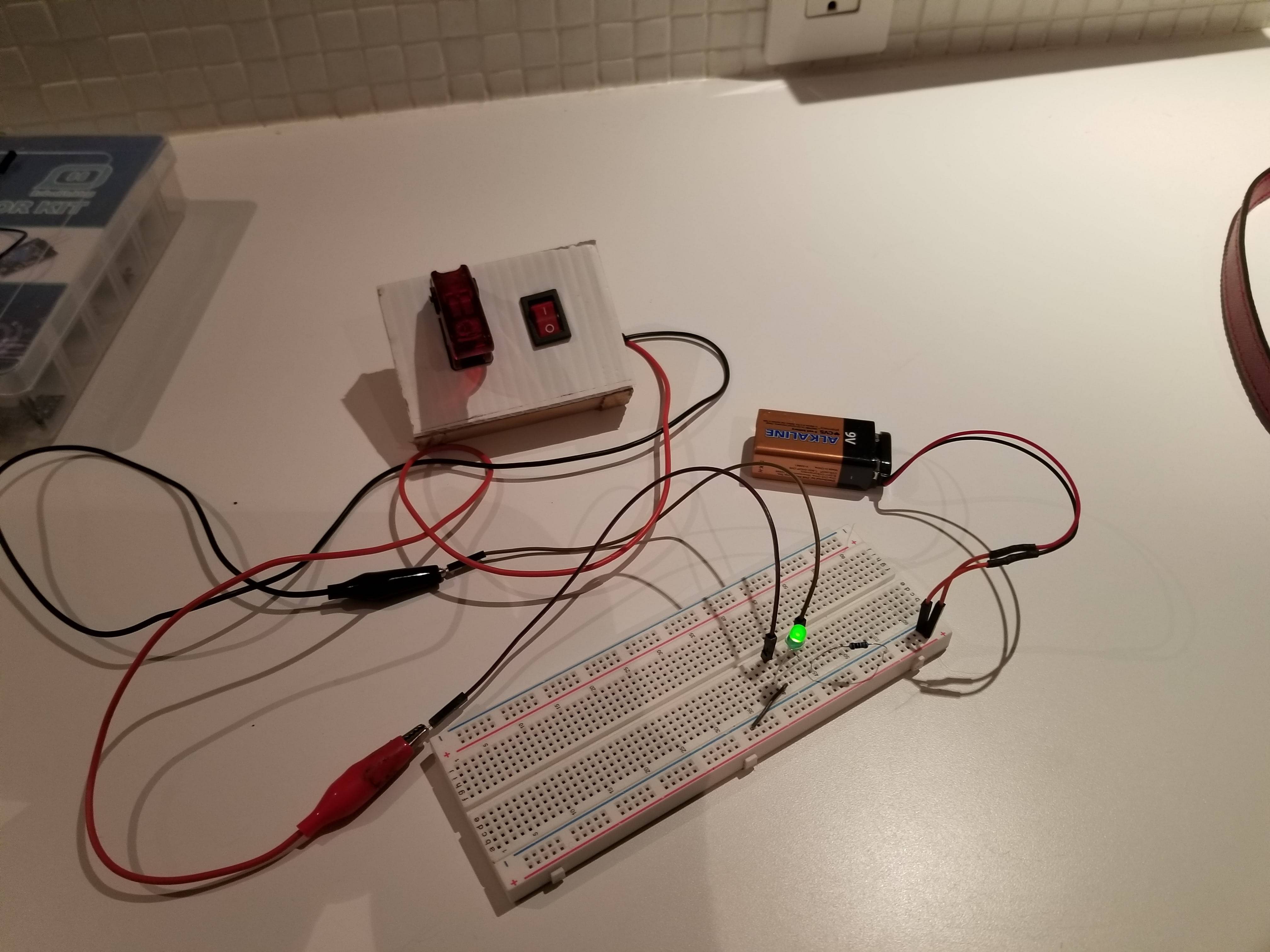 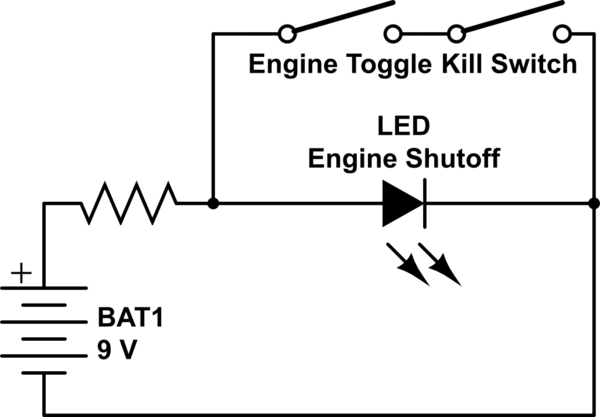 For my question, I would have been able to hook up this circuit and been done with it except a recoil-start engine does not utilize an external battery like this prototype circuit and most of the engine kill-switch questions on this forum do. I've noticed through testing that the battery is crucial for making the circuit work. Given that the kill cables from the engine are wired with its spark plug, how would I be able to implement the Normally-Open to Normally-Closed wiring without having a battery? Is there some way to wire the same path the battery creates without using a battery?

You don't want to be relying on a battery-powered circuit to actuate a relay that will kill the engine, if the battery is dead you lose the ability to stop the engine. Ideally a safety circuit is wired as Ron suggests so that is is failsafe and ceases operation of the circuit is opened, but that's not how stop switch on these engines work, they short a winding in the magneto that prevents the generation of a spark at the plug by diverting the generated current through the kill switch.

So you need the switches to be normally open such that if either one is closed it will kill the engine. To get the logic correct, you then wire the two in parallel.

If I remember right, the small rocker switch on my weed trimmer has the markings the wrong way around, it is biased to the '0' open side as you'd expect for a NO switch, and you push it to the '1' closed position to stop the engine. If you have the possibility of inverting the switches so that the markings or physical position are reversed, you may be able to achieve your intent without any additional componentry - the rocker on the small rocker switch typically will pop out of its housing with a screwdriver/knife blade pushed down either side to flex the body out enough. Looking at the photos - is the switched biased off? It's in the on position.

Not the answer you're looking for? Browse other questions tagged batteries switches normally-open or ask your own question.

1
Inverting the logic of the inhibit pin on TI PTR08100W
0
How to make inverse switch with bc547?
5
How to prevent sealed in product battery drain on store shelf?
0
Load Switch for controlling battery circuit power via MCU GPIO pin
2
Mechanically and electrically controlled mains switch that preserves mechanical control without power?
0
Liquid level switch with normally open contact
0
Do fuse tap turn off with kill switch?
0
Soft power off with delay after flipping physical switch
1
How to constantly power an LED circuit normally controlled with a momentary switch?