I have built this circuit, supply ±12V: 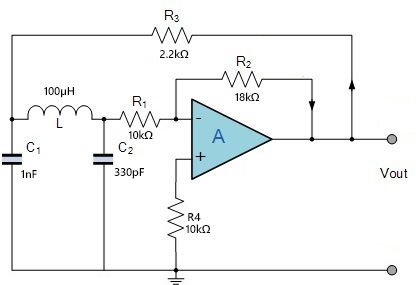 I have found the transfer function of the filter involved:

Upon my calculations, the gain provided by the op amp should be of ~1 but it didn't start and I had to increase the gain to 1.8 (R2/R1). Also, without the R4 resistor the op amp is acting strangely, saturates - very high peak to peak amplitude - and oscillates at very high frequency (10 times the one of the oscillator) and heats a lot.

My problem is that the amplitude of the oscillations - at 1MHz - is very unstable as temperature varies slightly.

I also tried with thsese values:

But I got the same behaviour.

I don't know if the problem comes from the resistors as they change of value with little temperature variations or if it comes from the op amp directly.

Maybe I have badly chosen the values of the components?

Is there a way to reduce this amplitude thermal drift of this circuit?

UPDATE: I just figured I was using carbon film resistors which have a high temperature coefficient. I will try to replace them by metal film resistors.Results: Didn't change anything.

The voltage offset of the amplifier is changing as well as most of your components. Make sure they all have low temperature coefficient's. 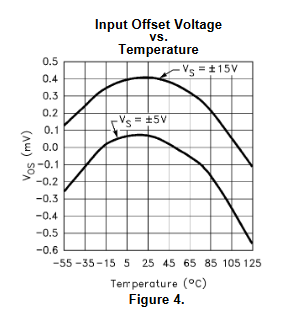 Another problem with the Colpitts oscillator is the use of magnetic elements, they must be properly shielded (which can be difficult with magnetic fields.)

This might be a better oscillator. I've seen them used in high stability applications. use low TC resistors, a low TC amp and a polypropylene capacitor. There are much less components to worry about (and less TC's) and much less interference from magnetic noise. 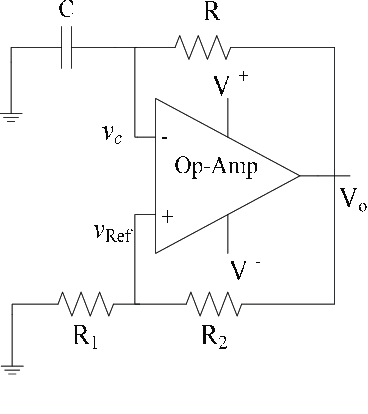 Another problem with either oscillator is the capacitors, capacitors can act like microphones and pick up vibrations, polyproplene capacitors are less susceptible to this effect.

Not the answer you're looking for? Browse other questions tagged analog oscillator thermal oscillation signal-theory or ask your own question.