I have an issue with my binary up-counter using a 74LS74AN D-Flip Flop
The issue is the following:
I am trying to toggle the flipflop state by sending it a 1Hz Square wave (5V Peak) to make it toggle every clock cycle (Rising Edge triggered)
This is the schematic I came up: 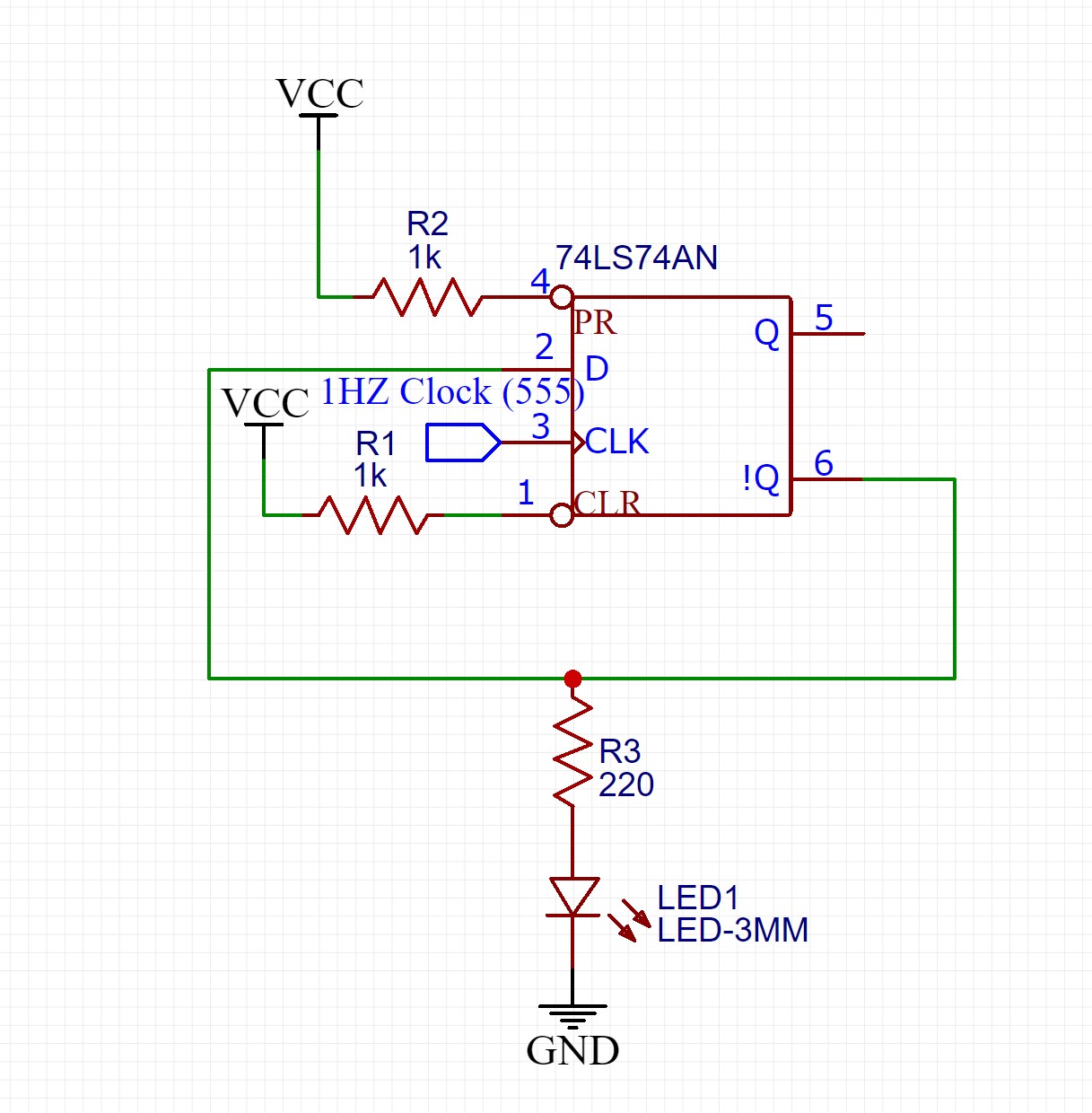 And this is the datasheet:
https://pdf1.alldatasheet.com/datasheet-pdf/view/12660/ONSEMI/SN74LS74AN.html

For some reason the flipFlop will not toggle when the LED is connected. I have measured at the D-Pin with the LED connected and it reads 3.3V roughly. Which is expected when the 74LS74AN Outputs at 3.5V. According to the datasheet High Level is 2V.
I already tried out another chip. I got the same issue there.

Connect the LED from Vcc through the resistor to the Q output (with the proper LED polarity, of course).

The sourcing capability is much less, as shown in this datasheet. The currents (-0.4mA and 8mA) represent the maximum loading with which the output is guaranteed to have valid logic output voltages including noise margin, if you abuse the output and don't need it to have a valid logic level you can get much more current but I don't advise that.

The LED seems to be loading Qn too much.

In general, you can't drive an LED with a TTL output and still use that output as a logic signal. Your flip-flop can only provide 400\$\mu\$A when the output is a valid logic 1. Your LED circuit is sinking so much current that the flip-flop can't provide a good logic 1 on the !Q output.

Not the answer you're looking for? Browse other questions tagged digital-logic flipflop counter or ask your own question.