Three phase systems - when is potential of a star node equal to zero?

I had to find total impedance of the following three phase circuit with symmetric line voltages: 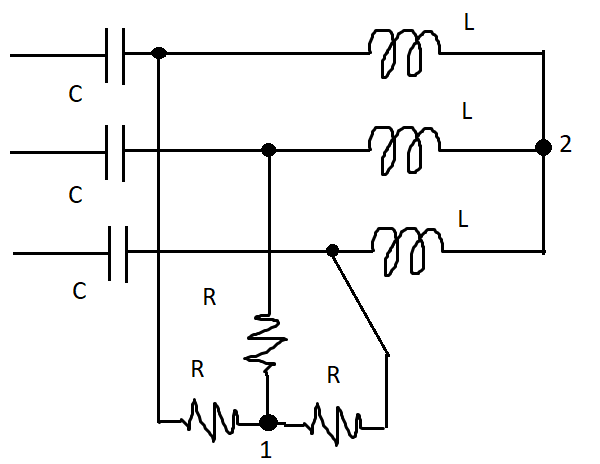 I've been told that nodes 1 and 2 can be connected because their potentials are equal (zero).After connecting these two nodes, resistor R and inductor L are connected in parallel.Why can we connect these two nodes (/ why are their potentials equal to zero)?I know that in symmetric systems with one generator per phase (three generators in total) and one star receiver, node analysis shows that node potential of the receiving star's node is zero, but what happens in this case?

Not the answer you're looking for? Browse other questions tagged circuit-analysis ac three-phase or ask your own question.