What tool produces this type of layout?

I don't under this layout figure (5.c) in pic attached. This is a screenshot from research paper in this link:-

Alternate link for the paper in case if you are not a member of IEEE https://1drv.ms/b/s!AuHq5DWFZ2WugWlDfRyx1OofH1-N 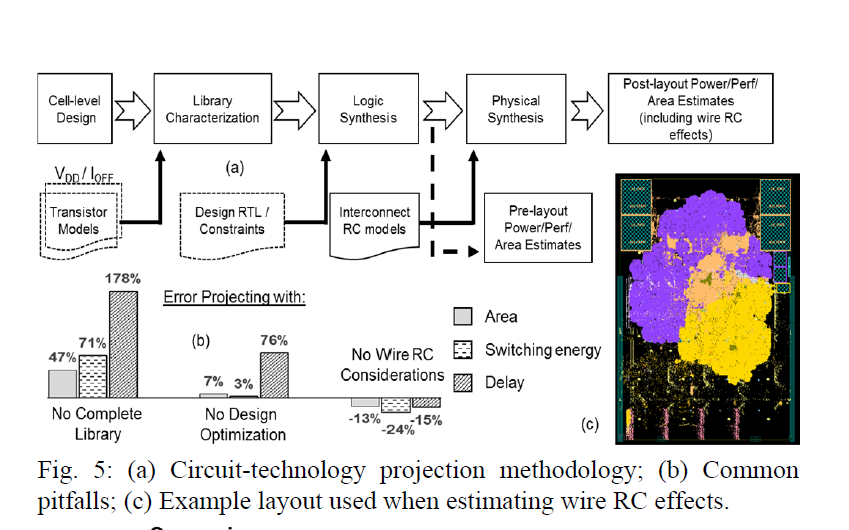 My basic Curiosity is that layout are generally in shape of squares and rectangles, but in this layout what is that blot (ink drop) like thing in fig 5.c

The "blob" in the picture is a depiction of an ASIC physical layout created by a place-and-route algorithm. These algorithms often use randomized simulating annealing methods to place logic within a grid. These methods don't inherently favor a rectilinear layout; they often create layouts with an organic, cloud-like appearance. Similar algorithms are used for FPGA design as well.

These sorts of layouts are not uncommon in larger modern digital designs, like microcontrollers or SoCs. A few examples can be seen in die shots, including:

This looks like a power integrity tool in a VLSI back-end flow, likely Cadence Voltus or similar.

Not the answer you're looking for? Browse other questions tagged power integrated-circuit layout vlsi cadence or ask your own question.

0
Layout and Capacitance of 24/12 Inverter
6
What is the purpose of this layout feature
0
What is the type (or package) of this IC?
4
How is this crystal layout?
1
Why use more than one contact in VLSI layout?
0
Capacitor IC layout