Edit: My primary objective is to learn the mathematical model to compute the load resistor \$R_s\$ to satisfy a given crystal's drive level, not just fixing the one instance below.

I'm a novice, but AFAICT the oscillator circuit of the SN74HC4060 is just a buffered CMOS inverter: 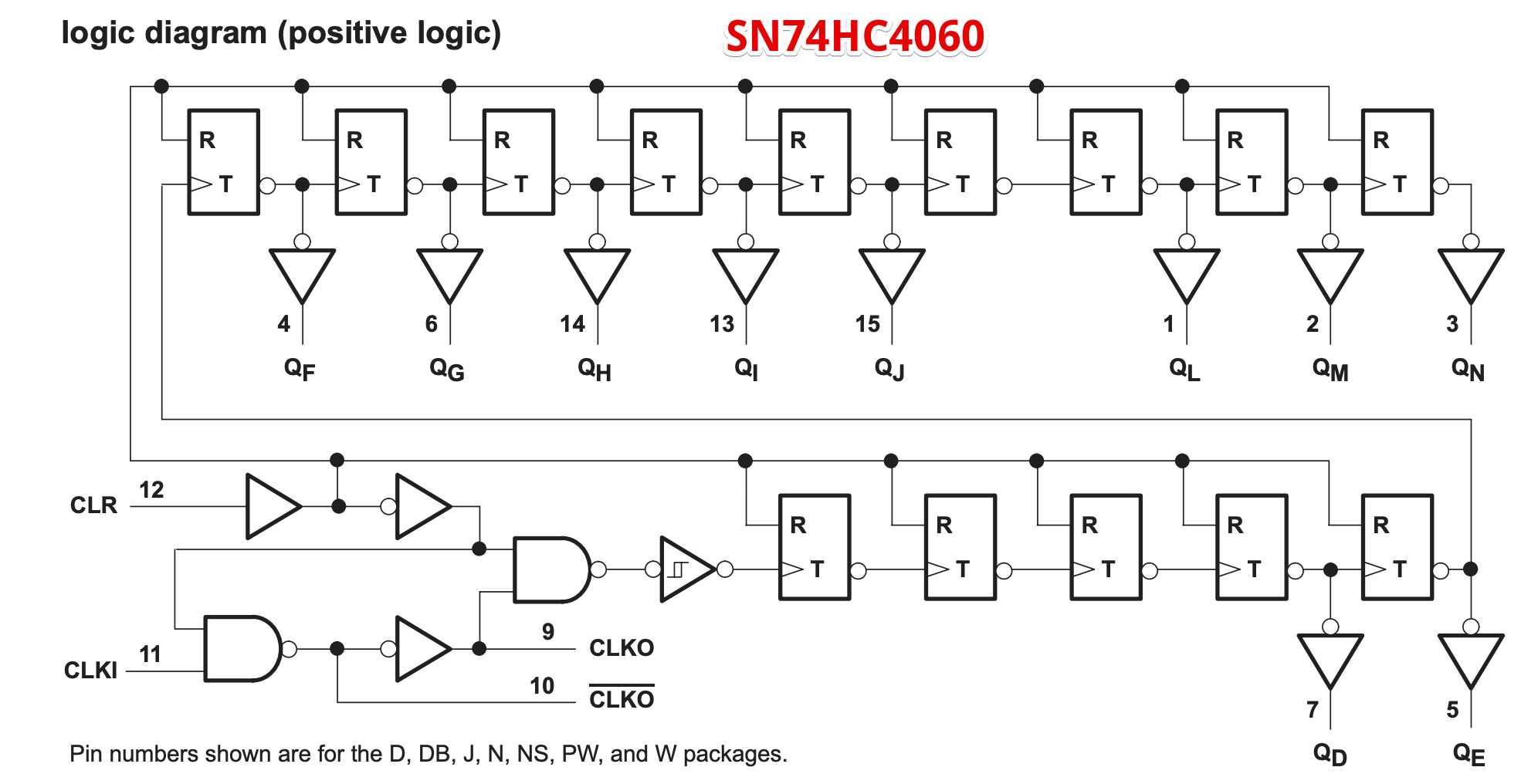 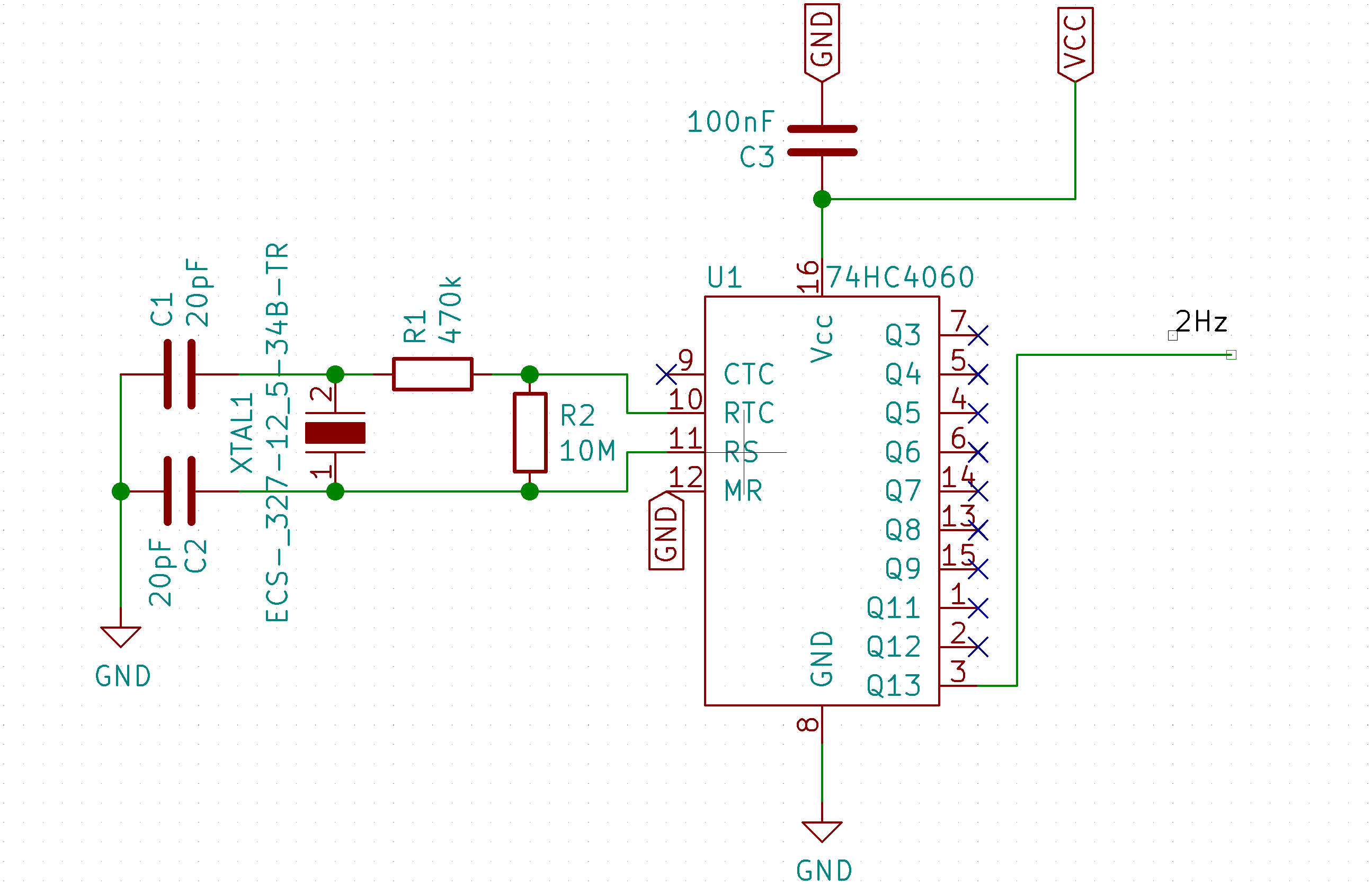 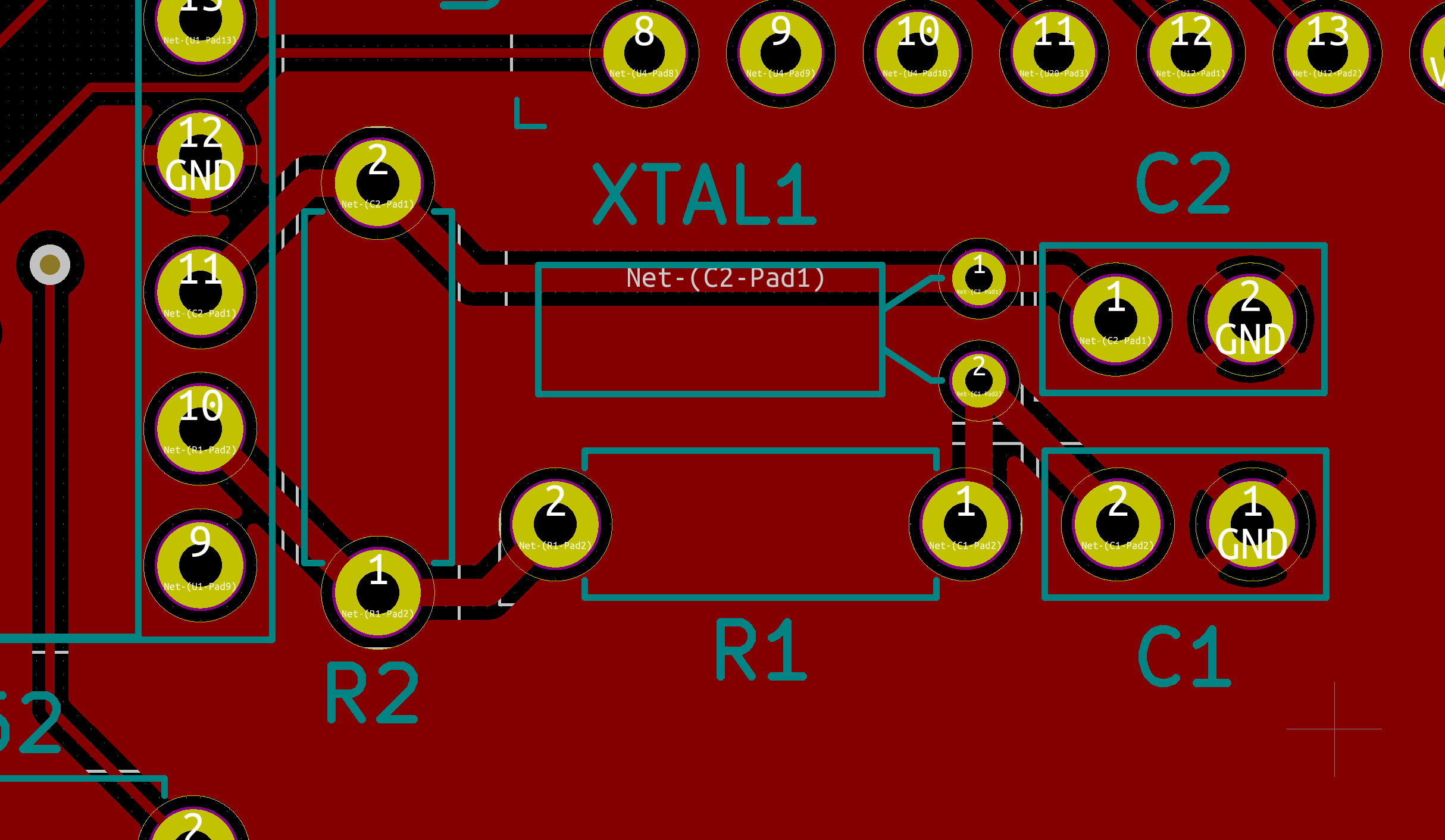 While I get the crystal to oscillate, it's sometimes unstable and varies in frequency. I'm a novice and I'm struggling trying to work out the appropriate values for the load resistor \$R_1\$.

As I understand, the crystal's 12.5pF load capacitance should be equal to:

Following online rules of thumb, I've been using 3pF for each and 1pF for \$C_{stray}\$. Substitution then gives:

The value of 470k in the schematic above was taken from https://www.eevblog.com/forum/beginners/using-a-32-768khz-crystal-with-4060-frequency-divider/ but I don't really understand how it was derived.

Yet, I also understand that \$R_1\$ serves to lower the current through the crystal. The crystal's datasheet lists the drive level as \$1 {\mu}W\$ and 241k would seem too low to achieve that.

My circuit runs at 5V. With \$R_1\$ and \$X_{C_1}\$ both equal to 242k and the crystal's effective series resistance at 35k, how do I calculate the current through and voltage over the crystal?

This is probably where I go off the rails (if I'm not already), but do I approach this as the following equivalent resistor network? 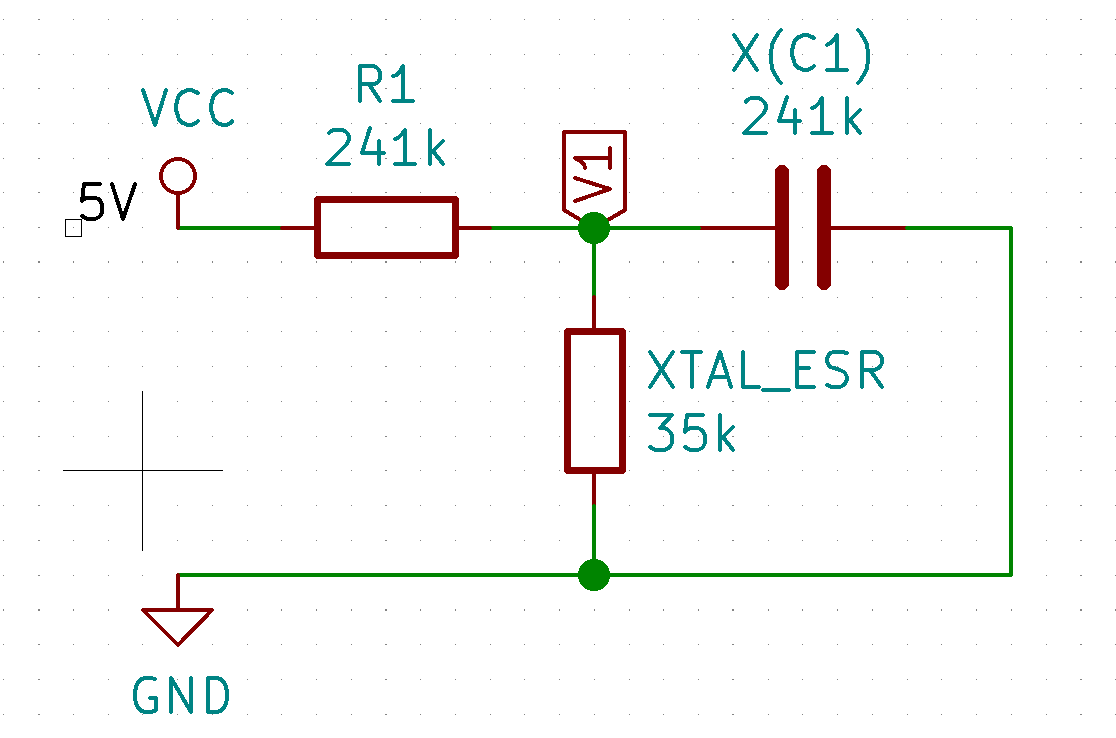 How do I approach calculating appropriate values for \$R_1\$ that satisfy the crystal's specifications?

I didn’t see where you read it has to be such a large value, but this barely is enough to drive steady oscillation. Your calculations are not correct.

The correct value ought to be taken Only from the XTAL OEM datasheet. Failing this, it is about 10k Ohms times the thickness of the Xtal in mm. E.g. 20k ~ 40k Ohm.

The reason no one tells anyone why this low uW power level has a limit is. It is not from the resulting heat but rather the breakdown voltage in the XTAL which amplifies the internal “piezo-motional capacitance” to reach > 10kV x the applied input voltage.

This is the approximate Q of the resonator. (10k min)

When it breaks down then the power is absorbed immediately to damage to Xtal lattice structure interface and loss in performance.

EDIT July 20:
There is also a Low Pass Filter (LPF)function for harmonic content which contributes to the power dissipation but not the resonant frequency tuning. This breakpoint occurs at Rs*C1 = Tau = 1/(2pi * f).

The formula used initially was for the power rating where larger resonators have higher Q and thus higher minimum values of approx 10kΩ /mm thickness. There is a significant margin before signal attenuation occurs at the fundamental at 250kΩ. if 2.5MΩ was used then the inverter gain needs to compensate for the 20dB loss to achieve a square wave out with excess loop gain. 32kHz Xtals have a parabolic peak which is flattest and gives max f. at room temp then lowers on either side.

Not the answer you're looking for? Browse other questions tagged oscillator cmos crystal 74hc4046 or ask your own question.

8
Why do MCU crystal oscillators not fry the crystals?
0
Monostable circuit with 1 hour high output