Correct way to control 12V relay from a Raspberry Pi

I am working on a project where I need to control a couple of relays from the GPIO header on a Raspberry Pi. I tried getting a PCB with the layout like the right version in the image below, but I cannot switch the relay by setting the GPIO pin high/low.

After some more studying I came up with version 2, which is the left version, using an NPN instead of a PNP transistor - is it correctly understood that it looks more correct than the first version?

VCC is 12v and H1PXX is the GPIO pins which are 3.3v. P1/P2 are used to determine what to switch and are not relevant for this

Can I somehow make the right version work? I already have the printed circuit boards, so if it is just a matter of soldering on a wire/resistor somewhere I could do that without too much of a problem. 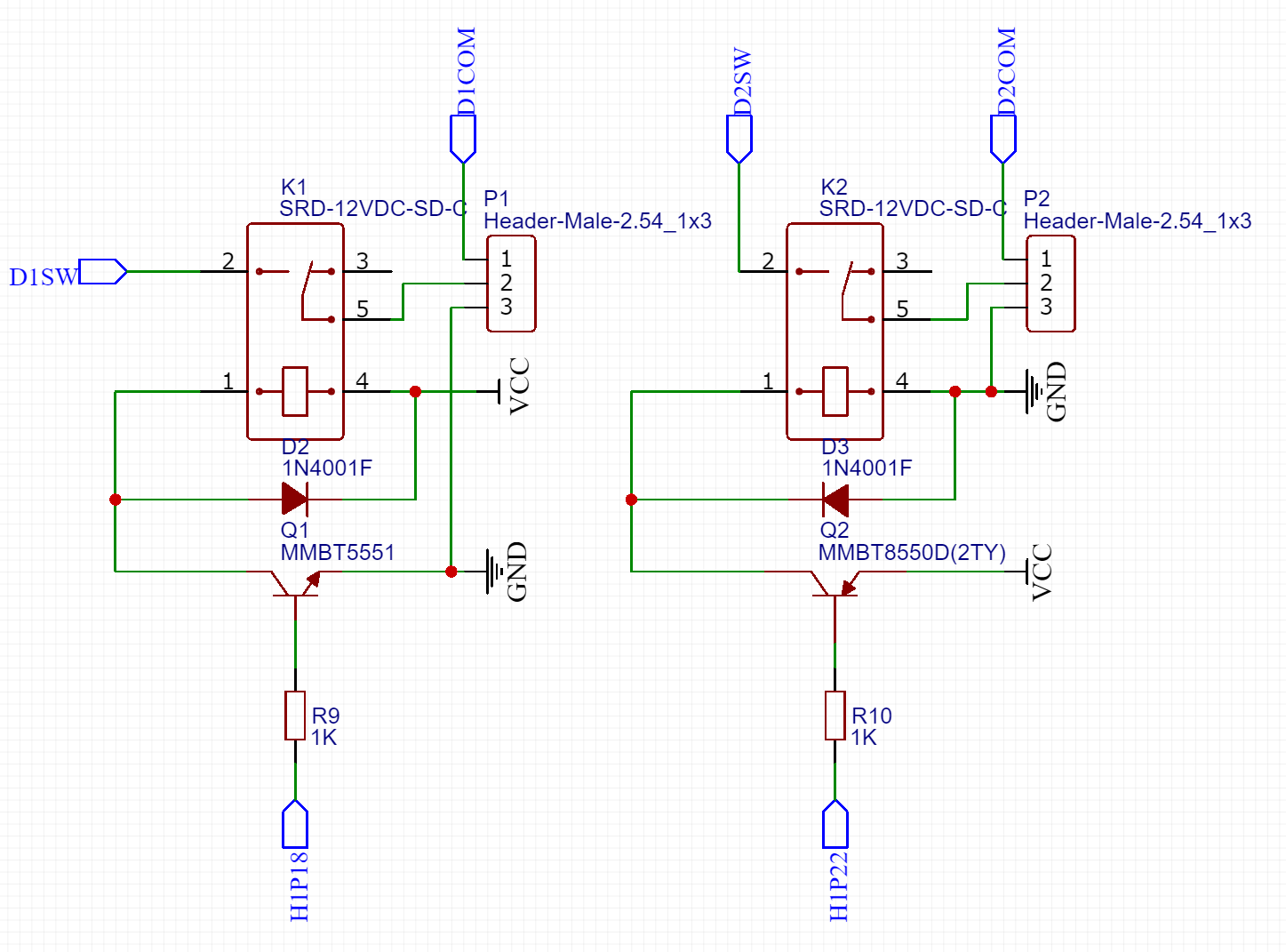 Since you already have the printed circuitboards you should implement the NPN version.

EDIT
Regarding the NPN version: as you commented you need a NPN with the correct pinning (i.e. with collector and emitter swapped) like the MMBT9013 (don't know if it still exists).

If your 12V supply is completely isolated from the Raspberry Pi power supply and ground you can make the right-hand version work.

Be aware that if the 12V supply has any other connection (such as a ground) very bad (i.e. fatal) things will happen to your Raspberry Pi (and quite possibly to things plugged into it). It's better to ask a few questions than to deal with a fried board etc..

Not the answer you're looking for? Browse other questions tagged transistors relay raspberry-pi npn pnp or ask your own question.