Is this fuse time-current curve wrong?

I'm looking at the datasheet for the Bel 0ADKC /0ADKP fuses.

In it is this: 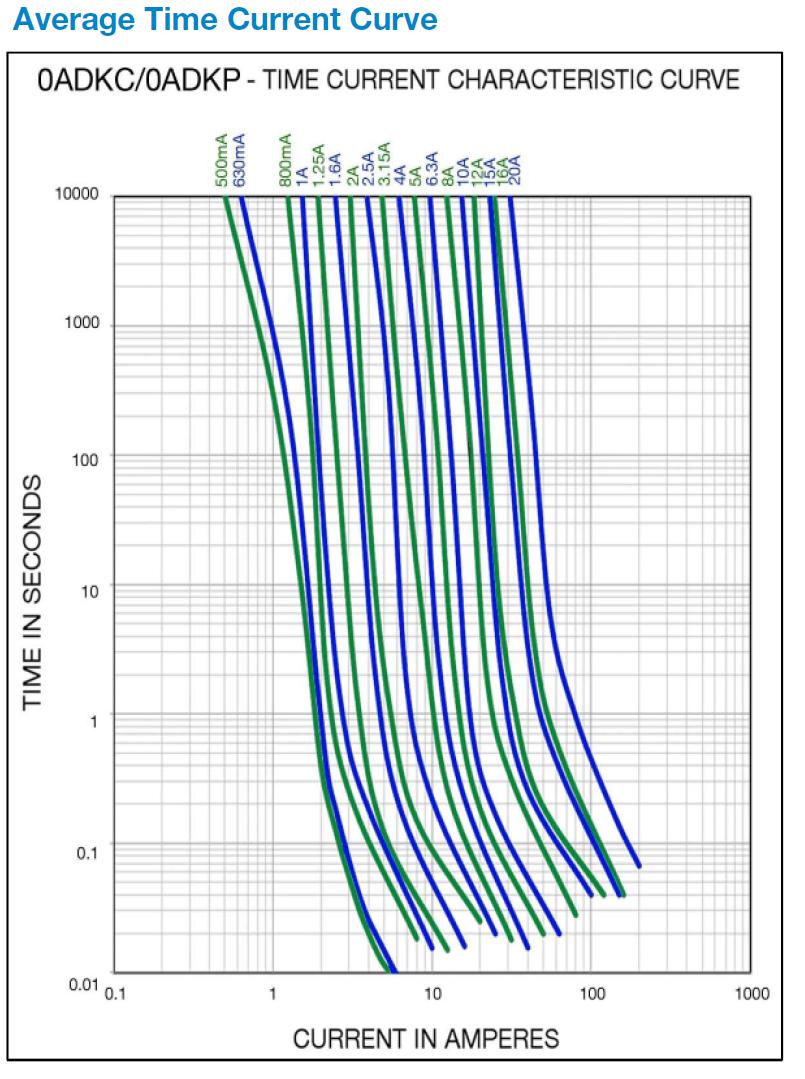 These curves don't seem correct. Notice that the curves for fuses with >= 800mA asymptotically approaches a value that doesn't match their rated current.

Is there some assumption I am unaware of? Or is this graph in error?

This isn't the case with other curves that I see, but those were fast-acting fuses and these are time-delay fuses.

For comparison these are the curves for the fast-acting Bel 0DAC/0ADAP fuses and the curves do approach the rated current. 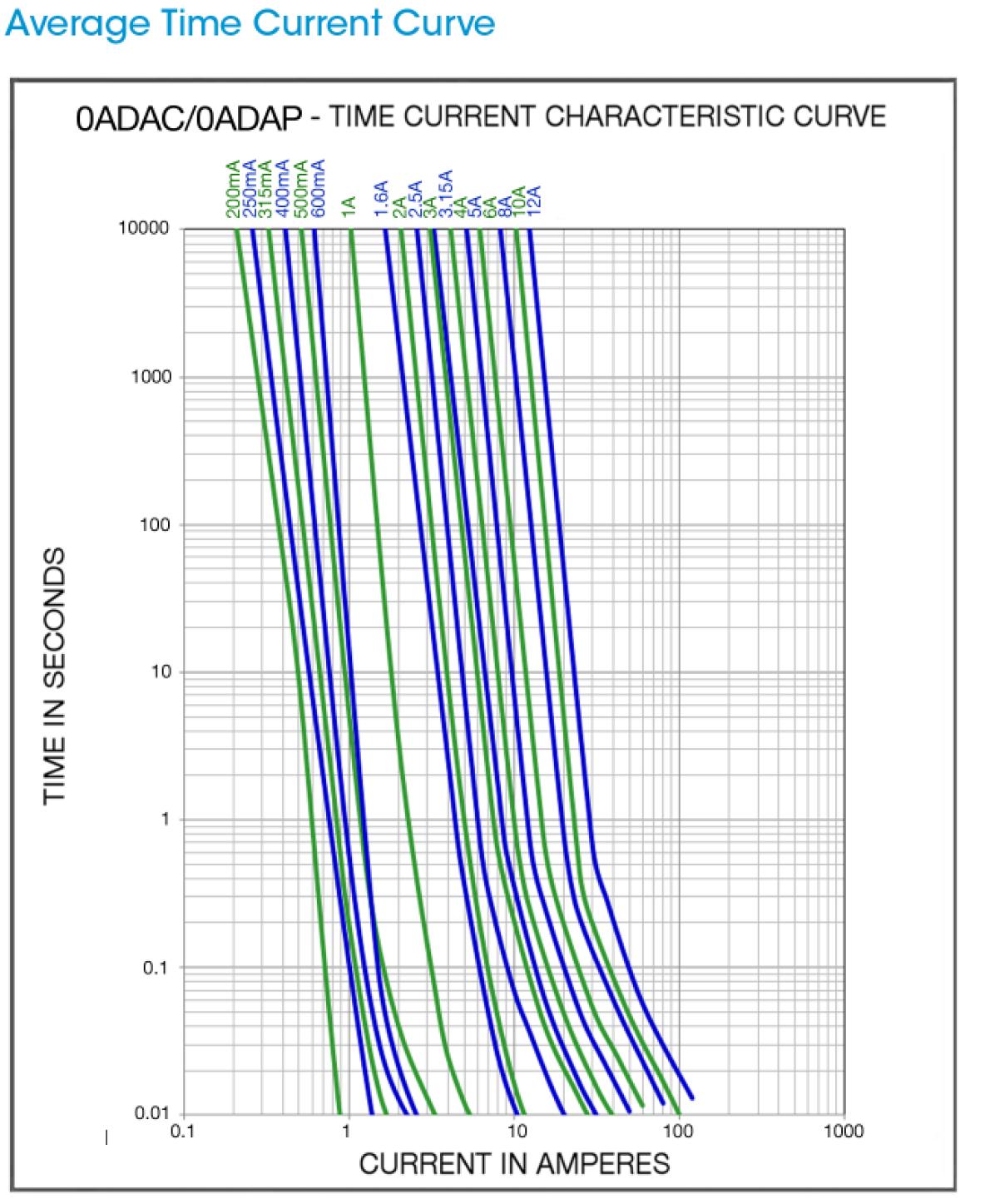 They don't match the blow current. The graphs are the current that the fuses blow at (not the rating with one number). The reason for this being is it takes temperature to blow the fuses and then the fuse material must break down. This process does not happen instantaneously, its a phase change process. So the longer you dwell above the temperature, the more it will break down. If the current is exactly at the point of breakdown, it could take a long time to break down the fuse material down.

It's also why currents close to the blow current should not be approached for long periods of time (like between 700mA and 800mA) as the curve probably also extends to this region but was not tested.

Have a look at Littlefuse's Fuseology application guide where much of this is discussed.

The graph Y-axis is in seconds. 10,000 s is < 3 hours. A year - and I would be selecting fuses for life measured in years rather than hours - is about 32 Ms so if you extend the Y-axis by three decades (100k, 1M, 10M) and extrapolate the curves you will be close to the rated current.

CURRENT RATING: The nominal amperage value of the fuse. It is established by the manufacturer as a value of current which the fuse can carry, based on a controlled set of test conditions (See RERATING).

Under the heading of Nuisance Tripping we can read:

For example, one prevalent cause of nuisance opening in conventional power supplies is the failure to adequately consider the fuse’s nominal melting I2t rating. The fuse cannot be selected solely on the basis of normal operating current and ambient temperature. In this application, the fuse’s nominal melting I2t rating must also meet the inrush current requirements created by the input capacitor of the power supply’s smoothing filter.

In addition when selecting a fuse you should note:

RERATING: For 25ºC ambient temperatures, it is recommended that fuses be operated at no more than 75% of the nominal current rating established using the controlled test conditions. These test conditions are part of UL/CSA/ANCE (Mexico) 248-14 “Fuses for Supplementary Overcurrent Protection,” whose primary objective is to specify common test standards necessary for the continued control of manufactured items intended for protection against fire, etc.

It's an interesting subject but a read of the linked article will be worthwhile.

Yes those are correct. Fuses pretty much don't blow at their rated current. I remember testing 12A fast fuse at 15A and it took a few minutes.

21
How does a fuse blow at its current rating, regardless of voltage?
2
Fuse rating and safety
1
Is there a standard stating how fast a fast fuse is, how slow a slow fuse is?
2
Does an AC rated fuse blow at the same current DC
0
Replacing the fast tube fuse with polymer fuse
2
fast or slow fuse in transformer
1
Is this fuse on a mains switch adequate?
1
Question on fuses specifications
0
Fuses in Series for High Voltage Where Maximum Current is Low
1
Fuses & current ratings - are there fuses that blow “fast” close to their nominal rating?