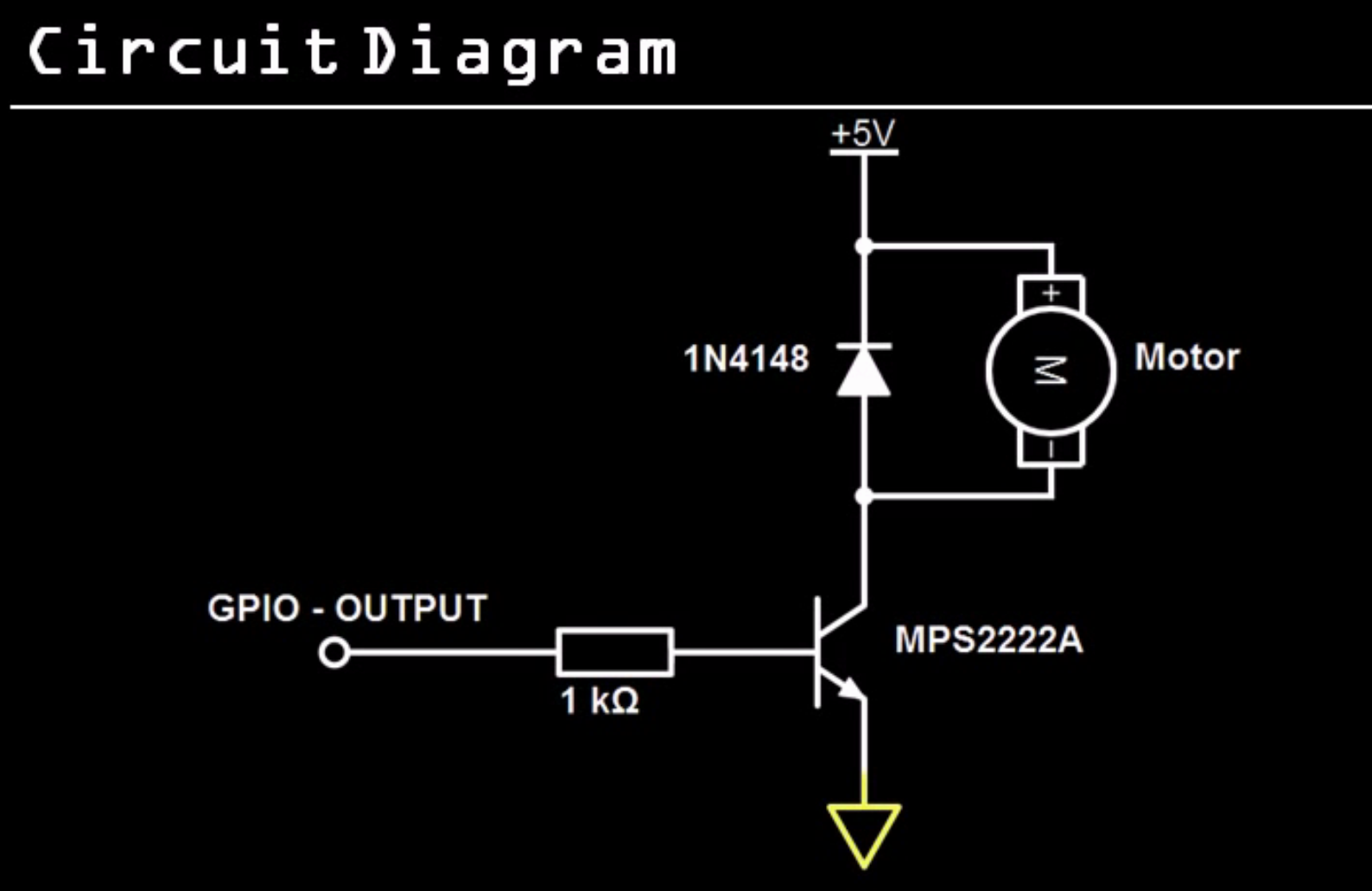 Except mine is a 24V ~20A (500W) motor, so I need to swap the components. I'm currently looking into transistors and I've stopped on the 2N6284 (NPN) transistor, which is rated at 100V 20A. This basically means it's good to up to 2000W (right?), but it says the maximum power dissipation is 160W. Now this makes no sense so I'm guessing it's how much of the 2000W going through it will be lost as heat? I've looked all over the data sheet and there are a lot of things I don't understand on top of which is this diagram that suggests that temperature increases as power dissipation decreases? Isn't the relationship supposed to go the other way around, the more power lost as heat the higher the temperature? 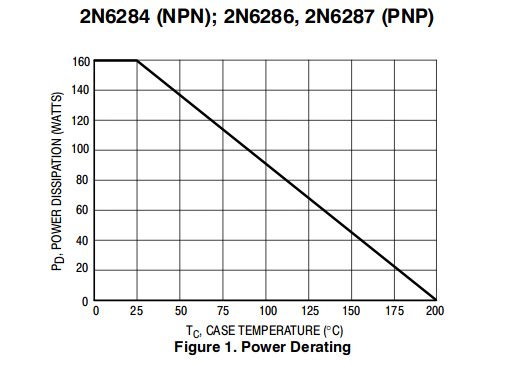 If any of my assumptions is correct then how can I calculate how much power will be lost running my 500W motor at 24 volts?

First, the power burnt up in a component is equal to the voltage drop of that component times the current going through it. The transistor has a \$V_{CE}\$ of 3V when the collector current is 20A, so that works out to 60W.

Third, you'll need heat sinking to keep the case temperature down -- that thing won't dissipate 60W by itself.

Fourth (and beyond what you were asking), you need a base current of 200mA to maintain that 3V \$V_{CE}\$, and that's pushing into a base at a voltage of 4V. You are not going to do that with a microprocessor GPIO pin.

Use a MOSFET instead of a NPN, You'll be dissipating a lot less power that way. Using "Rdson" also makes calculating power loss easier. You may also want to consider adding a gate driver at that size of device.

Never get a MOSFET rated for X amps when you think you will need X amps. Your part is rated for 20A if you can keep the part cool enough. There is often not a way to actually provide that much cooling. Use the current rating for things like inrush current (not motor starting current).

Calculate your power dissipation first, try to keep it low to limit your cooling requirements, and then use that information as a specification to find the part you need.

First thing to understand is that power dissipation and power handling are related, but they’re not the same thing.

Power handling is a basic rating for how much current and voltage a device can sustain. It’s a basic measure of the capacity of a switch.

Power dissipation is the measure of power loss in the switch - in this case, a transistor. This is due to the I-R drop from collector to emitter. This is proportional to collector current and the collector-to-emitter voltage, Vce, at that current. For example, if Vce is 3V at 20A the loss will be 60W.

Side note: I’m going to suggest that you will use a higher voltage than 5V for the motor - losing 3/5ths of the power in the switch doesn’t seem like a good trade off. Last time I worked on something with a 2N6284 in it was for a servomotor that ran on 30V.

What the derating graph is telling you is the safe limit of dissipation at a given case temperature. As the temperature increases, the safe operation limit goes down. With the 20A current and dissipation of 60W from the example, the graph tells you that you need to keep the case temperature below 125 deg. C. Practically, that’s a very large heatsink and possibly a fan, too.

The benefit of using a FET is that they don’t have the Vce drop. Instead, they have on resistance, Rds (on), which can be very, very low for a big FET. They too will have dissipation from the I-R drop but it’s considerably less than for the transistor. Nevertheless they also have safe operation limits and require derating for elevated temperature.

A tip: you can combine devices in parallel to boost the power handling capacity.

The data sheet means the transistor can withstand 100V and pass 20A of current, but not both at the same time.

For example in your switching circuit (assuming you change the resistor and diode values to appropriate values), when the motor is "off" the voltage accross the transistor would be 100V but the current would be almost zero (a few milliamps of leakage at most) and the power dissipated in the transistor by the leakage current would be of the order of 1W or less.

When the motor is "on" most of the 100V will be dropped across the motor, and the emitter-collector junction of the transistor will only have 1 or 2V across it while the transistor is passing 20A.

So the power dissipation by the transistor would be about 20 or 40W, not 2000W, even though the it was controlling a 2000W load.

As other answers have said, a MOSFET device would be a better design than a high power transistor for this application, but the same basic idea about calculating the power dissipation still applies.

As @Andrew_Morton points out, the 1n4148 would not be suitable. Possible diodes to use would include FFPF15S60STU from Digikey or 15SQ045 from Amazon. Possible MOSFETS at Amazon are RFP30N06LE, which can be driven by a logic level from output from an Arduino. However, as alluded to by @hacktastical, 10A is probably more current than one device can safely handle without a heatsink. This is governed by the on-resistance, which for those particular MOSFETs is 0.05 ohms or more - if you only use a single one it will need to dissipate I^2*R_on = 5W. This would require a few square inches of metal for a heat sink, or you can bolt it to your chassis (if you have a chassis). But if you want to bolt it down, you need to use an insulator since the metal tab is actually connected to one of the terminals. A MOSFET (from e.g. digikey) that is already insulated is BBL4001-1E; this can be screwed directly to the chassis. It also can be driven by logic levels, and has a very low on resistance of 0.008 ohms or less. (i.e. the dissipated power at 10A is 0.8W). Depending if you are turning the MOSFET on and off frequently, the diode may have the same consideration about power dissipation, but worse because it can have up to a 2V across it and the power could be 2V*10A=20W. It will be ok for occasional operation but need a heatsink if for instance you are pulse-width modulating (PWM) it for speed control. The FFPF15S60STU mentioned at the beginning is insulated like the transistor and can be simply mounted. Good luck with your circuit!

Not the answer you're looking for? Browse other questions tagged power transistors power-dissipation or ask your own question.