We used the vacuum cleaner motor 2200W 220v in one dental device (vacuum former) as you can see here: 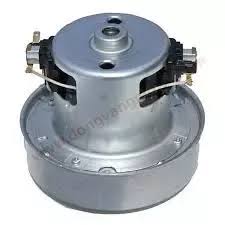 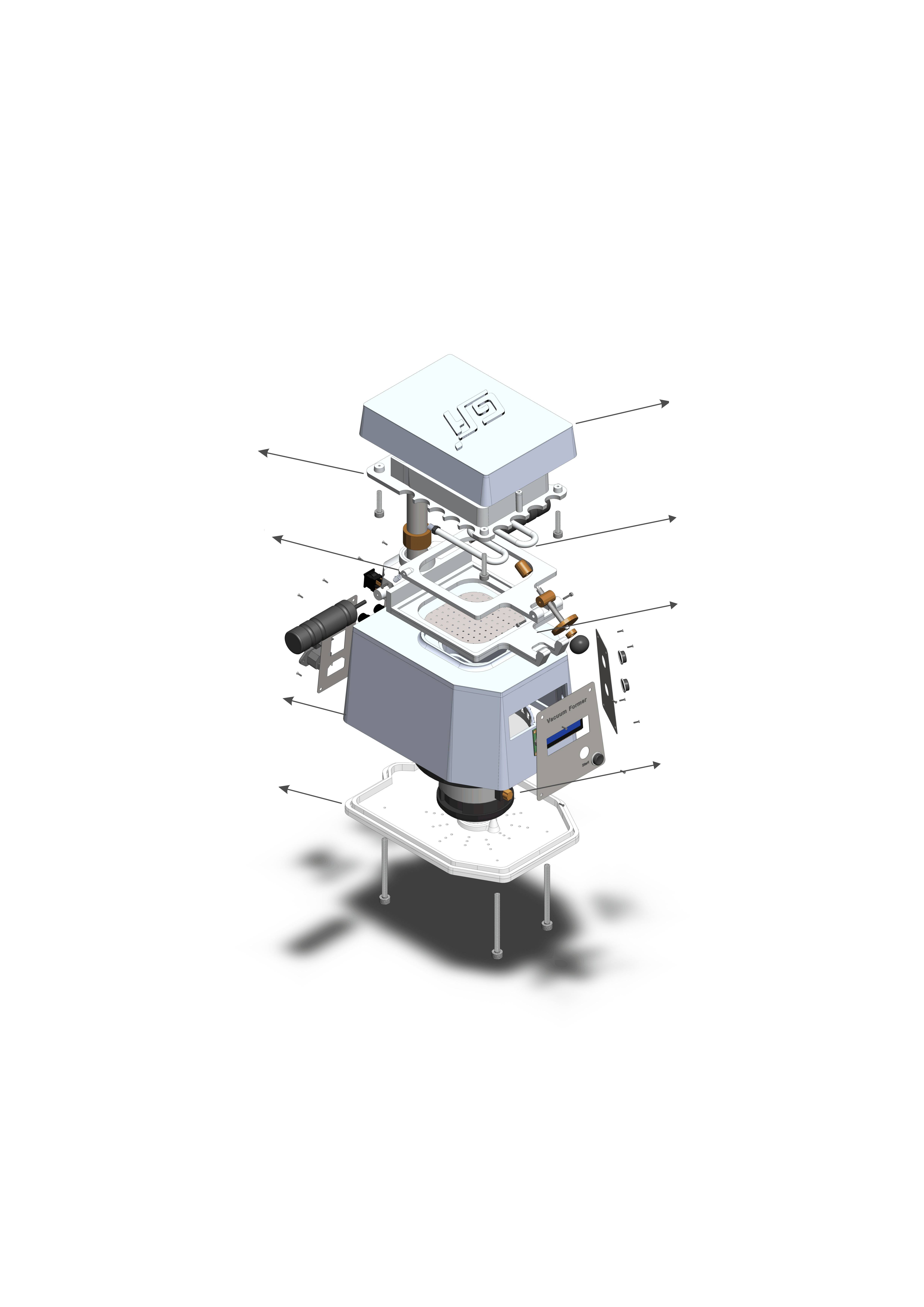 So now one of our costumers said when they used this device the power cable is warmed and when the vacuum motor started the dental clinic circuit breaker (25A C type fuses) trip (could be seen here:) 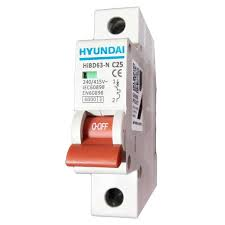 and disconnect the power of the whole system, so I guess it using 10A for steady-state but I don't know how much current this motor get for startup and could this situation be the result of this trips.

I found this vacuum cleaner’s current waveform from here: 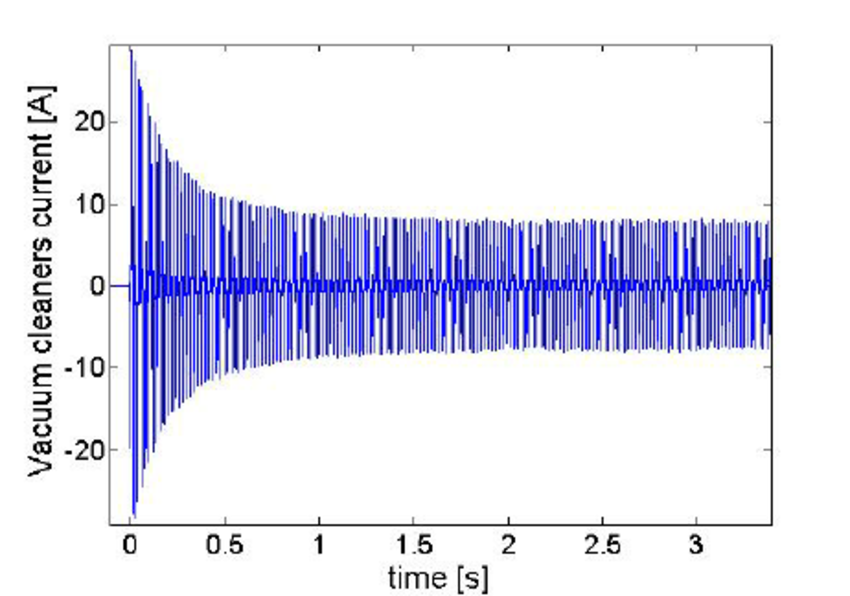 , which is similar, so is this the inrush current of this motor?

I need the causes, and if possible I want to know what is the proper way to solve this problem? Is it good to use soft starter?

These Vacuum cleaner motor we used in our devices are Brushes.

so is this the inrush current of this motor?

I need the causes, and if possible I want to know what is the proper way to solve this problem? Is it good to use soft starter?

You may have damaged the motor by excessive winding temp rise from lack of airflow with your design of the vacuum former. So a soft start may only extend the start duration and allow the blocked airflow temperature to rise faster.

However, using a variac or relay controlled autotransformer can reduce the voltage by 50% and thus current but quadruple the startup time.

The plot shows the peak motor current as about 30 A. That would make the maximum RMS starting current 21 A. That should not trip the breaker. The 10 A peak / 7 A RMS running current should not make the power cable get too hot, but it may be possible to detect the difference in temperature compared to room temperature. It seems like the actual motor draws significantly more current than the plot shows or that there are other parts of the equipment that add to the current. There may also be other equipment connected to the same circuit breaker. This could easily be one customer with too much plugged into the same circuit.

With an inrush current that starts at 300% of normal running current and drops to normal in 1/2 second, there should be no difficulty unless the circuit breaker is quite heavily loaded. Even then, it seems like the breaker should not trip that quickly. You should check the breaker curve and determine if that type of breaker is commonly used.

You should not need a soft starter. You may need to advise customers about breaker ratings and other equipment on the same circuit.

It appears that the actual motor is more than twice as large as the motor for which the current is plotted. Even with that, the motor should not be tripping the breaker unless there is significant additional load on the same breaker.

If you want to offer a product that can be plugged into a 25 amp circuit that has significant additional load with no risk of tripping the breaker, the best alternative would probably a brushless motor with an electronic controller that limits the current. That will also likely use less energy in normal use. However it will also likely be more expensive. An electronic speed control with current limiting would probably be a less expensive option. You may or may not be able to find a soft starter that is less expensive than an electronic speed control.

The initial current seen at the instant that a DC motor is energized is essentially the voltage divided by the series impedance of the motor. A universal motor is a wound-field, brushed DC motor with the armature and field connected in series. Therefore the initial impedance is the series inductance and resistance of those two structures. As the speed increases, the rotor generates a proportional voltage that opposes the current. That is called the back EMF, an abbreviated form of reverse electromotive force. As the speed increases, the back emf increases proportionally. So that proportionally reduces the net voltage applied to the series impedance.

With a blower such as the one used to create a vacuum in this machine, the mechanical power used by the load is proportional to the rate of air flow multiplied by the pressure. If the air flow is blocked, the load is reduced because the blower is not producing any air flow. It is only stirring the air internally. Thus the motor current is reduced when the flow of air is blocked.

Brushless DC (BLDC) motors are electronically controlled motors that behave more like an electronically controlled synchronous motor than a DC motor. The electronic control system has full control of the voltage, frequency, and current of the motor. BLDC motors can limit the current to a pre-determined maximum value, typically no more than about 150 percent of the normal running current. That is done by limiting the voltage and frequency. That allows the motor to provide plenty of torque during starting and acceleration without creating excessive electrical and mechanical stress. The use a permanent magnets instead of a wound field, electronic control instead of a commutator and a low-resistance armature winding makes a BLDC motor much more efficient than a universal motor.

Not the answer you're looking for? Browse other questions tagged current universal-motor vacuum or ask your own question.