I've been working on a distortion circuit for a guitar pedal and so far I like the tone but I was wondering if I could get some insight on how I might drive the transistor (T1) harder, increase gain to get a stronger distortion sound. Right now it's a bit too mellow. Is it about getting higher voltage to the base? Where would be a good starting point for swapping out components to experiment? I'm still learning the basics and starting to experiment with transistor distortion. Thanks! 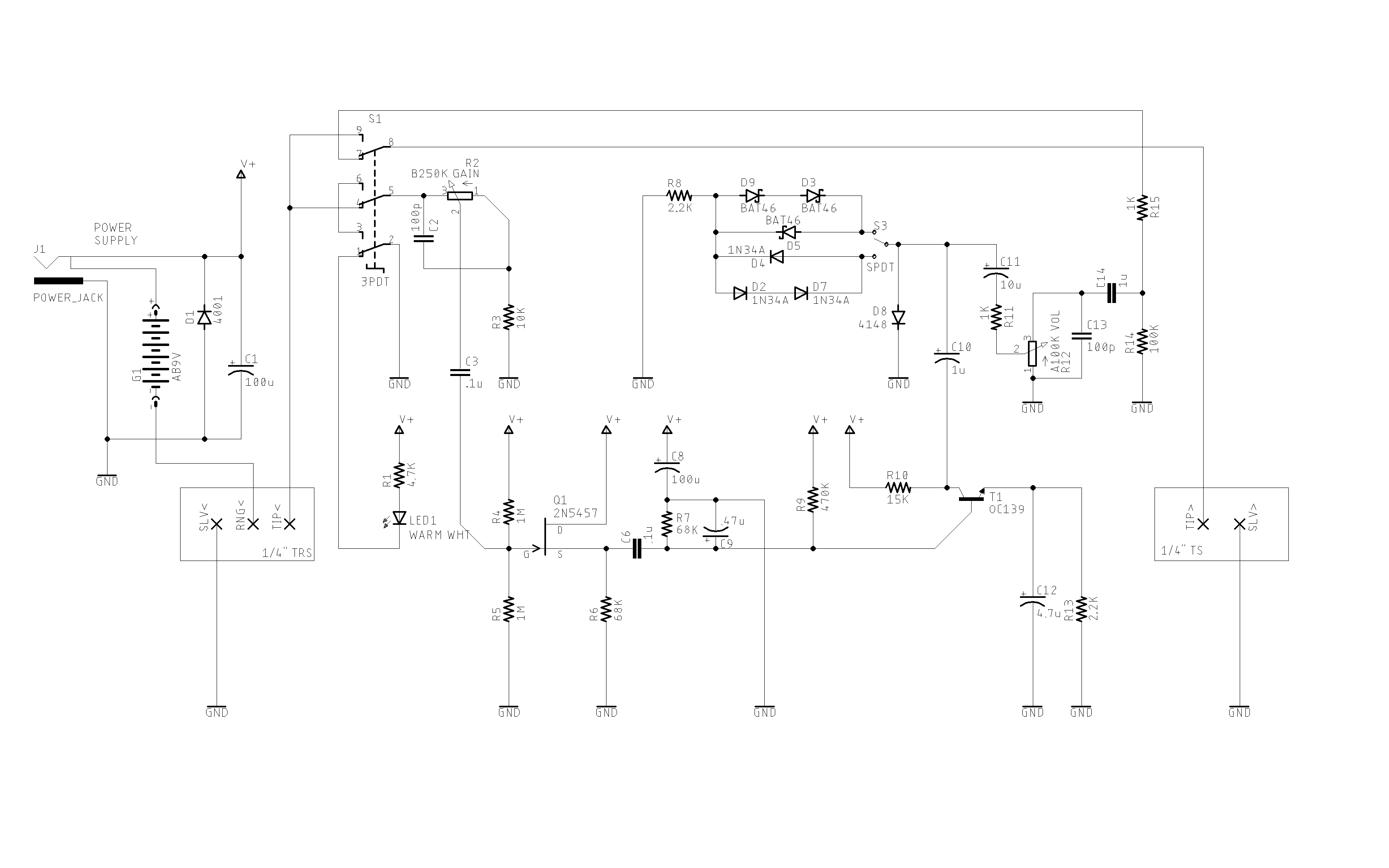 R8 is the primary limit on the action of the diodes; you should try reducing it, probably to zero. But R10 is a bit too large to give a full fuzz tone effect. In fact, everything in this circuit is badly chosen, making it difficult ( and far too much work ) to suggest individual changes. C12 makes T1 run at maximum gain, so getting more amplitude for the diodes would mean using Q1 as a common source amp rather than the source follower it currently is. You should look for a more competently executed design. That said, I will add that this circuit achieves it's effect in two ways: the obvious one of the diode clipper, and the more subtle way that T1 is connected. Grounding the emitter with C12 makes an output that has compressed positive peaks and expanded negative peaks, creating more even order harmonics.

Not the answer you're looking for? Browse other questions tagged voltage transistors distortion guitar-pedal or ask your own question.