I am looking for help with an inrush current limiting circuit for a 1.5 MW transformer as of now the current can reach as high as 10 - 15 kA.

The input will be 2.5 MVA I’ve been researching various methods but have yet to come up with a solution.

I do not have knowledge on harmonics so I’m trying to keep it simple, but yet effective,I would like to build the circuit myself and will be doing the testing myself as well.

Ideas are based on https://ieeexplore.ieee.org/document/1413337 a.k.a.
http://www.ece.ualberta.ca/~apic/papers/Power_Quality/PQ-InrushReductionP1.pdf

From my own hands on experience with a 80 kVA 400 VAC 50 Hz transformer with a specified 1216 Amps of maximum inrush current, I can tell that switching on phases L1-L2-L3 sequentially with a resistor in the neutral line works better then expected. 2 relays, 3 timer relays and 1 resistor was all I needed beside the contactor already in place. The contactor is there to disconnect at night and to short-circuit the bypass resistor.

By trial and resistive inrush current measurements at 100 ksamples per second, I can measure less frequent high peaks at longer delays, though high inrush current peaks do still occur at 0.55s.

Because the MTR17-TAB-U240-208 timer relay is rated at 8 amps and magnetic circuit breakers in D-8A are expensive to source, a lower value D-6A breaker was used. Even with 0.55 seconds delay the L3 D-6A breaker tripped once where L1 and L2 inrush measurements were at 99 amps.

In our case the primary side no load phase average measured around 2.2 Amps. Optimal neutral line resistance was calculated according to part II to be 8.97 Ohms:

Include or exclude neutral to ground resistance?

No clue whether that resistor value should include or exclude the line to ground resistance of the earth rod. Although my measurements suggests the calculated resistance value includes the full circuit including star point earth rod resistance. With 8.5 Ohms inserted in the circuit the maximum inrush phase current was measured at 99 Amps and a D-6A breaker tripped (once during 60 test runs). Lowering the resistance to 4.5 Ohms reduced the peak values and didn't trip the D-6A breaker during 697 test runs. Lowering to 3.644 Ohms seems to slightly increase inrush L2-L3 current peak values.

My first thought is to exclude/ignore neutral to earth resistance. Though the calculated optimal value seems a too high for L3 due to the breaker tripping once. Lowering neutral resistance with 1.5 ohms to around 7 ohms seems optimal in this case. Choosing between fixed value resistors, better use 4 ohms over 8 ohms for lowest peak values (52 versus 83).

Note: I didn't measure neutral to earth circuit resistance, though suspect 5 Ohms of resistance in the earthing rod at the utility company transformer according to that company its public documents for contracts, which states "...stop adding earth rods as soon as the resistance is lower then 5 Ohms". At the time of the measurements soil is dry to a lack of rain and ground water level is rather low at 3.3 meters below surface.

In this schematic L2 + L3 are operated with timer relays. These timer relays can be exchanged with breakers, like N + L1. 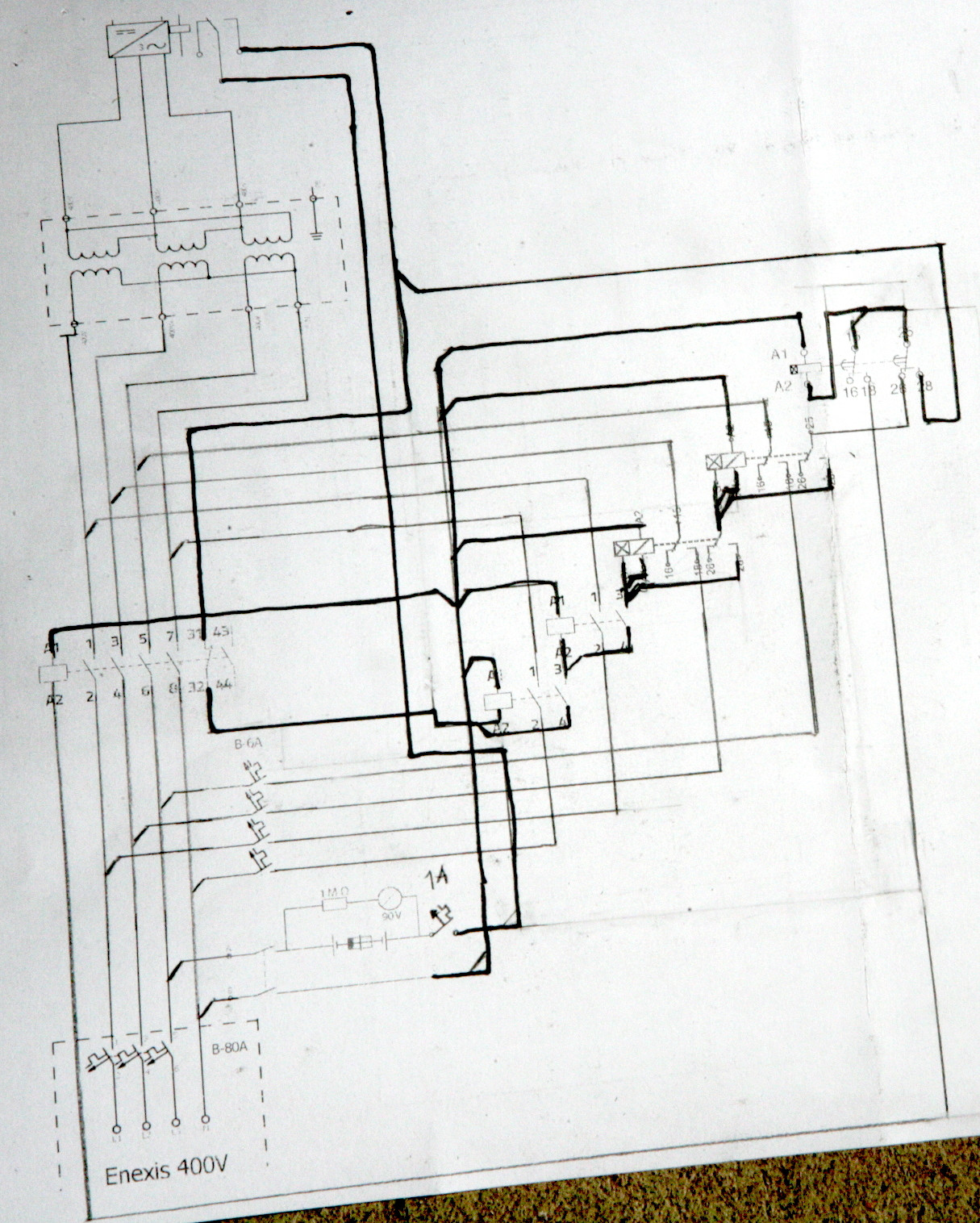 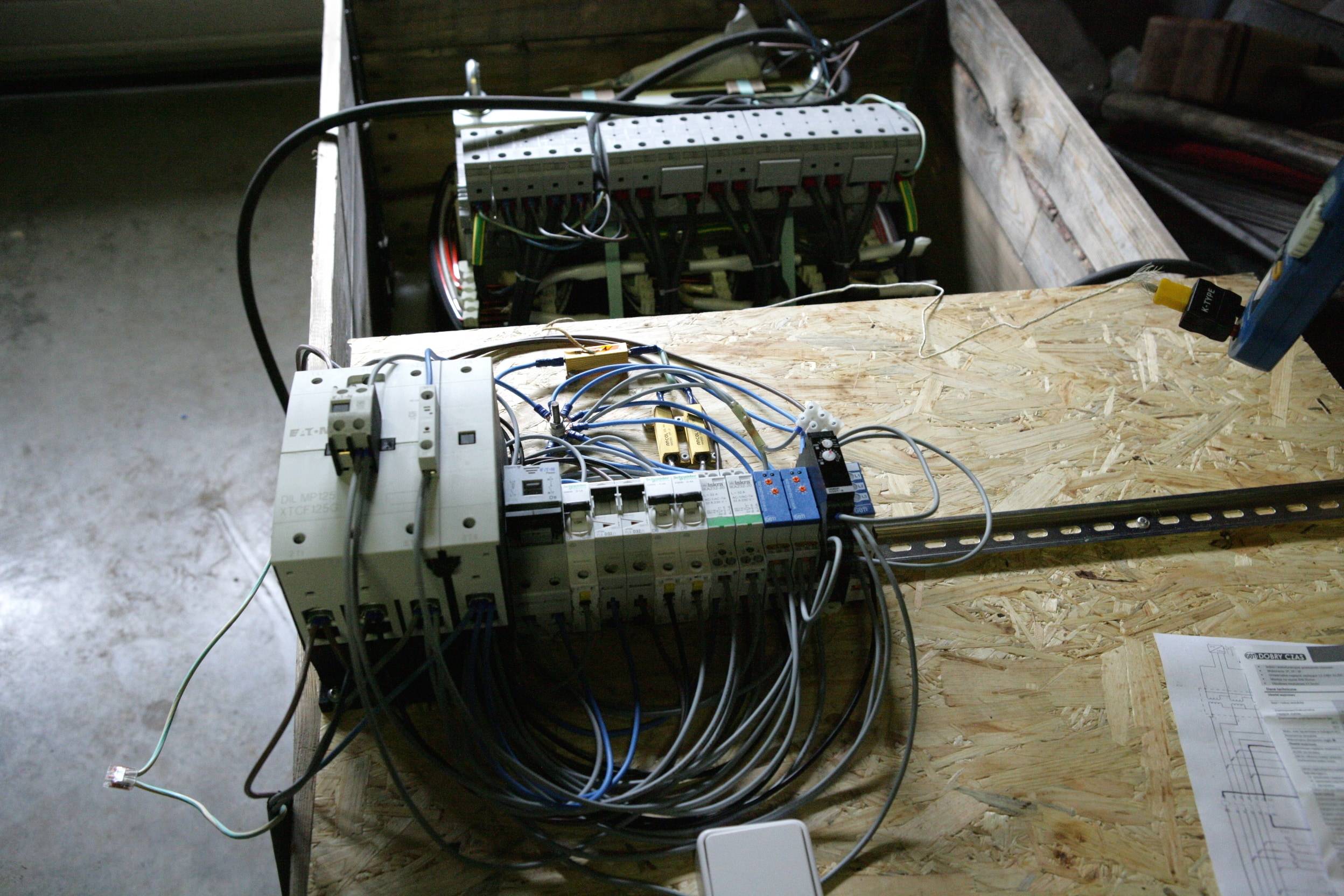 Tricky with 3 phases because you have to sequence the application of voltage on each phase to correspond with the peak voltage of that phase. However, this IEEE document suggests a sequencing method. It's called: -

And it discusses how this can be achieved using contactors and mentions some limitations: -

In theory, transformer inrush transients can be eliminated using controlled energization. In practice, however, a number of factors can prevent achieving the goal of complete elimination. These factors include:

• Errors in the measurement of residual flux.

• Transformer core or winding configurations that prevent an optimal solution.

I'd encourage you to read it. The theory why inrush current is minimized by applying voltage at the peak of the sine wave is well understood despite a lot of engineers believing intuitively that zero-crossing switching is the right way.

Not the answer you're looking for? Browse other questions tagged transformer inrush-current or ask your own question.