How to run hair trimmer's motor normally (without pulsing) using 12V/1A charger? Its orignal cell battery uses 1.34V and 0.34A

I want to run a small DC motor (which is operated on a 1.2V 600 mAh cell battery) using 12V charger. Now the problem is that when I connect the motor to 12V, 5V, 3.3V the motor starts pulsing (I mean starts for 0.5 second and turn off for 0.5 seconds and the loop keeps on), but when I connected 3.7V 18650 cell battery directly to it, the motor start to rotate at full speed. Furthermore I connected the motor to 5V power supply but again the power supply turns off and on again repeatedly. Last but not least, when I connect the terminal of power supply to one of the terminal of motor due to sparking it start rotating normally, but without sparking it keeps on pulsing.

Kindly tell me how to run the motor smoothly and what components should be used? Basically I'm trying to power Kemei Hair Trimmer using 12V charger. 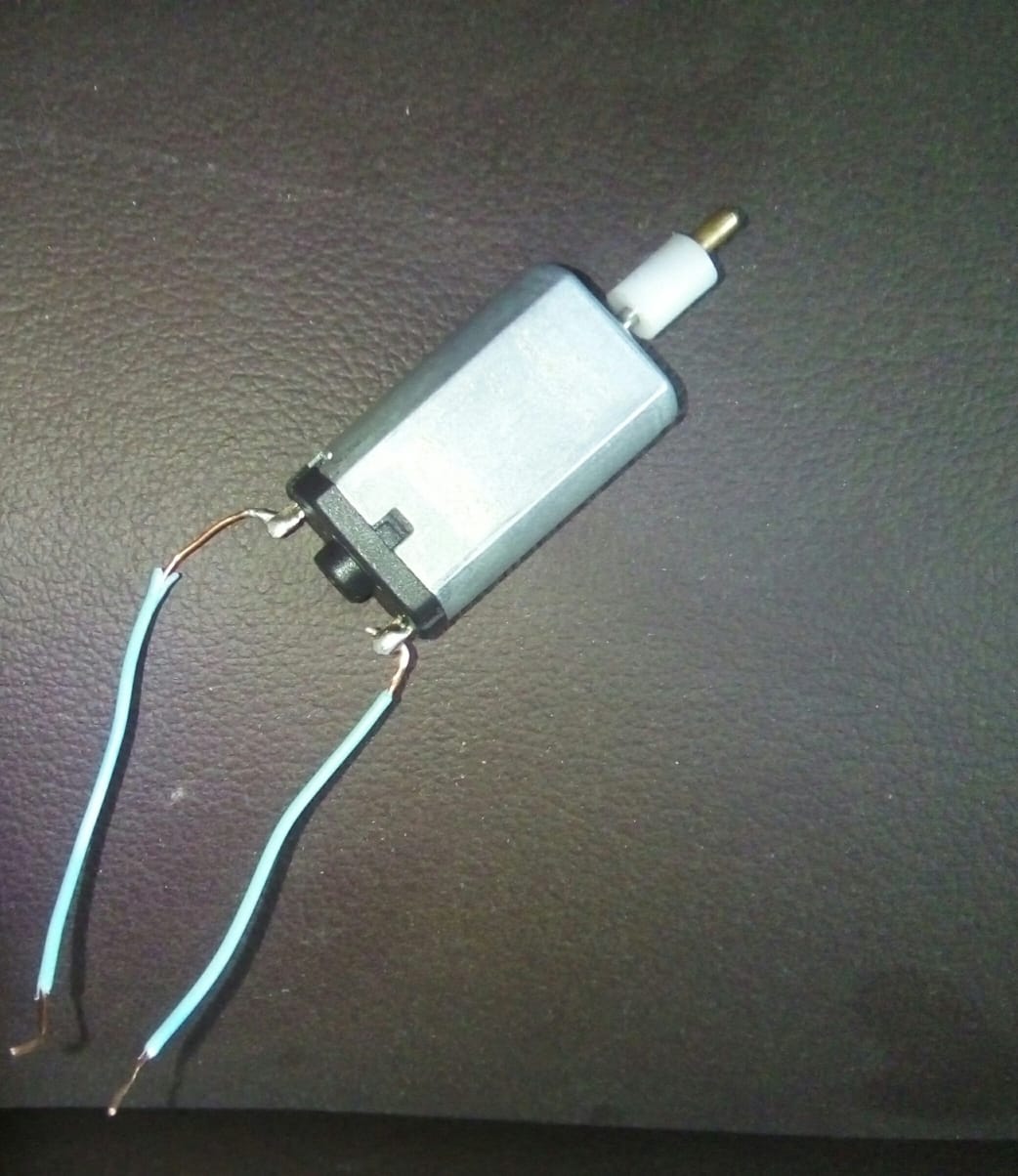 Your power-supplies are not capable of putting out enough power to run the motor, as a result, when you connect the motor, the power-supply goes into shutdown.

Maybe add a DC-DC buck converter with a input current limit between the supply and the motor, set the current limit such that the power-supply is happy. Search "CC-CV DC-DC Buck" for some examples, prices start at around $1.50

DC motors work best when connected to an electronic speed controller that limits the current. With the current limited to the proper level, the motor doesn't try to get up to speed quite as quickly.

For a small motor that doesn't need speed adjustment, you can use a power supply that can either supply as much current as the motor requires to start or limits the current somewhat by internal resistance and is not harmed in the process. Small batteries can power small motors that way.

Try the lowest voltage power supply that you can find. You can probably find a 3-volt supply. You can limit the speed by putting a resistor in series with the motor. If you use one to three diodes in series with 3 to 5 volts to limit the voltage, the motor speed will be somewhat less effected by load variation. That may also be easier than figuring out the resistor value.

Based on information in a comment that should be added to the question:

If you want to run on 12v ypu will require at least 5A supply. It is not worth it because the brushes inside the motor wont last a day and motor will be too fast for any practical application.

Solution: Open the motor carefully. Pull the rotor out, Unwind and remember the pattern (Its always same direction for all coils.) Count the number of turns while doing so. Increase turns count to at least 4 times (Assuming you are going to use 12v) by using thinner wire and re assamble motor carefully. (Try not to bend those thin brushes in the process or the motor is gone). Run the motor and if speed is still too high for you application, Increase turns to 5-7 times original with even thinner magnet wire and you are done. You can now run the motor with 12V 1A supply.

I have done the same to run a 1.5V motor on 3.7 lithium ion battery with same speed.

I have the same exact motor in my trimmer.

Not the answer you're looking for? Browse other questions tagged dc-motor charger or ask your own question.