I built a beam breaker set-up, with the transmitter and receiver next to each other, and a reflector about two meters out. Basically, the transmitter is an IR LED and the receiver a TSOP. Between the two components, I placed cardboard. I am constantly getting readings from the Arduino terminal on the alignment of the beams (HIGH or LOW).

I believe the set-up or individual devices are not faulty and all is working as should, including range, after extensive testing. When I place a retroreflector in front of the devices, up to about a meter, it works. Further, not so much.

It really comes down to having the IR LEDs pointing the same way, in the same angle. They don't now, and if I move the reflector further away, there logically comes a point that one beam 'falls off' the reflector.

After an entire afternoon of fidgeting, I finally managed to aim, using trail and error, only one IR LED at the reflector two meters further.

The problem is that, even if I manage to align a LED, all it takes is a small accidental nudge to have to start all over.

Does anyone have practical tips on how to aim IR LEDs?

An ATTINY, using a MOSFET to drive the LED near max. capacity despite the limit on the pin, drives the LED. It uses this code to get 36kHz and send bursts as not to overload the TSOP:

The receiver is an active-low TSOP that, via a comparator, is connected to an Arduino calling the attachInterrupt() function. There are two LEDs and two receivers to determine direction. The C code calculates direction and spits out the result. 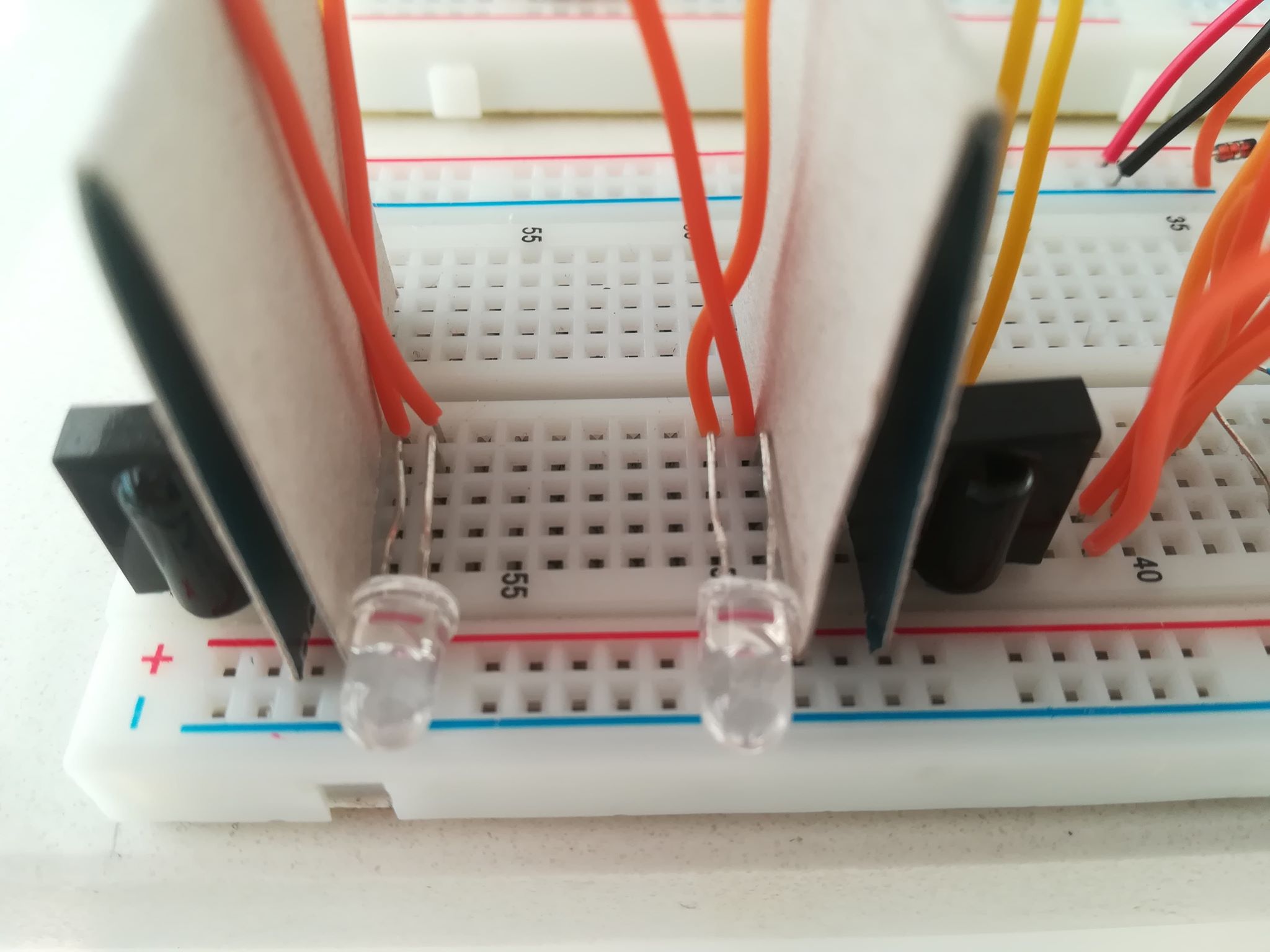 The obvious answer is a retro reflector.

Cheap or expensive as done in industry or in surveying.

The problem is that, even if I manage to align a LED, all it takes is a small accidental nudge to have to start all over.

The solution for this is to make some kind of mounting hardware or fixture that holds the devices (LEDs and detectors) so they won't be moved by a small accidental nudge.

Does anyone have practical tips on how to aim IR LEDs?

I'll disagree with what others have said. I'd try to narrow the LED output beam rather than widen it. Just a few degrees beam divergence should be enough to reach your detector if your target is a corner cube at a distance of ~1 m.

By using a wider divergence (10, 20, 30 degrees?) you're just allowing your received power to fall off quicker as the target distance increases.

You can place a collimating lens in front of your LED to focus its output into a narrower beam.

For really long distances, you could add a telescope in front of the receiver to increase its effective area.