A Yamaha digital piano is powered by a mains power-supply. The power-supply states the following input/output values:
INPUT 100-240V~50/60Hz 0.5A
OUTPUT 12V === 1.5A
(Where I have written === there is actually a solid line over a dotted line).
He is keen to go busking with this piano. I am therefore looking to substitute the mains adapter with a 12V battery which I have to hand. I don't want to risk damaging his piano. Should I place some sort of circuit (voltage regulator?) around the battery to protect the piano. Can anyone assist in telling me exactly what the circuit diagram should be? 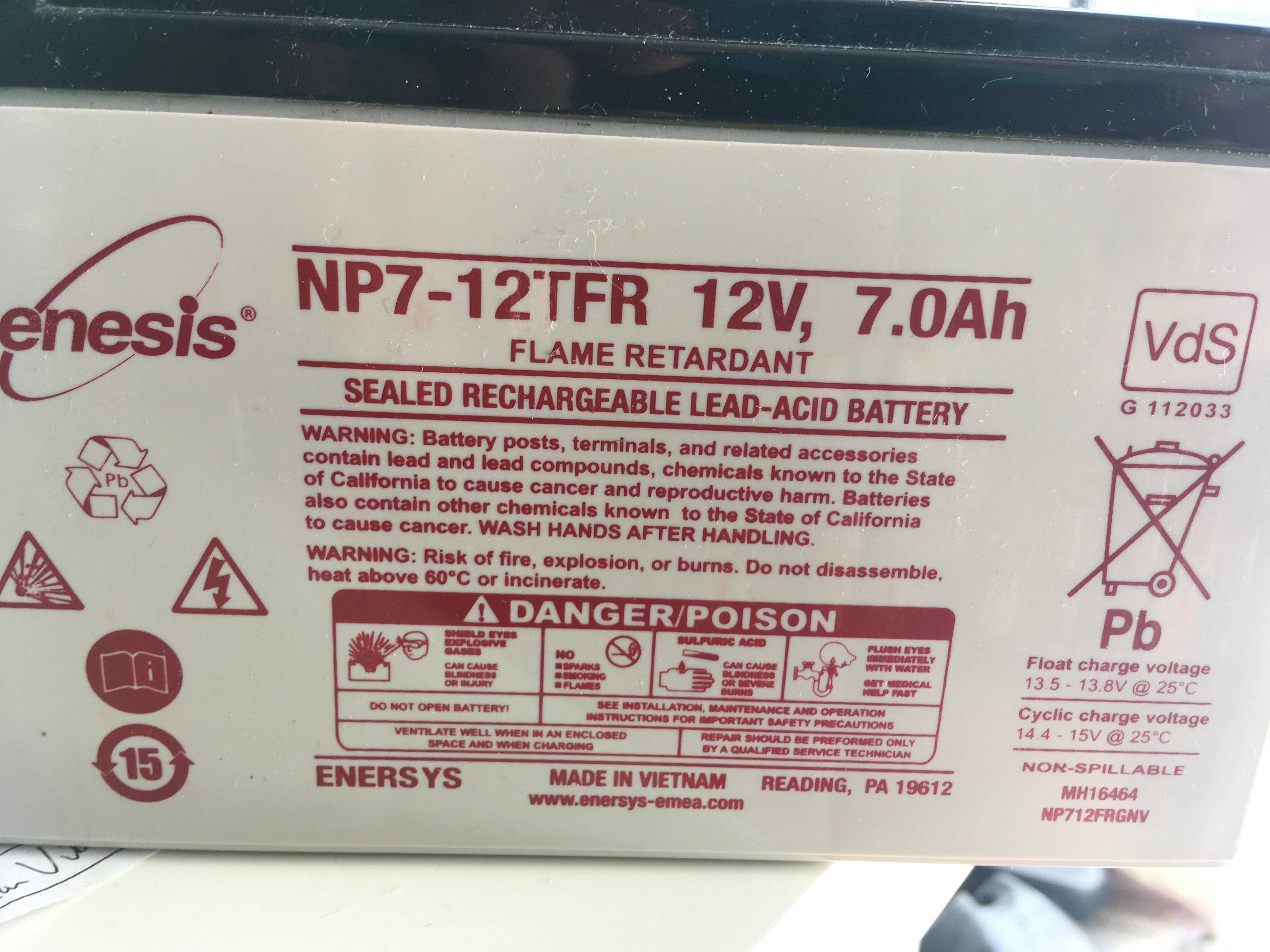 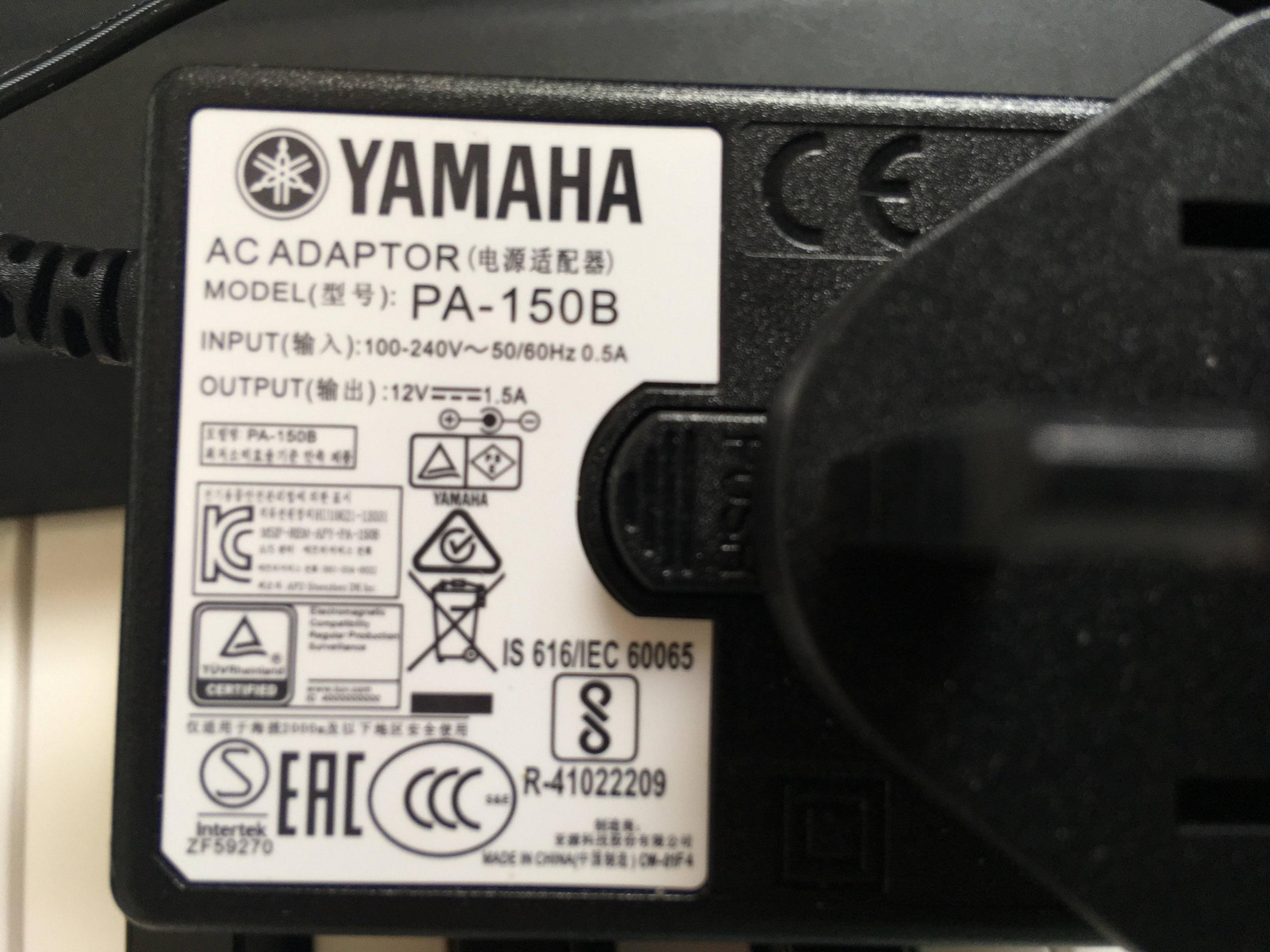 The power supply looks like a regulated 12V switchmode power supply, therefore it should output 12V under varying load conditions. The battery is not regulated, a charged battery can have more than 13V and the voltage drops when discharging the battery. If the piano needs regulated 12V then connecting to a battery is a bad idea. It is also possible that the power supply is unregulated so the piano might work with the battery. If you have the service manual of the piano maybe a safe voltage range can be determined. Perhaps a range reads on piano 12VDC input connector. It is not even clear how much current the piano needs, it may read on the piano or manual. If you do try this, at least put a fuse (2 Amps?) right at the battery terminal to protect people from burning wires and exploding batteries.

A lot of people do exactly this with these electronic pianos (not only Yamaha) with no ill effect.

There is no such thing as "exactly 12 volts". Power adapters have voltage tolerances (because of varying load, varying mains voltage, internal elements aging and just because they are not created equal).

That's why electrical appliances (both using adapters or directly powered from mains) do tolerate some range of power voltages.

If there is no clear tolerance stated on the label, one can safely assume +/- 20% is at least safe and +/- 10% should not affect the appliance performance in any way.

A "12V" lead-acid battery in fact goes between 10V (fully depleted) and 15V(end-of-charge state for a rather bad charger). If the charger is disconnected, the battery voltage can be assumed below 13.5V . The useful voltage range more or less fits between these 10% limits.

What can go wrong, then?

A battery like this has none of these features. When not fully depleted, it can happily give out as much as 70-100 amperes, melting wire insulation, heating wires to red glow and, given chance, starting a fire.

It is up to you to think about at least some basic protection (e.g. fuse) and operate the whole thing in a safe manner.

A small panel voltmeter with low self-consumption may prove useful. Just take care not to discharge the battery below ~10.5V .

Some experimenting, bigger battery and/or a spare battery may work around the problem.

Not the answer you're looking for? Browse other questions tagged power-supply batteries voltage-regulator mains or ask your own question.