Why is the Triode operating region of a MOSFET named such?

Why is the Triode operating region of a MOSFET named such? 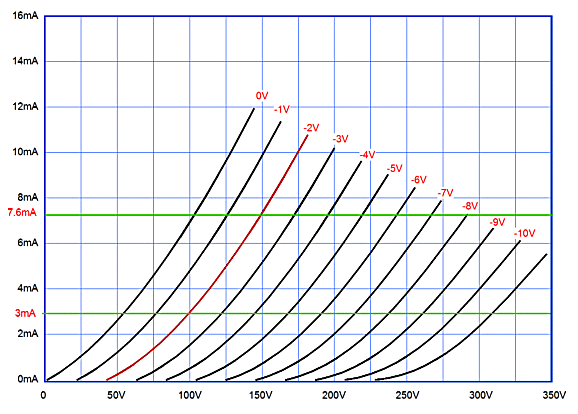 This strong dependence of drain (plate) current on \$v_{DS}\$ (\$v_{PK}\$) severely limits the available voltage gain of the device. The greater the dependence, the less available gain as this dependence is, in effect, acting as a resistor in parallel with the load, shunting signal current around the load.

So, although triodes were (and still are) used as amplifiers, tetrodes and pentodes were developed that, like the saturation region for FETs, greatly reduce the plate current dependence on plate-cathode voltage. These devices offer, among other things, much higher amplification factors, i.e., they have much higher plate impedances.

Amplfiiers often use transistors in saturation mode because, provided there is a wide range of drain voltages where Ids is essentially independent of Vds. By contrast, there is a comparatively narrow range of drain voltages where Ids is reasonably proportional to Vds. Further, it's easier to design circuit elements to behave in reasonably-linear fashion with Ids is independent of Vds, than with Ids proportional to Vds. People designing vacuum-tube amplifiers might have preferred to use their amplifying elements in a fashion where anode current was independent of anode voltage, but vacuum tubes don't work that way. Triodes were used in "triode mode" because, well, they were triodes.

As for digital circuits, the normal goal is to turn on MOSFETs "as hard as possible". If the amount of sustained current through a MOSFET would be large enough to put it into saturation, that's usually a sign that either the MOSFET should be bigger, or the amount of current drawn through it should be smaller.

2
Input Characteristics of MOSFET in triode region?
2
MOSFET delay time when transitioning between triode and saturation regions. Charging and discharging mosfet
3
Why isn't a depletion region considered at the P-N junction of a MOSFET?
1
MOSFET as switches in non ohmic region
1
Triode and saturation region in mosfet
1
What happens to the output voltage in CS Amplifier when signal source is large enough to drive the transistor into cutoff and triode regions?
5
In which region should a MOSFET be operated as a switch?