I've been working on a soft-start circuit to solve an inrush current problem that is causing some sparking when I hotplug my power supply into my board. I played around with different solutions and this is the one I like the best so far. It adds a delay of 250ms between Vin and Vout on the power MOSFET on my load. 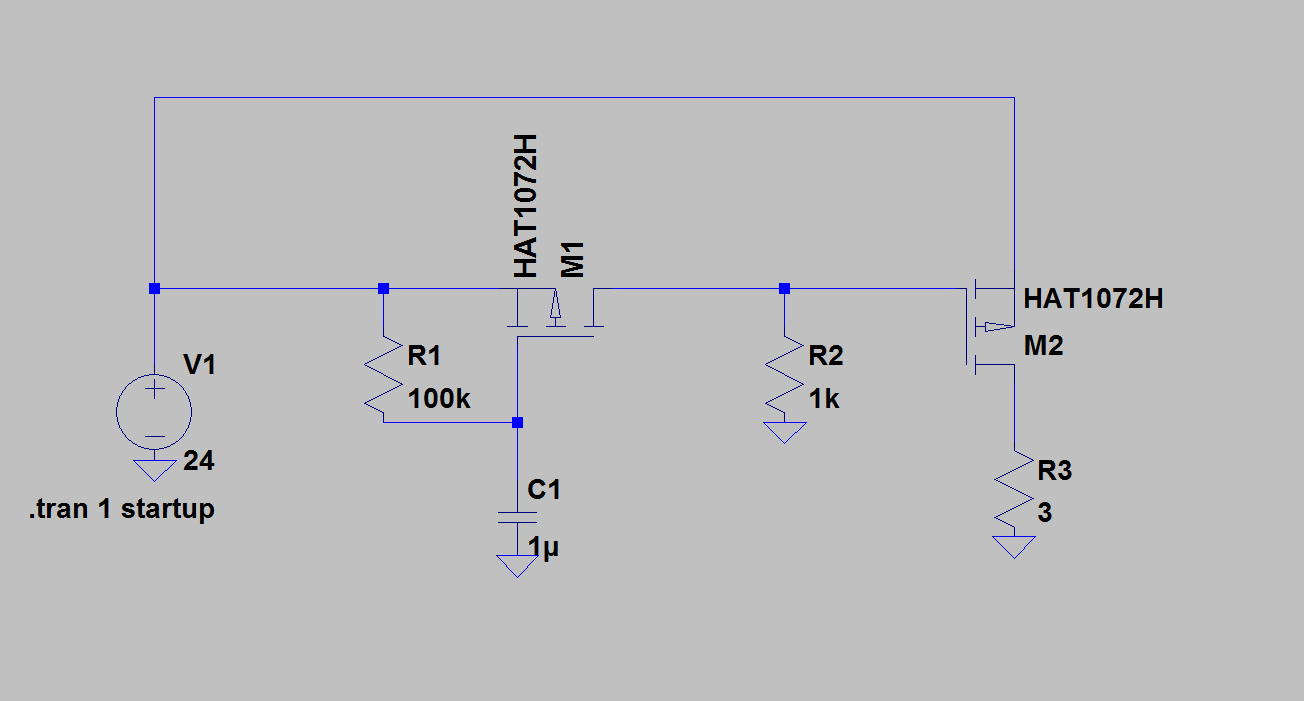 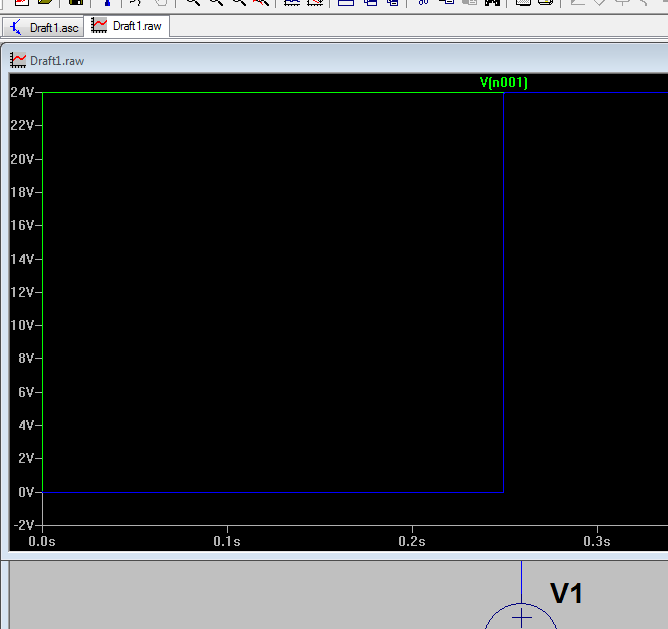 I want to get some opinions from the PROS out there.

Now, since I'm only using M1 to drive M2, there is no reason to use a power MOSFET, am I correct? I could use a small current MOSFET to drive the other one.

Updated shcematic thanks to Kaz: 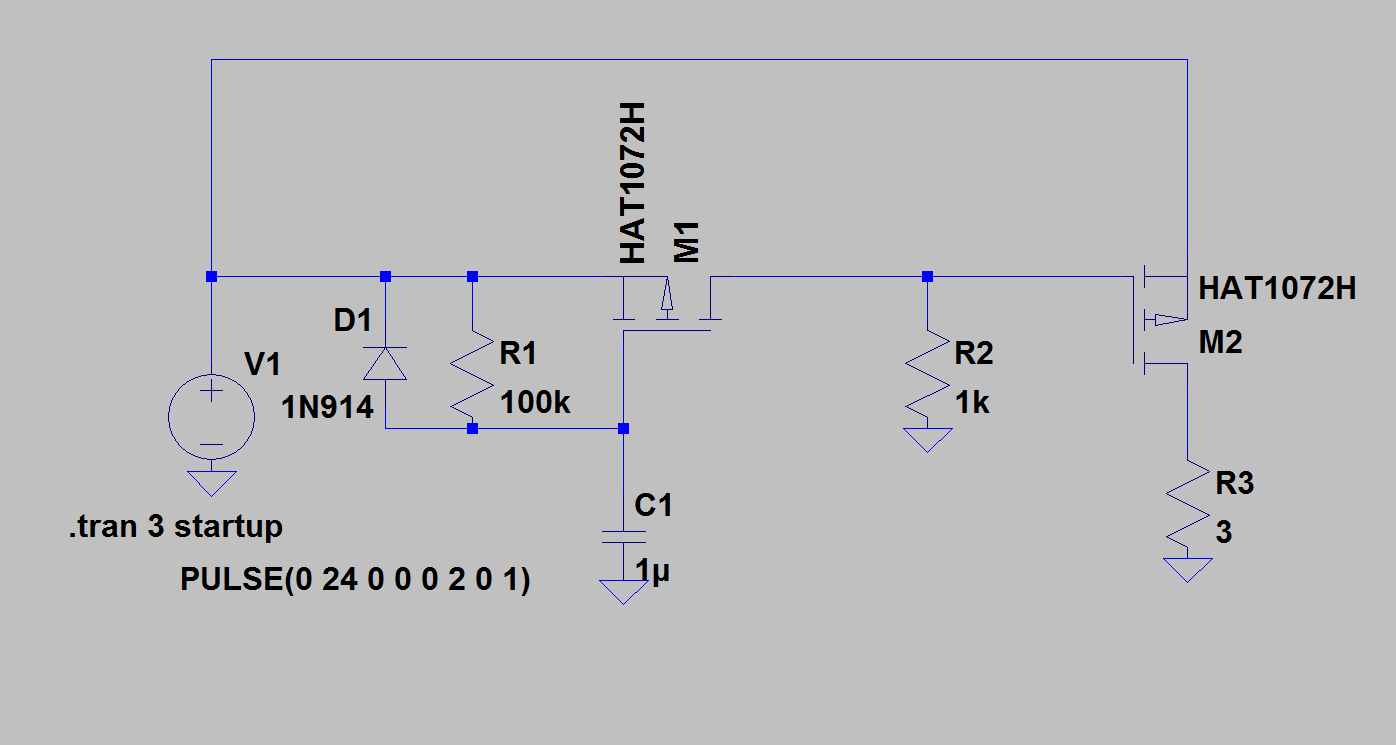 This is my little circuit: 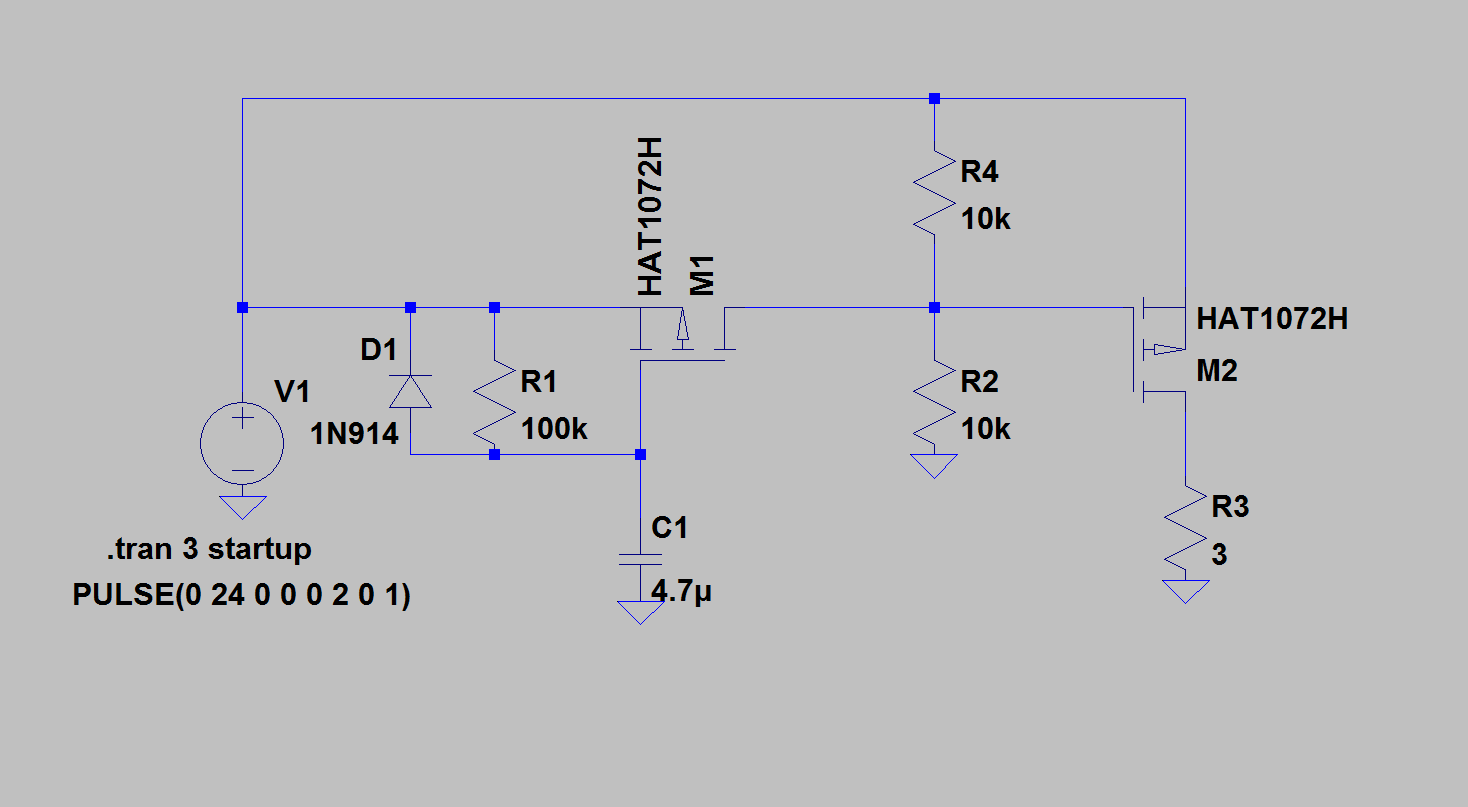 R3 = My Load. I'm using max 8A hence I am representing it with a 3ohm resistor.

The only thing I could think of was shifting the reference point of C1 up by 12V using a voltage divider but I don't know if this is recommendable.

My only concern now is the behaviour of the MOSFET, no matter how slow I ramp the Vgs voltage, it is still acting like an ON-OFF switch. Any ideas? 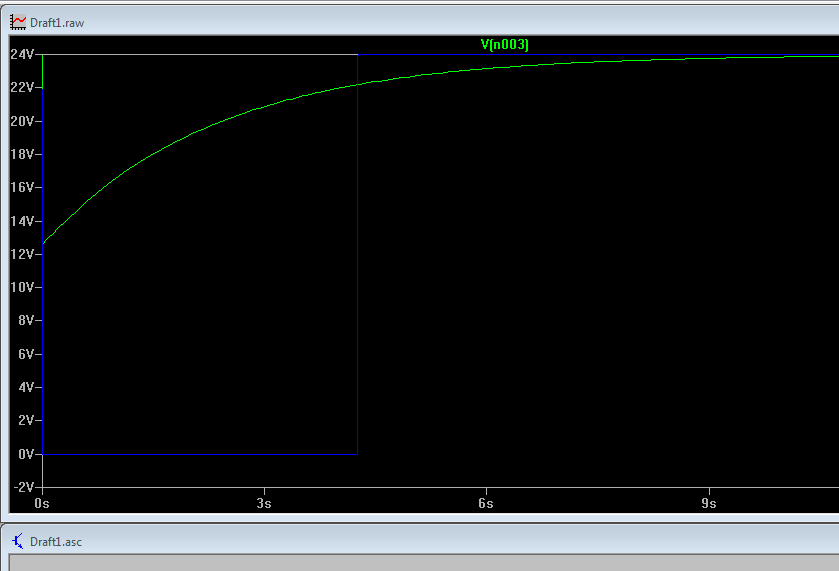 There are a large number of off-the-shelf solutions to this sort of problem. The advantage that these schemes have is not only do they manage the hot-plug, they limit the inrush current so that the power supply isn't overloaded.

Your simulation result shows a wicked slew rate after 250ms - that doesn't look at all like soft-start to me. The voltage rise should be a ramp, not a straight edge.

You need to install a cap at gate and drain pin of the mosfet. Now you adjust this cap watching an oscilloscope for VDS slope. The slope of VDS is happening at Miller plateau (when VGS is a constant and Cgd is charging).

1
Reverse voltage circuit protection using an N-channel MOSFET
4
Microcontroller soft off circuit not working - why?
1
Does MOSFET switching gate drive current depend on supply voltage?
3
MOSFET Gate protection
0
How to best choose a method of driving a MOSFET
3
Soft-power MOSFET circuit leaks - what to do?
0
Delayed start with RC and MOSFET
0
How can I make this circuit work?
4
Soft start circuit problem