For a while I thought I could distinguish between USB 2.0 and 3.0 (or 3.1 gen 1) standars from the hardware point of view. Now I am confused however, because I have noticed that my USB 3.0 hub has the additional differential pairs contacts on its male plug (device side, goes to the host) but does not have them on its 4 USB female connectors host side, goes to the devices). At first I thought that this is a fake 3.0 hub, but the USB Tree Device viewer reports the connected devices through the hub are at SuperSpeed bus. How is that possible? I also did notice that connecting such hubs in series makes the last device in the chain to nor support SuperSpeed anymore (at least this makes sense to me). 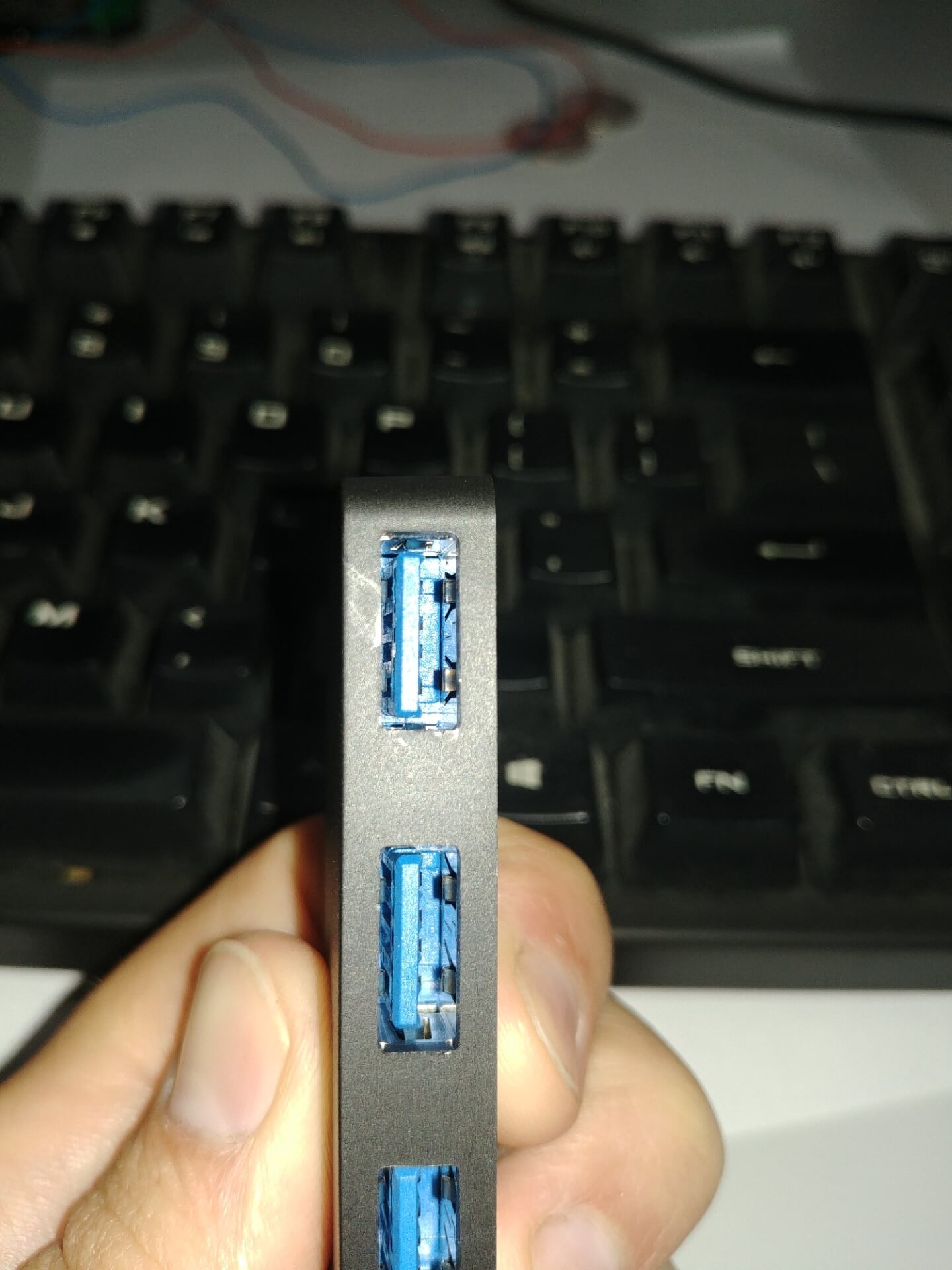 How is it possible that the USB 3.0 hub doesnt have the additional diff pairs for the devices and support SuperSpeed anyway?

The SuperSpeed pairs are 5 smaller pads toward the end of the ‘wafer’. They’re on the same side as the USB2 set of 4, and they will be visible if you tip the converter to your left as shown in your photo.

The SS connector internals aren’t necessarily blue. But if the connector is in fact SuperSpeed it should have the ‘SS+tree’ logo.

Below is an example. The five SS pads are circled in red. 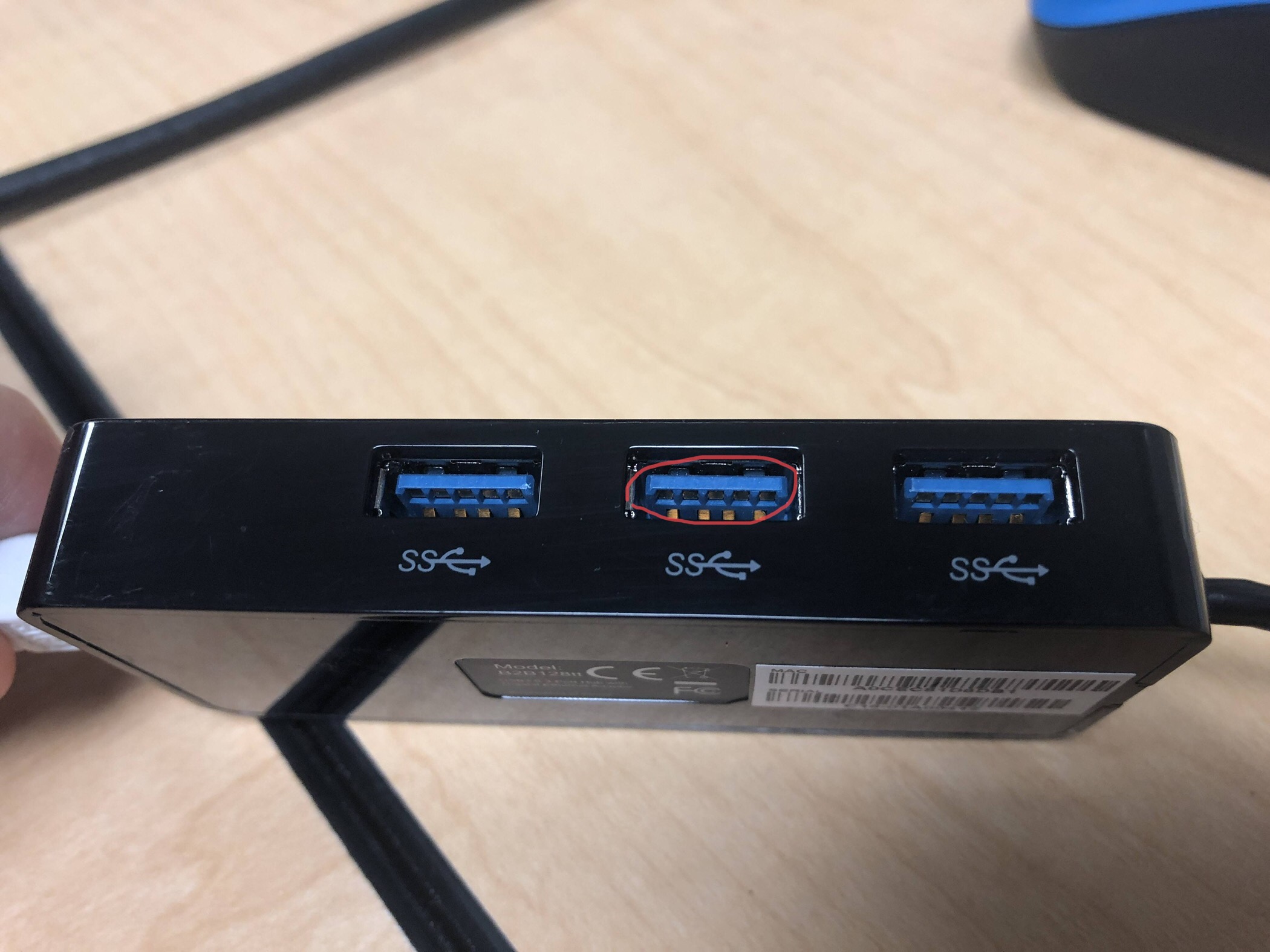 Not the answer you're looking for? Browse other questions tagged usb usb-hub or ask your own question.