On lead-acid batteries, there is a parameter called "maximum initial current" which is generally written on it. I have added some pictures of it at the end of the question. My confusion is how to interpret it? Is it:

I think it is number 1 but I need some expert opinion.

Edit: I have an SLA charger which is rated 1A for fast charging and 0.5A for slow charging. (there is a toggle switch for these two modes). Now suppose I have a battery with max current rating 0.33A. Should I use the battery with the charger?

If number 1 is ture then I think I sould not use it but if number 2 is true, then I should be able to use it. 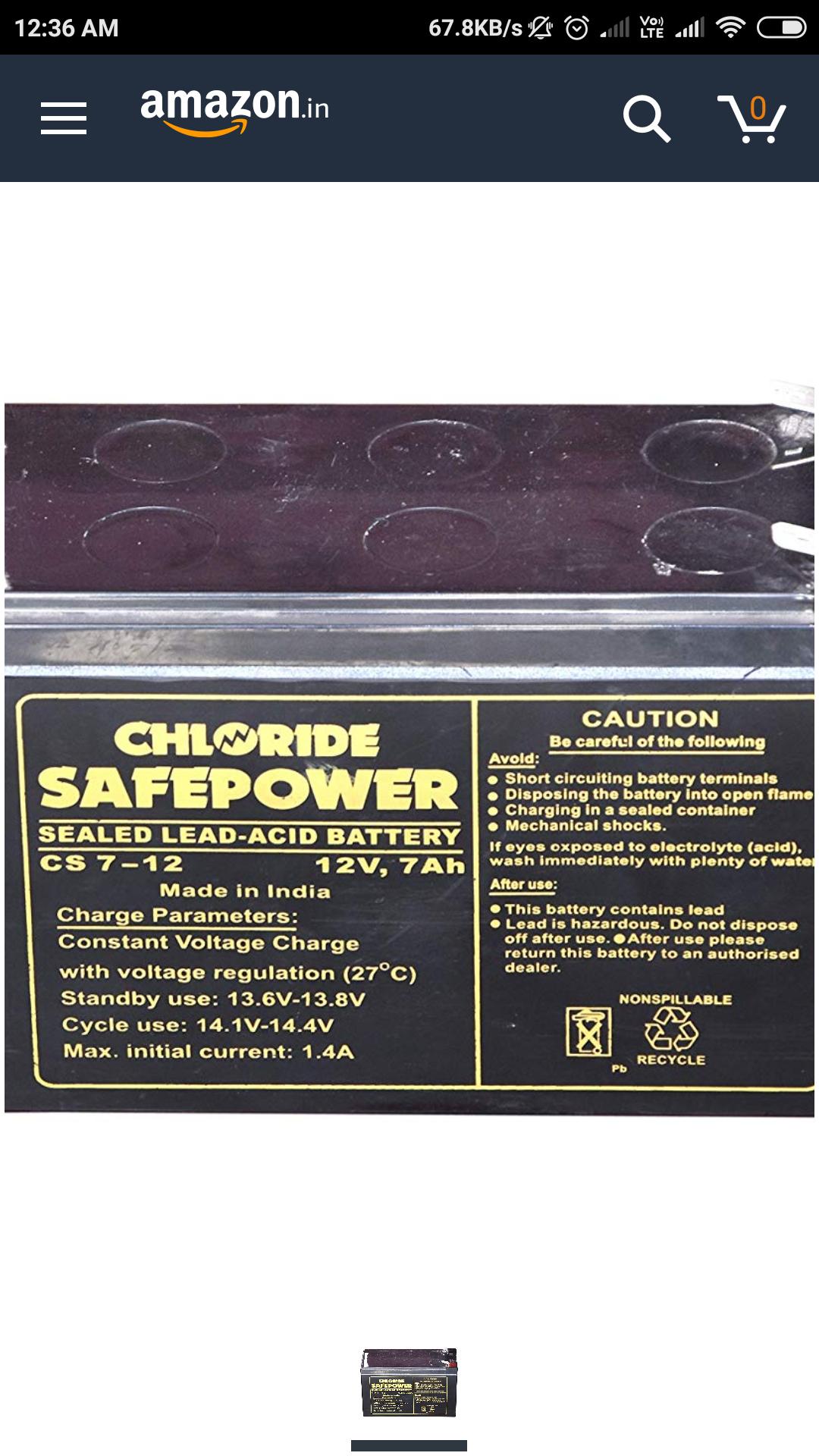 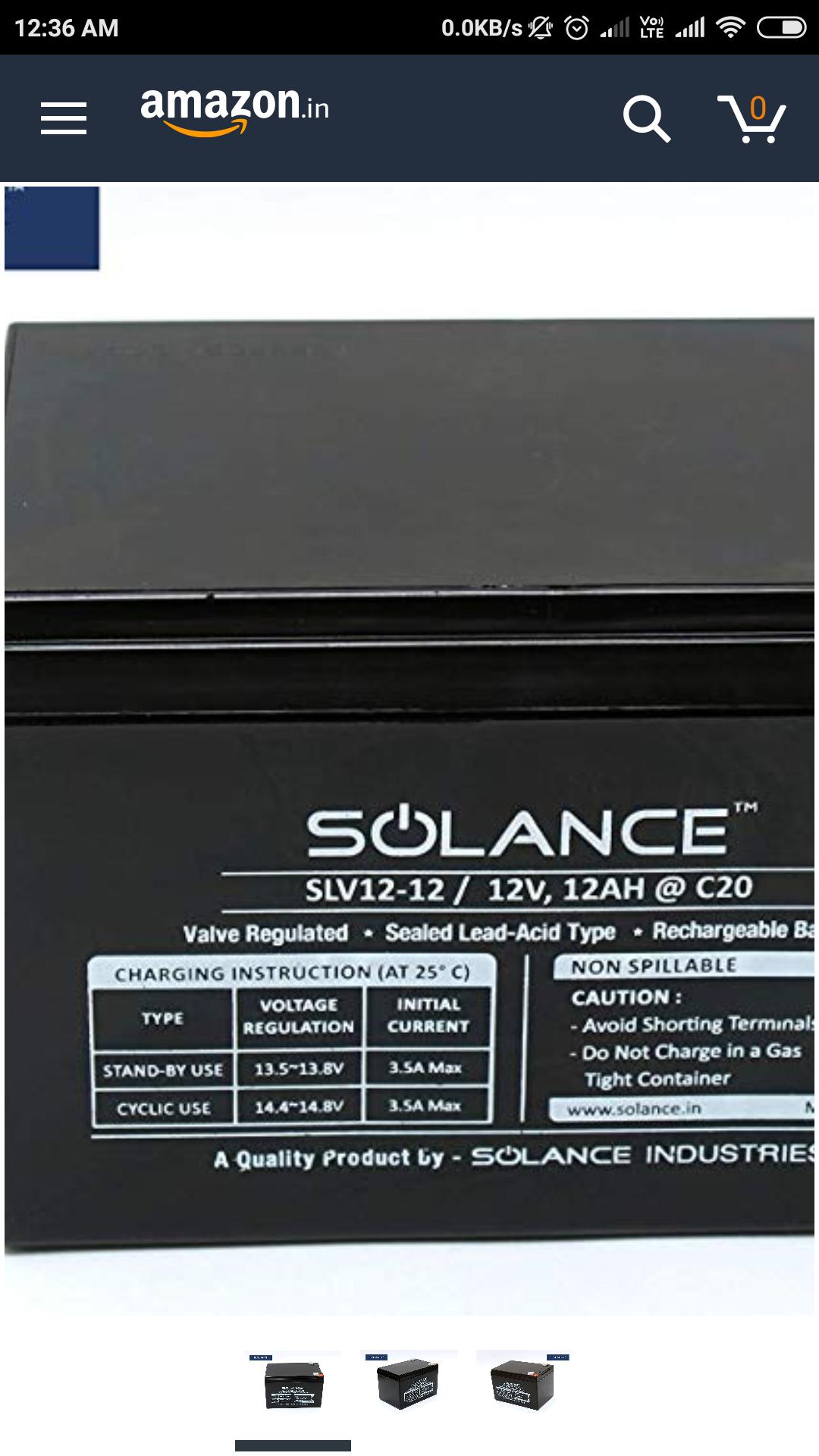 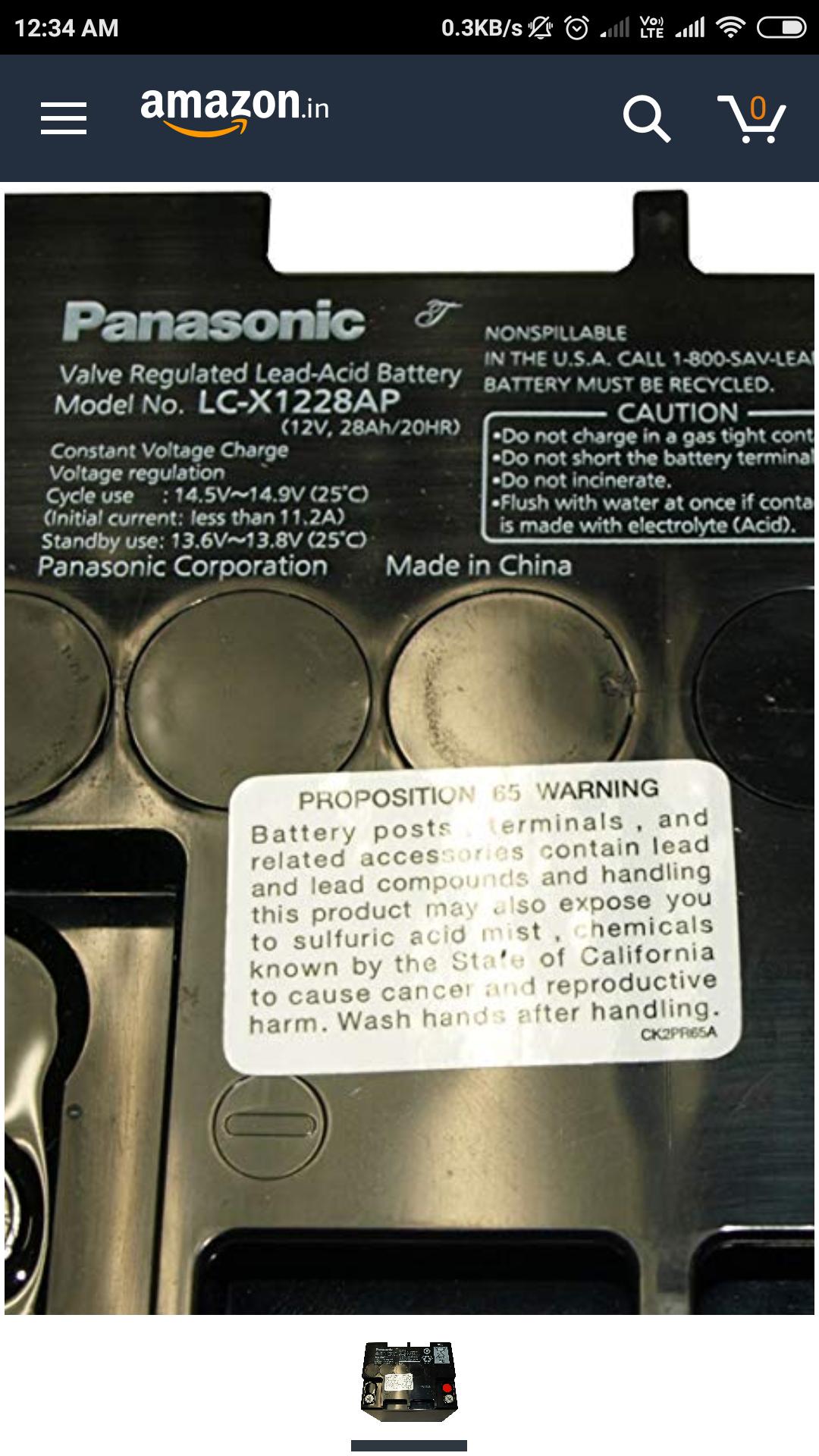 Most commercial chargers will limit the charge voltage to a fairly safe value, as during charging the battery impedance rises and prevents dangerous current [if you respect the max charge voltage], but there are lots of sub-standard cheap chargers out there.

From Battery University a great site for battery knowledge:

Lead acid batteries should be charged in three stages, which are 1 constant-current charge, 2 topping charge and [3] float charge. The constant-current charge applies the bulk of the charge and takes up roughly half of the required charge time; the topping charge continues at a lower charge current and provides saturation, and the float charge compensates for the loss caused by self-discharge. 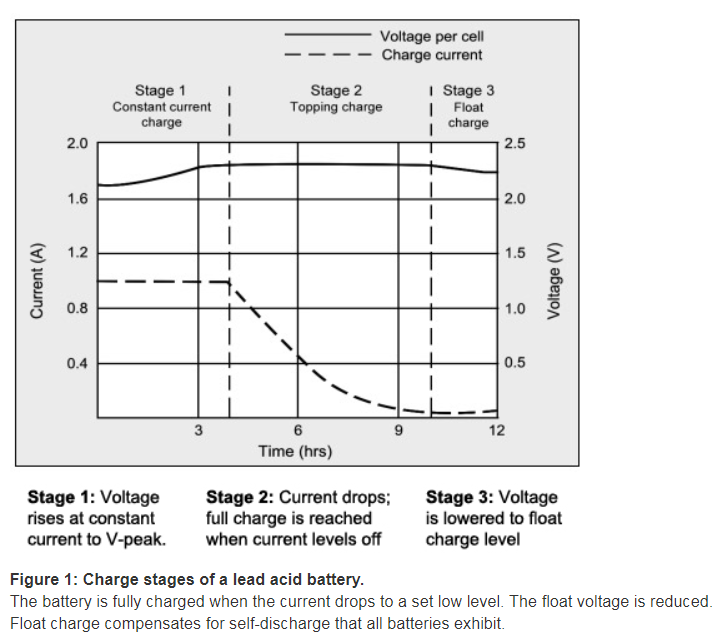