In order to make analog calculation (for analog regulator simulation), what would be the means to make an squaring amplifier ?

but before trying to effectively design it, I wondered if there would be other well known simple solution.

Edit : Some people seem to dislike the application of analog computing. Just think of it as an educational application.

Edit2 : To make things more precise, let's say that to avoid saturation problems, the identity element would be 10v, So for a 1v input we get a 0.1v output and for a 0.1v input, we get 1mV output, and it would be even better if we had a circuit which would give the same positive output for the same negative inputs. 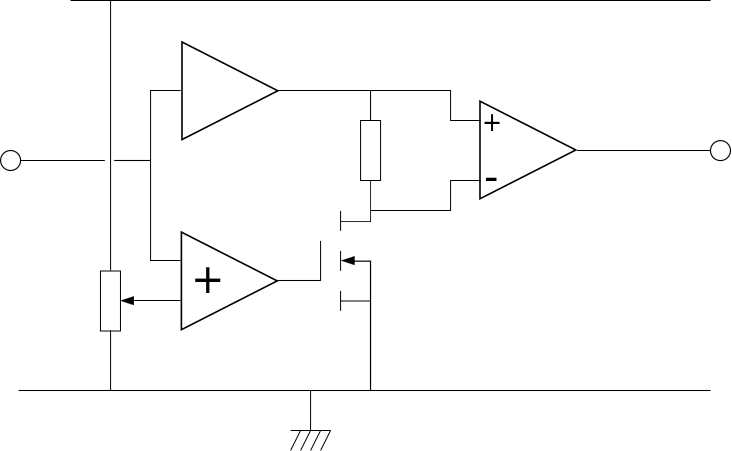 This circuit will do squaring. I leave calibration, and temperature compensation, to you. 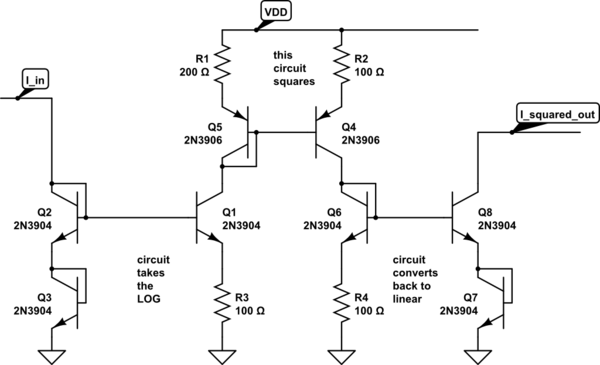 Not the answer you're looking for? Browse other questions tagged operational-amplifier analog analog-computer .