I'm trying to know the fr equation for the following op amp configuration: 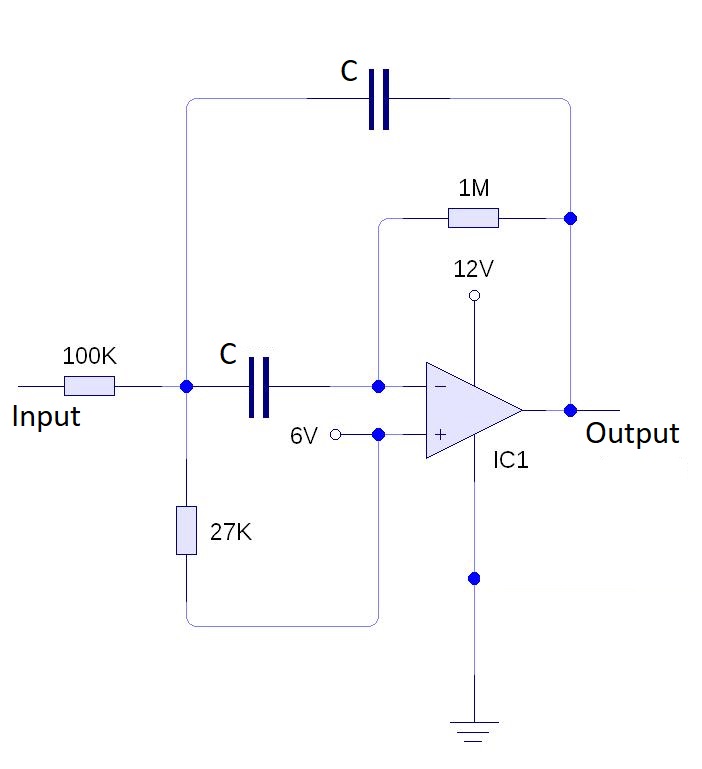 I have some capacitors values for specific fr frequencies:

Capacitors are not exact values, they are commercial. I know these values are correct because I saw the frequency response in an oscilloscope.

I was searching on web and found this: 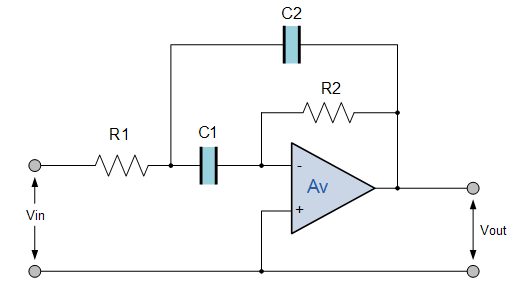 This is the page where I found it: https://www.electronics-tutorials.ws/filter/filter_7.html The circuits are very similar. The difference is R9 resistor which add an offset to the input signal. This offset is to use just one power source instead of two. The page give me an equation to calculate the fr frequency.

But when I replace the values in the equation, it doesn't give a close values as the practical capacitance.

If I multiply the equation by 2, it give me a closer value.

If it is the solution, I would like to understand why.

If someone could explain me the first op amp configuration, I would be very grateful.

If someone could explain me the first op amp configuration, I would be very grateful.

Well, the shown circuit is a second-order bandpass in "multifeedback configuration".

You are asking for explanation of the circuit? One general remark: There are two different configurations, which both work: With or without a resistor at the common capacitive node to ground. However, in both cases, the design equations are different.
There are several approaches to explain the working principle:

2.) With the opamp output grounded, we have the classical passive R1-C2-R2-C1 bandpass with a maximum Q-value of 0.5 only. However, if we lift the ground and connect this node to the output of an opamp the feedback effect enhances the midband region and, thus, increases the Q value to much larger values.

3.) The complete feedback network is a "bridged -T" network: R1 is grounded and both capacitors form the "T", which is bridged by R2. It is a well known fact from system theory that a bridged-T can produce complex zeros. If such a "bridged -T" is used as a feedback circuit, the complex zeros turn into complex poles. This is needed for high-Q bandpass circuits.

4.) This last circut interpretation can be used to explain the role of the 27k resistor in the first circuit. From the feedback point of view, both resistors (100k and 27 k) are connected to ground and, thus, are in parallel. Hence, the role of these two resistors can be taken over by one single resistor R1 only (second circuit) which has the value of the parallel combination of both.

You are correct to use that equation. Use the parallel combination of 100k and 27k as R1 in your calculations.

Not the answer you're looking for? Browse other questions tagged operational-amplifier active-filter band-pass single-supply-op-amp offset or ask your own question.