I came across this schematic 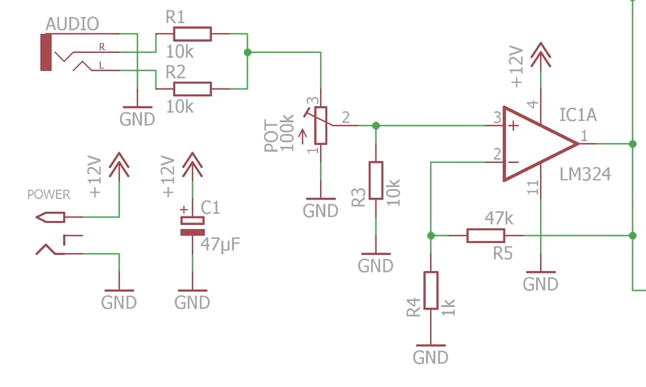 It's a non inverting op-amp configuration with an audio input.

And i was wondering what the POT and R3 do? I assumed the pot to set a bias voltage but then what does R3 do? Is it a pull down resistor?

R1 and R2 mix the input signals and the POT acts as volume control, attenuating the input using a voltage divider. R3 makes the volume control response non-linear, which is desirable in this application.

The inputs of the LM324 can reach 0V, due to their configuration. Such low common mode voltage is not a problem in this case but the lack of AC coupling is strange. 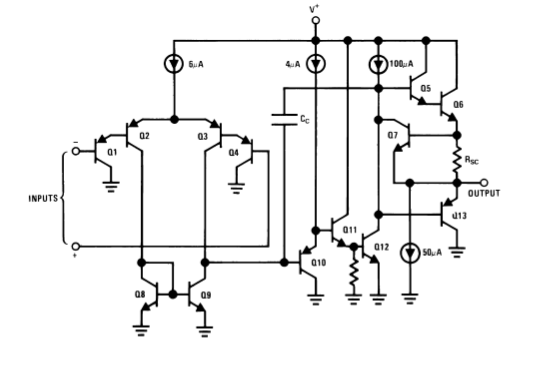 This is the effect of different values of R3 (the x axis is the POT position): 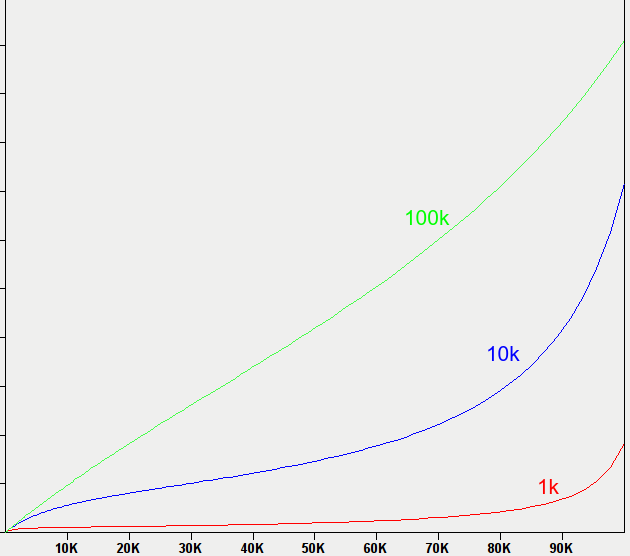 Update After viewing the video you posted on the comment it's clear now that the circuit doesn't have an audio output. If the input doesn't have a DC bias, the amplifier is just clipping the negative parts of the signal, which makes no difference for the LED Sign VU meter. Previously you had just mentioned that you "came across this schematic".

The ear responds to the loudness of sound logarithmically (http://physics.bu.edu/~duffy/py105/Sound.html). If the volume control is linear, it "feels" like not being effective in higher amplitudes.

A different way to achieve the non-linearity is using specific pots: Why should I use a logarithmic pot for audio applications?. But, in the circuit you mention, a linear pot will form a voltage divider in which the lower part is in parallel with R3, which gives you a non linear equation with respect to the pot position.

The bias voltage is GND at the opamp input terminals if no audio signal is present at the input. This necessitates a pnp/pmos only input opamp.

The potentiometer is a simple attenuator in this case. R3 will alter the sensitivity of the attenuator, making the lowest attenuation to 0.5 for single channel case (R,L).

Update: the resistance plot in vangelo's answer demonstrates the idea behind R3: making it nonlinear. We humans sense the sound levels in a logarithmic way, therefore exponential like volume control is advantageous. Adding R3 is much cheaper than implementing a real exponential control.

32
Why should I use a logarithmic pot for audio applications?