Weird resistor with dots around it on the schematic

I was looking through the LTC4041 datasheet and saw this: 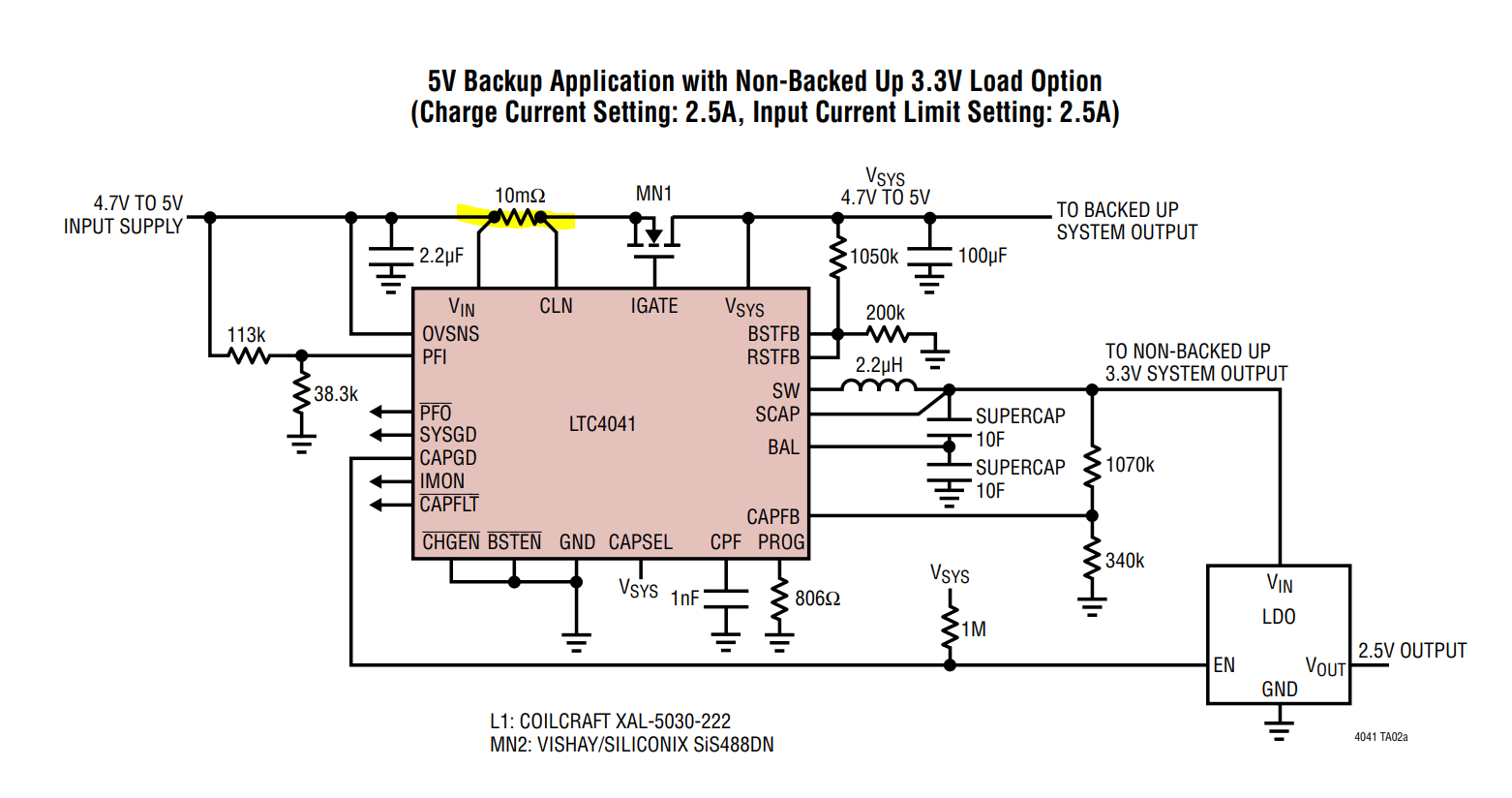 The 10mOhm resistor with the two nodes really close to it - is that a "special" resistor or something? Why have they drawn it like that?

Those are just junction dots like all of the others nearby, to show where 3 wires connect. This is called a Kelvin connection. The idea is that the connection should be as close as possible to the resistor. There are also some 4-terminal resistors made especially for this purpose.

Lord Kelvin is attributed for being first to use the technique to measure low resistances.

Running the traces on the inside of the sense resistor ensures that no current is flowing through the sense traces (because voltage measurements need to be high impedance).

4-terminal shunt resistors can be used that provide a kelvin connection internal to the resistor, and provide better accuracy, especially in high current applications.

Not the answer you're looking for? Browse other questions tagged resistors analog power-electronics schematics symbol or ask your own question.

1
Parallel resistor not affecting rest of the circuit
7
Resistor symbol with a dot
2
Unknown symbol on schematic (Circle with "M" underlined)
0
Why is there a resistor bridge before the amplifier?
2
Gain not containg the output, non ideal, resistor
3
What is this schematic symbol? Transistor ? Variable Inductor
2
Why did this triac driver resistor let the magic smoke out?
1
Decoding a resistor with weird colors