Why does my Inrush Current Limitation not work sufficiently?

I have a battery powered application and want to somehow "protect" the battery from seeing too high currents. For that I have introduced a serial resistor to limit inrush current. After a certain time the resistor gets bypassed via a Mosfet. 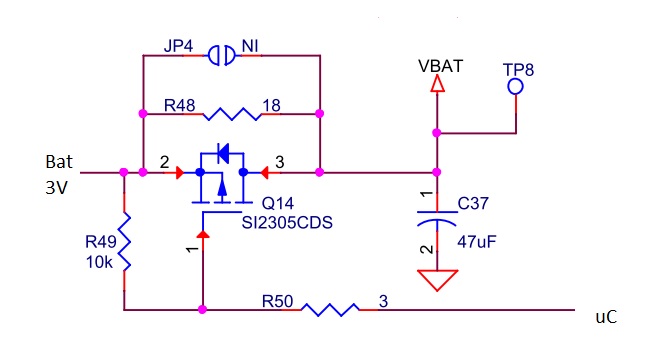 It has an effect on the inrush current but it's still not like I would imagine it.

When meassuring with a current probe between the Battery and my circuit I can still see a peak when switching power on as well as when I activate the Mosfet (blue line). (red line shows voltage on uC pin) 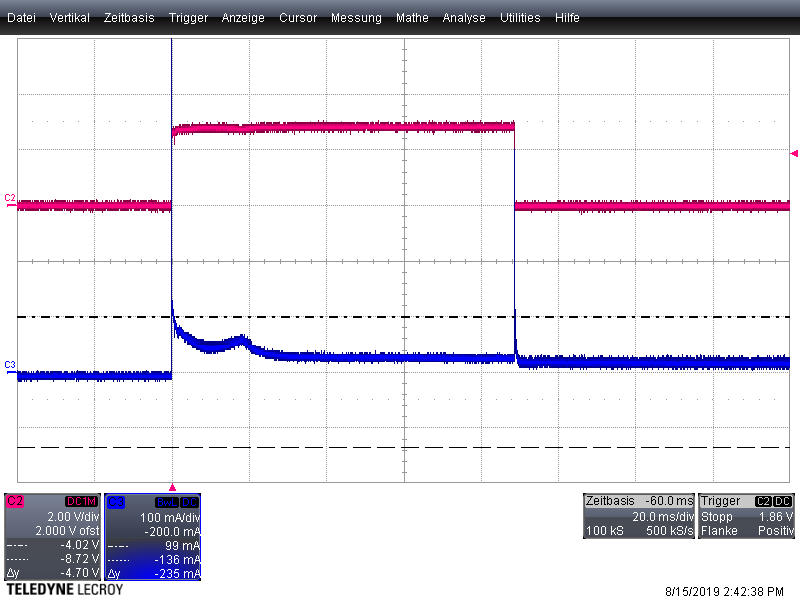 can someone explain what happens here and how to prevent those spikes?

//e: uC is a STM32 and configured as openDrain without internal PullUp/Down

//e2: after adding a N-FET to activate the P-FET as suggested it looks like this: 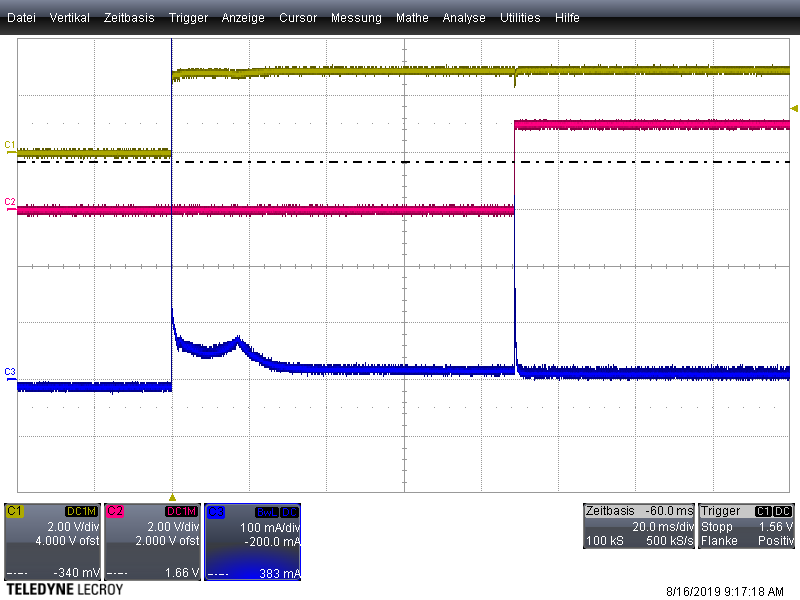 //e3: so the first spike is still there, even when disconnecting the uC by removing R50 as suggested by @DKNguyen

//e4: implemented @Indraneel's Solution with C2=0.1uF and R2=500k and keeping R3 at the initial 18ohm. This could be a solution. Still curious why it is not working with the uC 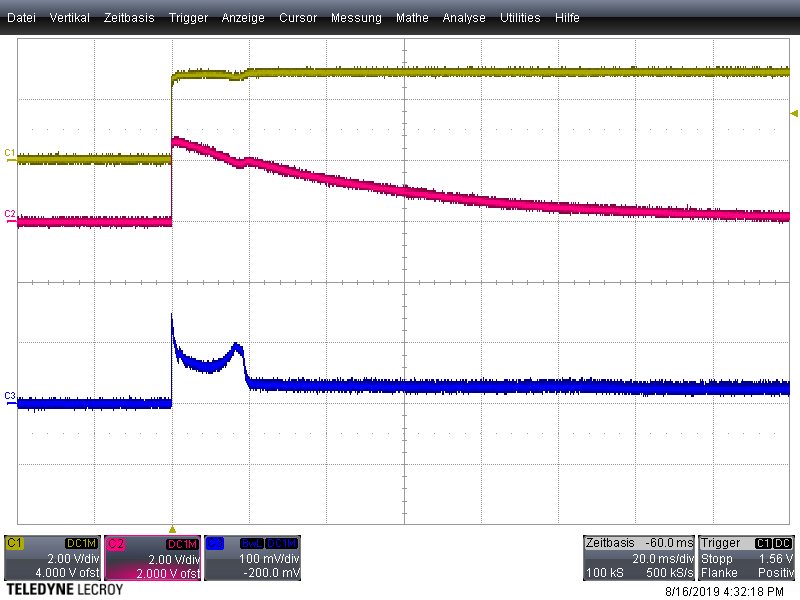 You've configured your micro's output for openDrain without internal PullUp/Down, and you think you have this:

But in all likelihood what you actually have is this:

When you initially power up your circuit, Vcc and GND are at the same potential, so your micro's 'open-drain output' pin will quite happily sink current - and the way you have your external P-FET configured means that it will turn on.

I suggest that you configure your output pin as push-pull and use it to drive an external N-FET, which then in turn drives the P-FET.
Put a pull-down on the N-FET's gate to ensure that it stays turned off until the micro commands it to turn on. 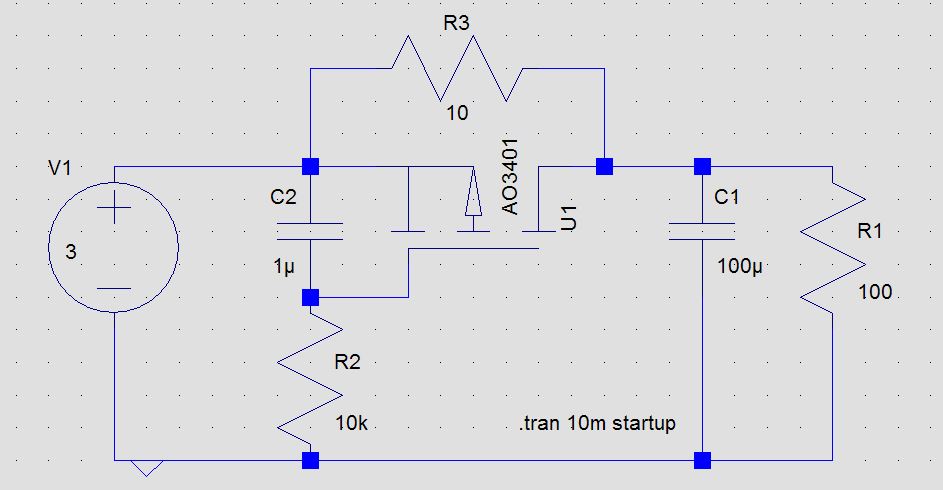 C2 when not charged pulls up the gate and prvents mosfet from conducting. When charged, R2 pulls the gate low and mosfet conducts. A bleeder resistor may be preferable somewhere in the circuit if device will be switched on and off repeatedly.