I'm quite new to electronics and trying to understand how this voltage-controlled filter (VCF) schematic works exactly.

It's a 12db/oct lowpass filter without the use of capacitors but uses the inherent Miller capacitance of the opamp (between the output and inverting input i guess?)

From what I understand, the circuit involving the first op-amp will set the cutoff frequency by applying a DC voltage on the "Effect control in" input pin. It is a voltage controlled filter after all.

Someone online also told me this but I didn't quite understand it yet...:

Those opamps, the К140УД12 ones, are special (by modern standards) because of pin 8. Pin 8 sets the quiescent current of the opamps, which in turn sets the frequency response.

R5 and R8 make sure that the two opamps share the bias current. It's worth noting that the КР140УД8Б opamp is capable of directly outputting a current with the transistor. As long as R5 and R8 match, their value doesn't matter too much; although, they do set a hard limit to the maximum current pulled from the pin8's. It appears that all the signals other than the output are current-mode. 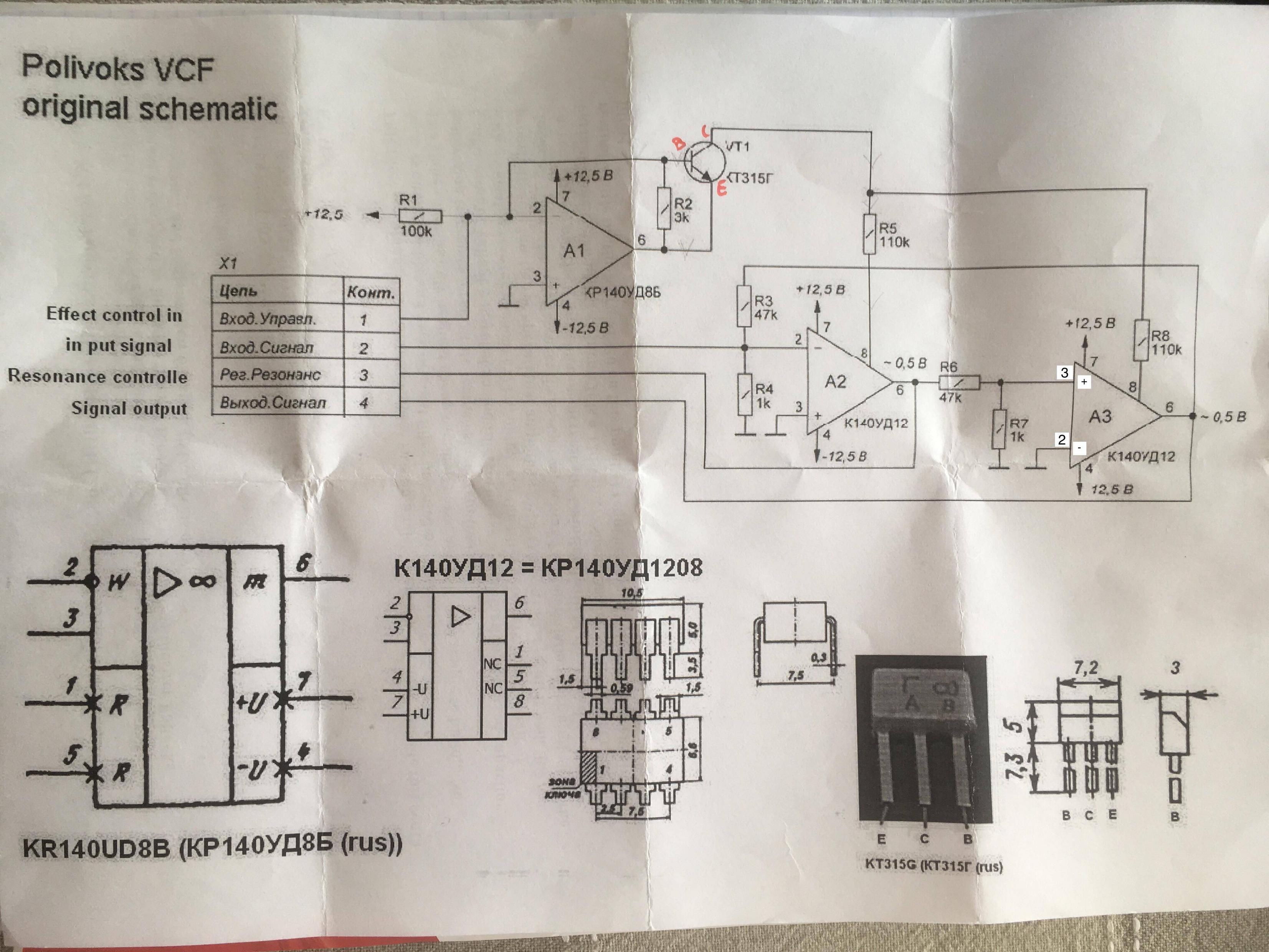 Here's the internal schematic of the uA776 opamp, pulled from the datasheet: 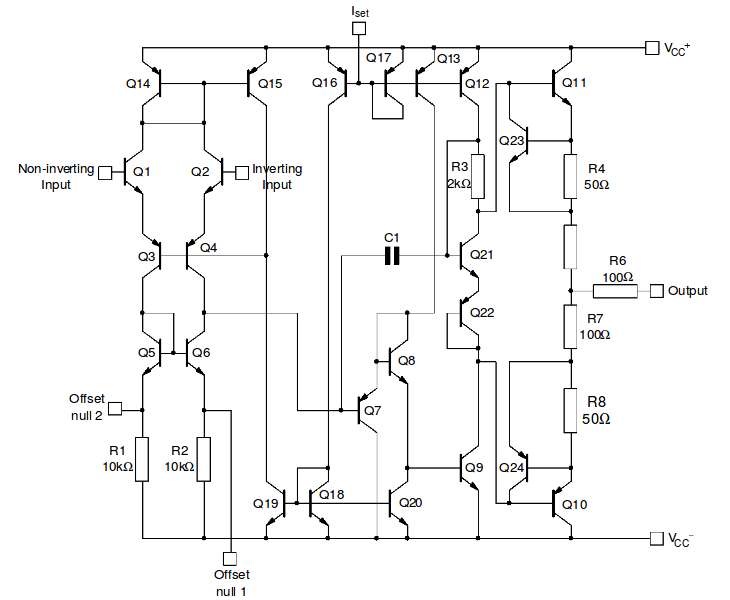 Note also C1, which is added to provide negative feedback at high frequencies in order to make the opamp stable under a wider range of operating conditions. This capacitor creates a "dominant pole" in the overall response of the opamp, which has the general form of a low-pass filter.

This effect is what the VCF design is taking advantage of.

In the surrounding circuit, A1 is effectively inverting the control current (on X1 pin 1, with some bias current provided by R1) and drawing it through the parallel combination of R2 and the B-E junction of VT1 (note that its base is held at "virtual ground" by the negative feedback). With the component values given, most of this current flows through R2, applying a voltage that varies between 0 and about 0.24 V to the B-E junction as the input current varies between 0 and 80 µA.

And yes, it is the combination of A2 and A3 in series that gives you the 12 dB/octave rolloff.