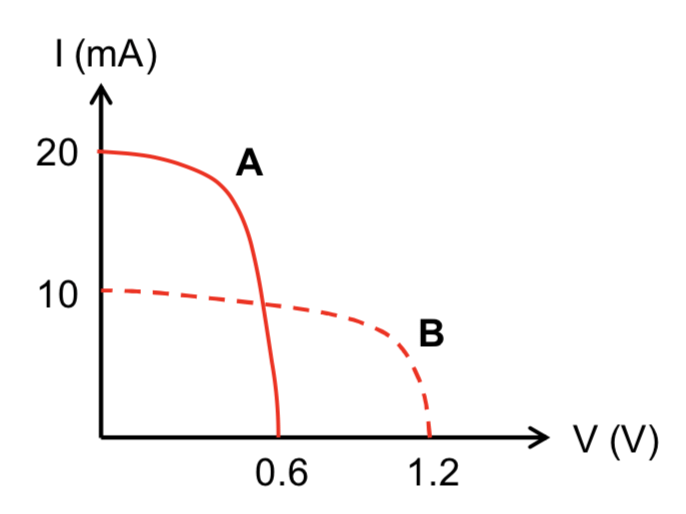 The fill factor, or FF as you wrote, is defined as the maximum power point for the solar cell divided by the product of the open circuit voltage, \$V_\text{OC}\$, and the short circuit current, \$I_\text{SC}\$. So your entire equation boils down to \$\frac{P_\text{max}}{P_\text{in}}\$, which is actually where it all started out.

The logic is circular and gets you nowhere at all towards the rest of your question. Here's why.

One may start out by wanting to define the "efficiency" for a solar cell. This is easy. It's \$\eta=\frac{P_\text{out}}{P_\text{in}}\$. As far as the output portion goes, it's very easy to measure one facet as the open-circuit voltage of the solar cell. Just stick a voltmeter on it. Call it \$V_\text{OC}\$. And for a current? It's also very easy to measure the other facet as the short-circuit amperage. Just stick an ammeter on it. Call that value \$I_\text{SC}\$. And if one then multiplies these two values, the units of power do arrive. But is it meaningful?

First off, those are two "mostly useless" operating points for the solar cell. They are easily measurable. But the power delivered in each case is zero. And useless.

Multiplying them together does give you a rectangle, though, and it is certain that the actual maximum power point resides somewhere inside that rectangle. But there is no additional useful information about exactly where that maximum power point is located, using only those two figures. You only know it is less.

So one can create another term and call it a "fill factor". This will be the ratio of the actual maximum power point (that we don't know) located within the rectangle, compared to the area of this artificially constructed rectangle.

But all that's really been done here is to say that \$I_\text{SC}\cdot V_\text{OC} = \frac{1}{FF}\cdot P_\text{MAX}\$, or that the product of two measureables is equal to the ratio of two unknowns, neither of which we have without the other one. Not exactly useful.

So the whole process may sound nice. And, at least, you know that the product of \$V_\text{OC}\$ and \$I_\text{SC}\$ does bound the issue somehow. But without all those necessary details between those two measurement points, that's about all you know.

And regardless, none of this has much directly to do with the other part of your question about the band-gap.

Speaking of which, there are many different ways to enhance the response functions for higher energy photons. Many of them are still being investigated. But some of the older methods I recall are to use laser dyes to downshift wavelengths into the better part of quantum sensitivity or to use a very thin gold layer on the exposed front-side, used with an applied voltage in order to "drive" electrons produced by shorter wavelengths nearer the surface into the depletion zone to get collected. Neither of these have anything directly to do with the band gap. They work, regardless; though exactly how well may be affected.

But I don't think anyone can provide a direct answer to you. Your question appears at least somewhat misguided. Perhaps you could consider adding some references?

Not a full answer but you also have to consider the spectrum of the illumination. Higher bandgap gives higher voltage and thus more energy per electron released by a photon.

However if the bandgap is higher than the photon's energy, the photon won't release an electron.

This is exploited in double-or multi-layer solar cells, where different layers have different bandgap energies to exploit the greater energy at the blue end of the spectrum.

Not the answer you're looking for? Browse other questions tagged mosfet power-electronics solar-cell or ask your own question.