With little experience with electronics and comming from an Arduino background I am designing my first STM32 PCB. 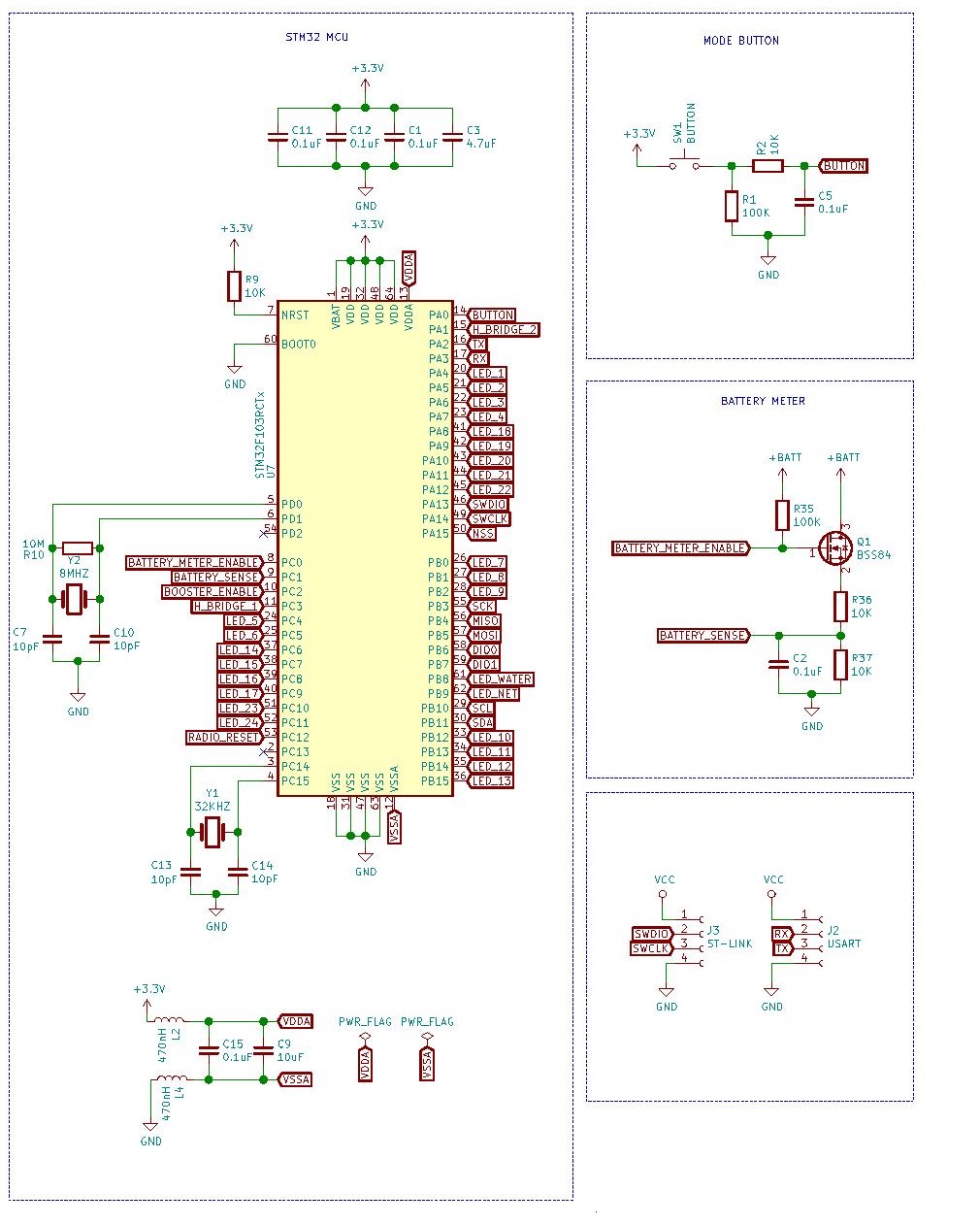 My question here is, since this is my first attempt, I would like to have some advice to check whether is anything wrong with this design? Are there any obvious flaws with it?.

I'd also be glad to hear general opinions about the design.

PS : It's a minimal design working on batteries, I have not included the regulator portion and other parts of the circuit as it's not relevant to the question.

1) Yes it looks good but it depends what are you using the ADC for and how big currents use the analog groun. If it is only for battery reading, it's overkil

3) Some devices need this bias resistors. Some don't and STM32 should have this built in. But it should work even if it is there.

NRST pin is not according to suggestions. It has internal pull up but it needs external capacitor.

Tying boot0 to ground disables serial bootloading. This is OK if you only use SWD.

Both crystals have 10pF load capacitors. Sounds weird, so double check if they are really calculated based on which crystals are chosen.

Double check if the battery measurement transistor circuit operates as inteded. Looks like it should be a PFET.

Sometimes buttons are pulling to ground so that there is no need to route 3V3 to button, if there is risk for short circuits.

Not the answer you're looking for? Browse other questions tagged circuit-design stm32 schematics stm32f103 or ask your own question.

0
Addding Chip Schematics to Proteus
10
Cannot Program a Custom STM32 Board
1
STM32F103C8T6 custom design check
5
DP83848 + STM32 & Failed EMC (massive spikes of 25MHz crystal harmonics)
5
How the PCB-A are designed?
2
STM32 L4 HAL_FLASH Writes in one function but not another
0
Should bus transceivers be used for a legacy M68SEC000?