The project I'm working on is an electrically powered vehicle. I have found this fairly simple circuit to control my motor's speed. 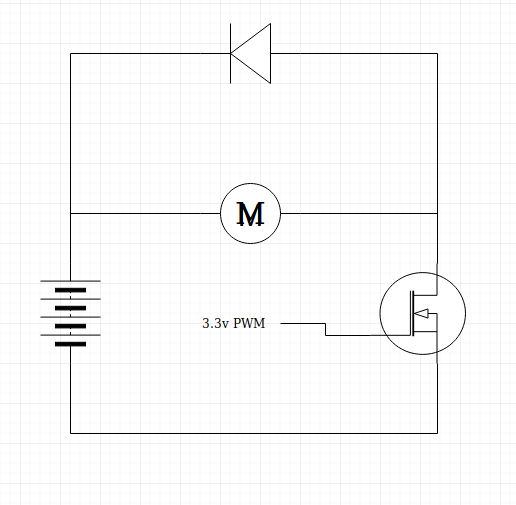 The real question I would like to ask is how I can implement regenerative braking with this setup, which is perfectly explained in this question but I appear to be retarded in some way and I would be really grateful if a simpler explanation can be given.

My understanding is that I would need something similar to this: 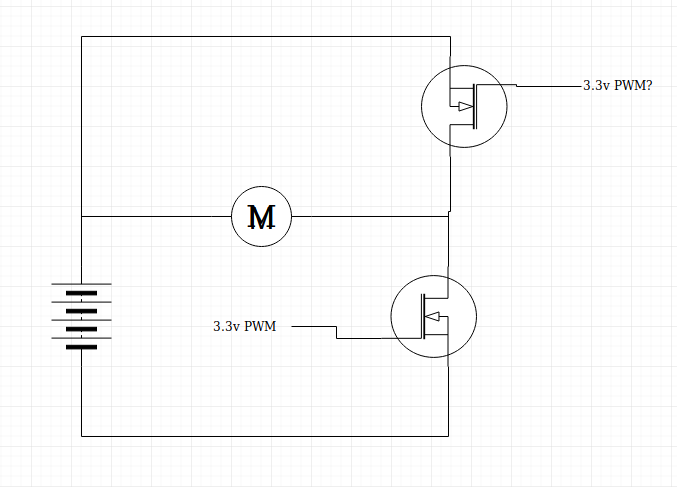 Where I will have to first close the upper transistor effectively shorting the motor then when it starts building up voltage I will have to open that and close the lower transistor allowing that voltage to go into the battery and it goes back and forth. The author mentions though that if I'm using PWM then I probably already have regenerative brаking and from what I understand I would need to implement some serious driver logic which is completely in contrast to what the author is saying. Additionally what happened with the diode, what is protecting the transistors now? I tried adding 2 diodes but I get a short no matter what I tried... Obviously I need some help. 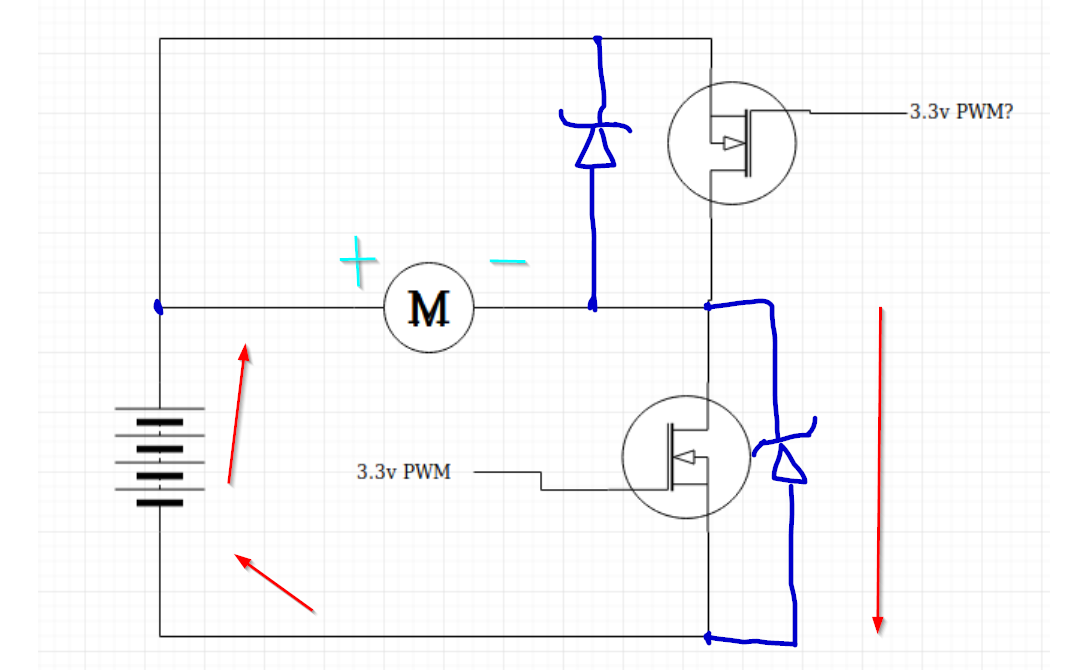 Not shown, but very important, is the motor inductance which you can imagine as an inductor L in series with an ideal motor (the latter is a device that produces a voltage proportional to the shaft RPM and has some internal resistance, and creates a shaft torque proportional to current).

That's two-quadrant (forward drive and forward braking) control with regenerative braking. If you want it to do the same thing in either direction you need twice as many switches.

This appnote describes, in detail, 2- and 4-quadrant motor control with regenerative braking for each direction.

The short answer is you need at least 2 FETs to effect regenerative braking in the forward direction. In reality, your vehicle will want to reverse as well, so 4-quadrant control is appropriate.

Not the answer you're looking for? Browse other questions tagged dc pwm dc-motor brushed-dc-motor or ask your own question.

43
How can I implement regenerative braking of a DC motor?

9
Algorithm for mixing 2 axis analog input to control a differential motor drive
1
Controlling DC brushed motor for dummies, please
0
Driving a large, noisy, free-wheeling DC motor (cooling fan)
0
Selecting pwm frequency for speed control of a dc motor?
1
DC Motor Theory and Practice
0
Using a BLDC motor for regenerative braking
1
Relationship Between Number of Coil Turns in DC Motor and the Efficiency of Energy Retrieval From Regenerative Braking
3
Is a PWM required for regenerative braking on a DC Motor?
2
How to model the motor for this PWM motor driver circuit and is this simulation reliable?
0
Can we mix pwm and resistor to control brushed dc motor speed?