When a MOSFET is working in its saturation region, it might be used as an amplifier. But, as far as I understand, the more you increase vGS (voltage between the MOSFET's gate and ground) the less output voltage you get, which is the opposite of amplifying. Let me explain:

Having this (supposed) amplifier: 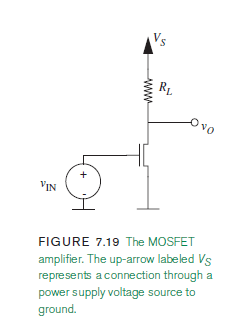 when it is in saturation region, it behaves as a VCCS, which, apparently, leads to an amplifiers' behaviour: 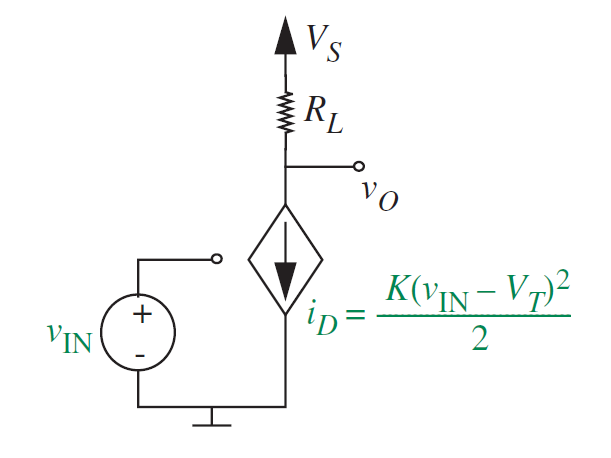 You need to distinguish between large signal and small signal.

Suppose your input is a DC value VIN. This causes a DC current ID which is calculated with your equation.

Now, suppose you add a small signal to this: Then you can use Taylor's expansion to get an approximation, which will yield:

iD = (what you have) + (derivative, evaluated at the point you have)*input.

The relationship between the oscillation term in the output and the one in the input is called gain, and sometimes is negative, but that only means the output is a mirrored image of the output. What matters is: if the absolute value of the gain is greater than 1, the output produces a "larger" version of the input.

It is an amplifier because you put a wiggly signal in, and you get a bigger wiggly signal out. The fact that the output wiggles down when the input wiggles up is a trivial detail, that -- if it's a problem at all -- can be solved in any number of ways (not least of which is following one stage by another, because two negative gains, when multiplied, result in a positive gain).

Not the answer you're looking for? Browse other questions tagged mosfet amplifier or ask your own question.

3
How is possible that with same Ibase there is more than one Vce?