In PLCs, my understanding is that one 'tick' represents one pass through the equations; every gate is updated once with respect to its inputs. This does not guarantee that the change-of-inputs has propagated to the outputs. Therefore, a PLC may require several system-ticks for the outputs to stabilize w.r.t. the inputs.

In contrast, I have been told that vital-logic controllers execute the ladder-logic repeatedly, within one system tick, in order to force the change-of-inputs to propogate all the way to the outputs in one tick.

So, my question is:

1) Yes, by 'vital-logic' I am referring to railway signalling controllers where fail-safe operation must be guaranteed.

2) I have been unable to find a manual for a vital-logic controller covering this level of detail. I'll get in touch with the manufacturers.

3) By 'tick', I meant 'program scan'. I am basically asking if there is any difference between the program-scan operation in a PLC, compared to a vital-logic controller.

In PLCs, my understanding is that one 'tick' represents one pass through the equations; every gate is updated once with respect to its inputs.

I've been working with PLCs for over 30 years but never heard of 'tick' used in that context. Most use the term 'program scan' and over the years program scan-times have dropped from around 20 ms to < 1 ms. In general a simple PLC works as follows:

We'll have a look at the vital logic when you supply some details.

This does not guarantee that the change-of-inputs has propagated to the outputs. Therefore, a PLC may require several system-ticks for the outputs to stabilize w.r.t. the inputs.

No. The outputs are updated at the end of the scan. Obviously if timers or counters are used there will be a delay in the output response. The other thing is that if an output depends on a condition that will only be true further down the program then that output won't turn on until the following scan. This may be what you are thinking of. 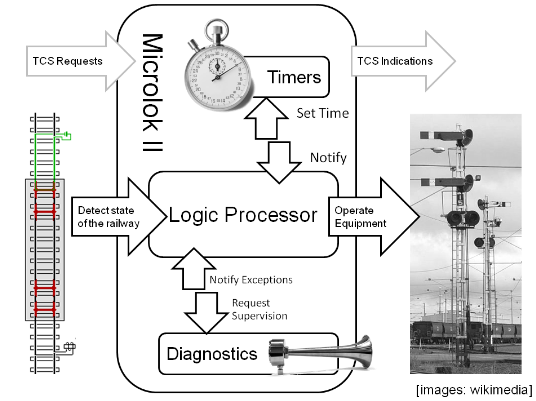 Figure 1. A rather quaint mix of old and new from Μίνθα: A Framework for Auto-Programming and Testing of Railway Controllers for Varying Clients.

SSI utilises a 2-out-of-3 redundancy architecture, whereby all safety-critical functions are performed in three separate processing lanes and the results voted upon. An SSI interlocking cubicle comprises three Interlocking Processors or Multi Processor Modules (MPMs), two Panel Processors and a Diagnostics Processor (DMPM). An SSI system can operate on two MPMs in the event of the failure of one. It does not need the DMPM to function as an interlocking, as this drives the technician's terminal only.

I have been told that vital-logic controllers execute the ladder-logic repeatedly, within one system tick, in order to force the change-of-inputs to propagate all the way to the outputs in one tick.

The big problems will be ensuring that a processor bug doesn't cause the same problem across all redundant systems. For this reason they may choose processors from a variety of lots or vendors and execute a transformed program (think of de Morgan's equivalent of the logic) in one of the controllers. The other aspect to bear in mind is that the monitoring unit needs a short time delay before reacting to a mismatch in outputs.

This week I was debugging an industrial control solid-state safety circuit (Omron components) and out of curiousity I monitored the dual-channel safety circuit that monitors the machine safety doors. As I expected, every 200 ms the 24 V source signal is switched off for 0.5 ms and if this is not detected by the corresponding input the safety input faults out. Meanwhile the other channel is doing the same test with 100 ms offset. This type of checking will detect open or short-circuits in the safety wiring but, most importantly, it will detect an input stuck "on" due to a failed semi-conductor on the safety controller input.

It's a fascinating topic.

I had a chance to directly ask the vendors (Alstom, Hitachi) at a trade-show (RSSI) about this. Surprisingly, both vendors confirmed that they do use the technique I described. Specifically, both vendors described their vital-logic execution model as:

Unfortunately, it's very difficult to dig up anything like a data-sheet which describes this behavior. Both vendors used slightly different terminology to describe this function.

Not the answer you're looking for? Browse other questions tagged plc ladder or ask your own question.

3
PLC rung definition and evaluation
1
Ladder Logic for PLC Program
0
Writing long PLC code routine without scan-time over-run
9
Are there any commercially available PLC's that can compile/ download programs through an API?
0
A question about PLC architecture and ladder logic
1
Creating ladder PLC logic using force inputs and outputs
0
what is the logic behind these ladder lines
0
STEP7 MICROWIN PLC Ladder Diagram