I'd like to use both a beefy center tap transformer (220v to 24-0-24, 1000VA) and an ATX PSU togheter, to power some lab equipment. So I isolated from case the ATX GND on DC side as the case is earth ground referenced, to make the ATX GND floating; and I'd like to connect the ATX ground to the transformer's center tap in order to have +-24v rails from the transformer and being able to use that rail togheter with the ATX rails. 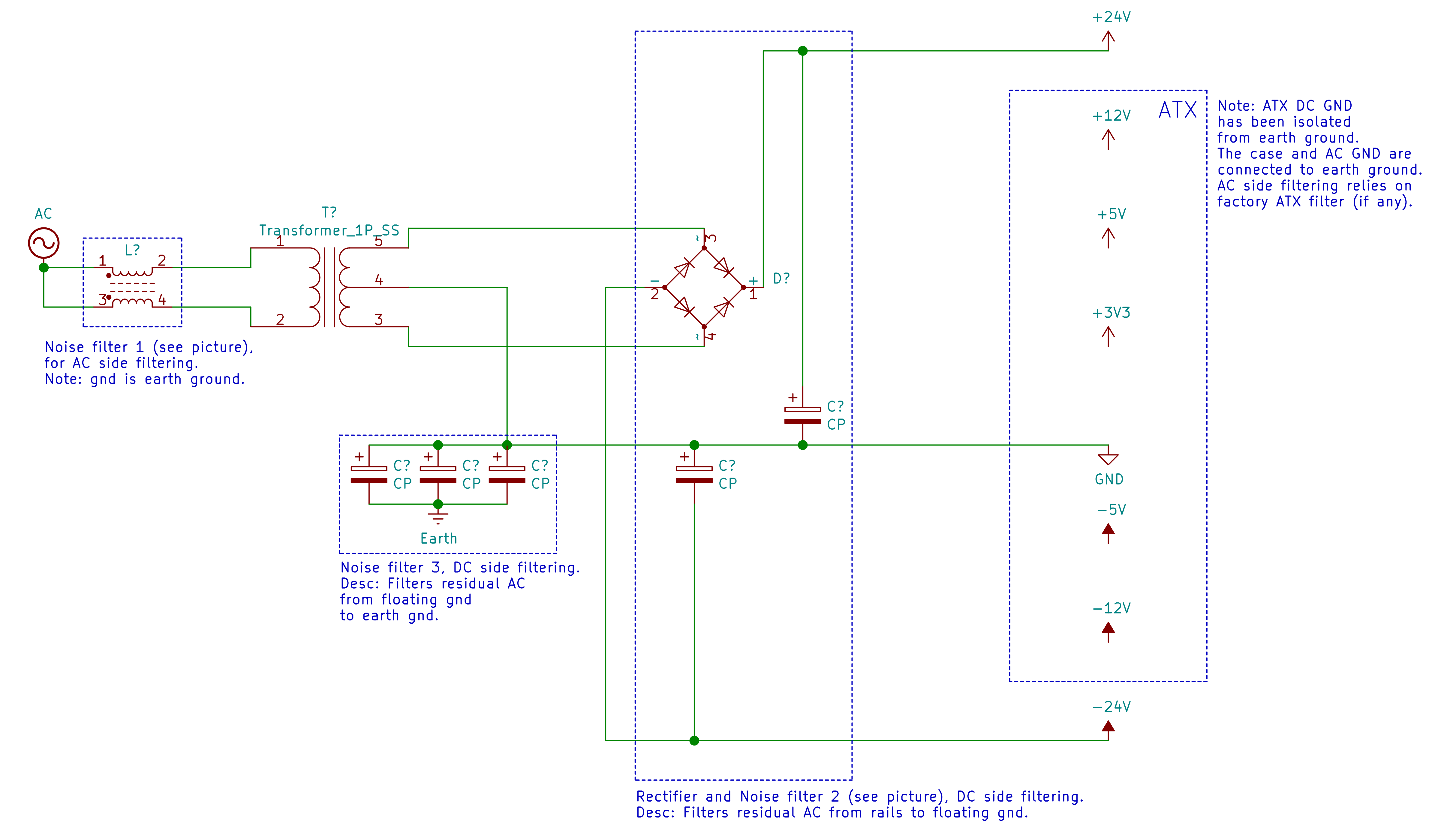 1) Given I don't know the ATX circuit, how can I be sure that some AC (example: 77v, a few uArms) from the center tap won't burn the ATX? Are Filter2+Filter3 enough? Or I need some diodes (example: "Moral of this story: include diode D1 even if you think that it isn't necessary." )?

2) protections: I placed glass fuses both on the primary AC input and the DC output connectors in order to have a basic overcurrent/shortcircuit protection. How can I improve that? Example: a bulb could be both a limiting resistor and a visual signal proportional to voltage/current output but I don't know how to dimension it (ie: do I need a 12v, 24v, ..., 220v bulb? Can I place it on the center tap?). Are there 10-20A resettable fuses (or PTCs) similar to the ones used on smaller circuits?

After the first powering up I'd like to further refine the filtering. So I need a way to measure and do some math for proper capacitor placing and dimensioning. I've a cheap oscilloscope but I have no idea how to track ripple and choose the right caps. Any advice?

EDIT1: added some links and corrected some typos.

EDIT2: modified question to include EMI issues raised in the comments.

Not the answer you're looking for? Browse other questions tagged power-supply transformer ground atx or ask your own question.

3
Connecting center-tapped transformer to earth ground; or, why am I being electrocuted?
0
Using all the taps of the transformer at the same time?