I am still beginner to design and so I would to confirm that the variable resistor setup is correct?

Does that seem correct? 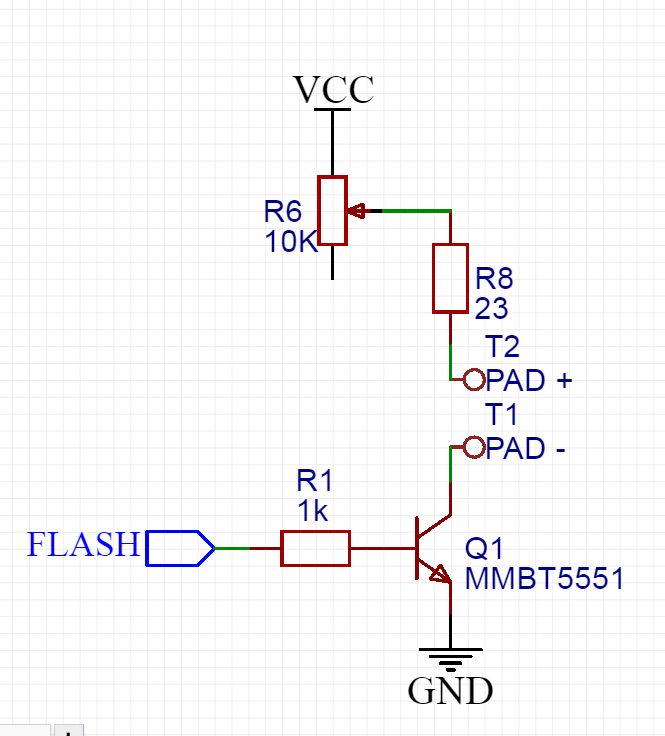 That transistor consumes 0.2V of your 5V supply when saturated. To saturate that transistor, 10mA base current should be available, if 100mA collector current flows.

The calculation for base resistor involves the transistor's base-emitter junction voltage around 0.7V. Fairchild's data sheet suggests it would be about 0.86V @ 25C, for a base current of 10mA. If you were to drive the base from a very stiff 5V logic signal, base resistance would be \$(5 - 0.86)\over{0.01}\$. That's 414 ohms. However, logic gates are not infinitely stiff suppliers of current, so you'll need to reduce this resistance.

Your base drive FLASH suggests a momentary pulse. Your transistor may survive a short current pulse without overheating, were it to be biased into non-saturation. This scenario opens up the possibility of controlling LED current by varying base resistance. A fixed base resistor in series with a potentiometer might be appropriate, if current accuracy was not an issue.
If FLASH lasts too long, the un-saturated transistor may flash instead of the LED.

Not the answer you're looking for? Browse other questions tagged led resistors bjt or ask your own question.