While trying to repair a cheap digital kitchen scale, I came across this component (see picture below). AFAICT, this is 95% identical to the standard Wheatstone bridge interconnect for combining 4 individual load cells with 3 leads each; the red wires directly lead to the scale's controller. However, it has one additional twist: one of the red wires is connected to something below the white resin blob, and then continues to the controller. Unfortunately, even very carefully trying to remove a bit of resin seems to already have destroyed that component, I also removed something looking like Kapton tape with a trace on it. Before, the two leads going in and out of the resin blob measured about 65 Ohms of resistance; afterwards, it's more like 17 kOhm.

I already had sort of given up on the scale, so as a last-ditch attempt, I just bridged the mystery component with a bit of wire, but that didn't help either, the scale doesn't calibrate properly anymore.

But my curiosity has been piqued: can anybody venture a guess what that component is? I was guessing something like a PTC resistor to compensate for environment temperature, but isn't that the reason why these cheap scales self-calibrate on powerup, because you can save the temperature sensor? 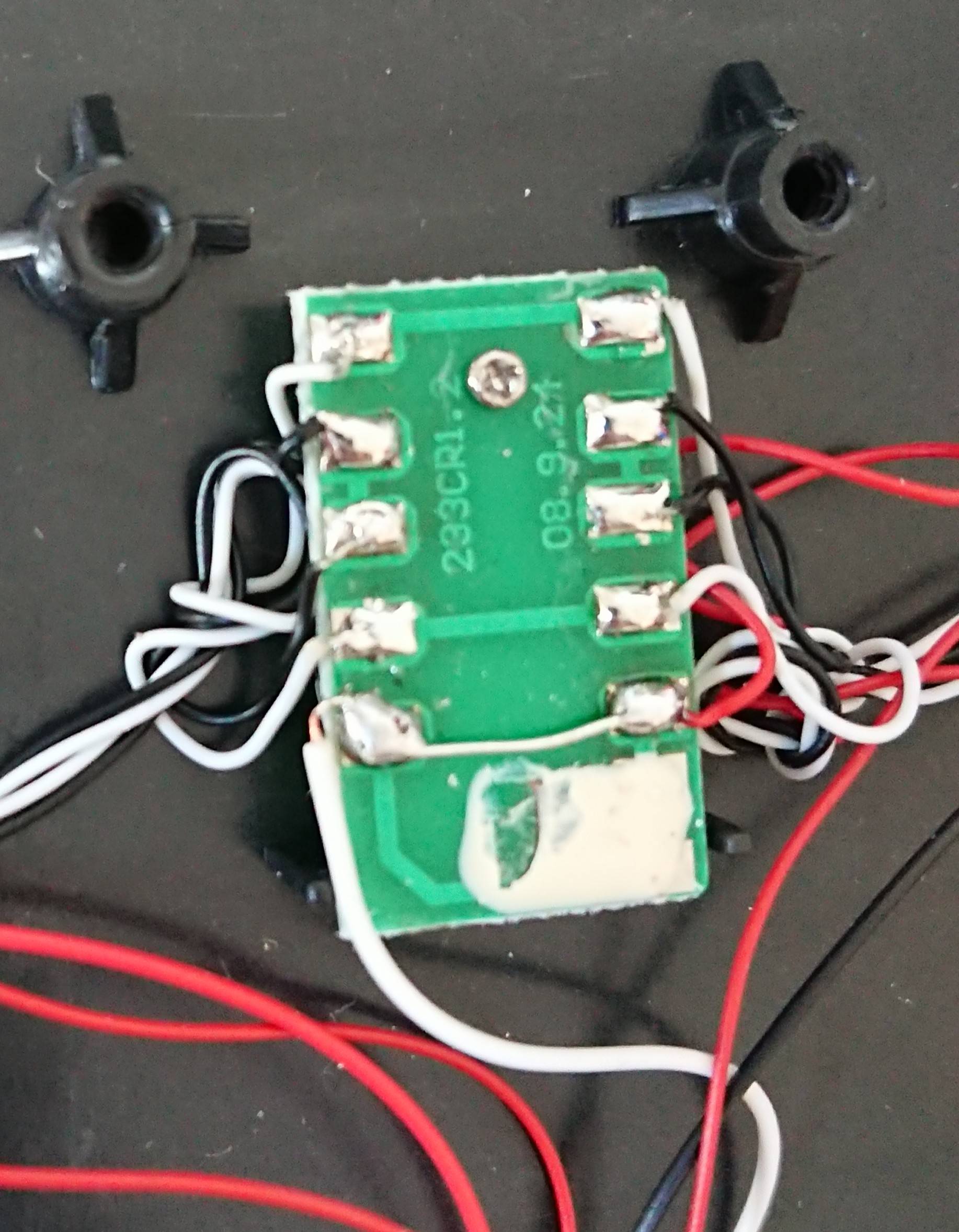 The way to remove this kind of resin is generally with a solvent like methelated spirits and a toothbrush, just takes a long time, have a small jar or similar, place the board in it, and let it soak for a half hour, pull it out and brush away the few 10's of microns of surface material that softened, then put it back in the jar, and repeat

My guess is that component is a laser trimmed resistor, its made of a white ceramic from what I can see, that is likely there factory calibration, to trim the gain of the scale,

The device only corrects its zero every power up, not its gain, so you may have to work out what that resistance was.

Not the answer you're looking for? Browse other questions tagged sensor identification load-cell or ask your own question.