I am new to the world of electronics, but keen to learn. The below all relates to the 12 V circuit of my van.

I have picked up a campervan which has a second "leisure" battery which powers items in the rear, such as LED lights etc. These lights run off a caravan-style "power management system" and this system is fed from the leisure battery via a 25 A fuse.

My question is this: if the alternator can produce 90 A then when the relay switch is closed (ignition is on), why doesn't the relay fry as the relay is rated at 40 A?

Also, why doesn't the fuse going to the PMS blow as the fuse is only 25 A? 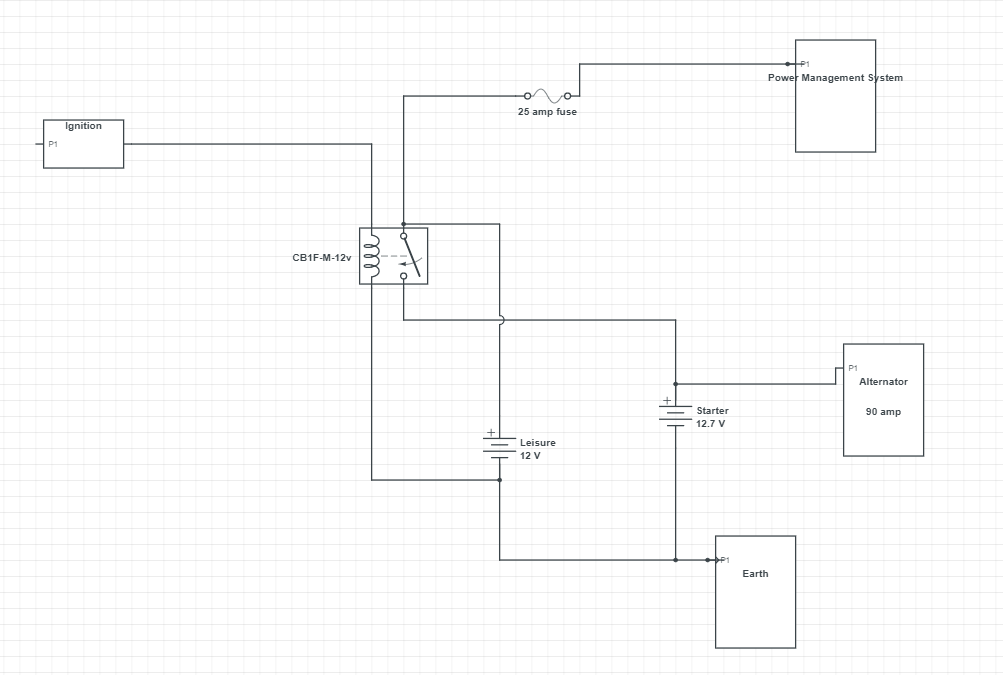 Alternators (or any kind of electrical generator) work by providing a voltage between their terminals. The current provided by such alternator depends on what you connect to it (and the generated voltage, of course). The 90 A rating means you can draw at most 90 A without frying it, it does not mean that the generator is forcing 90 A through the circuit. So you can bet that if the relay and the fuse are not blowing, its because the current through them is below their rating. Hope that helps :)

1
Insufficient current to drive automotive relay?
1
Most efficient two-way switch relay and/or schottky (or..)
0
Does a VSR current rating affect the size of leisure batteries that it can charge?
0
Van with Solar power but no auxillary battery and only on sunny days. Do I need switches and isolators?
2
Vehicle Alternator/Inverter system
0
Help Troubleshooting Relay for Vehicle Offroad Lights
0
Avoiding battery charge interception with high-current devices
0
Will this battery bank electrical diagram work as intended?