I don't know what's wrong... I have an ATTiny13 which gives a dummy impulse turning a fan on and off every 2 seconds; so the plan.

I attach two power sources (for dummy purpose) before and after the optocoupler (5V on the top right; and DV on the center bottom). In the experiment both have 5V but it has to be tested like this.

When I put an LED behind the opto instead of the fan, it shines bright and nice. When I replace it with the fan - you see it trying to move but without enough power so he just move 1mm until the power goes off again. 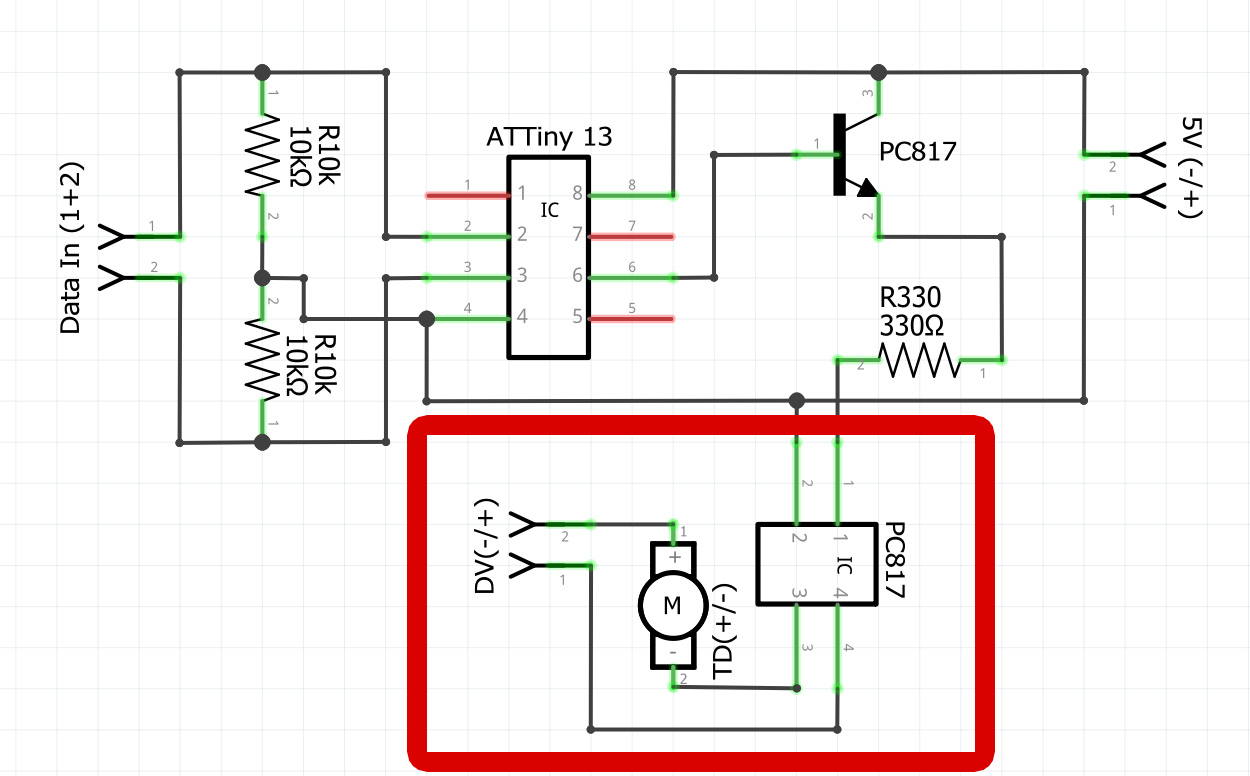 I just circled the optocoupler part.

It would be very nice if someone has a clue why there is such a voltage drop through the optocoupler.

EDIT: After the answers below I came up with this working solutions (it seems so). 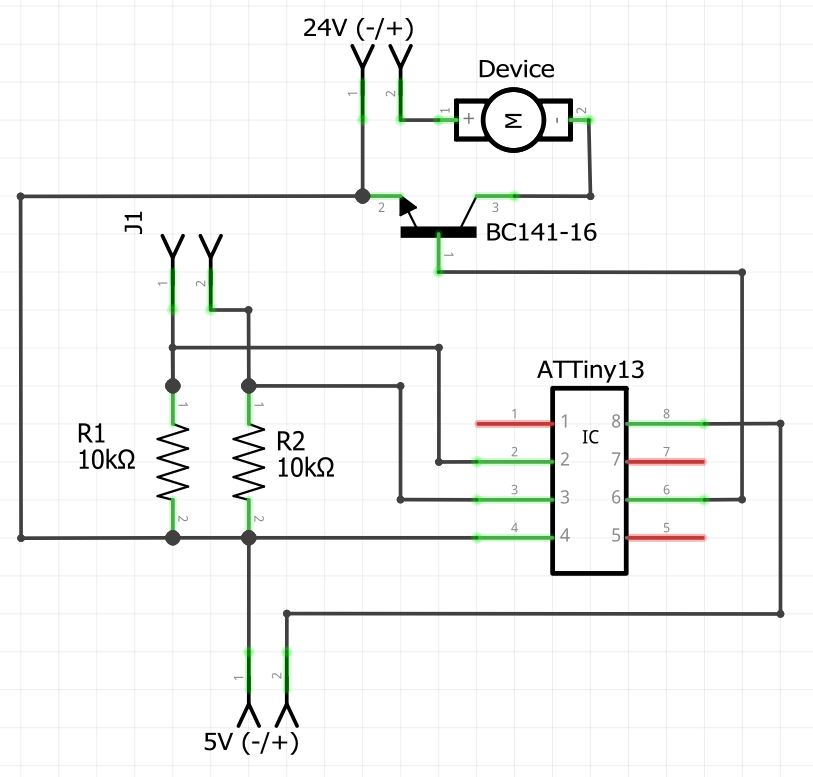 The optocoupler is able to switch a few mA (the datasheet says max. 30mA @ 5mA input current) which is enough for a LED but obviously by far not enough for your DC motor.

A simple solution would be to add a transistor at the secondary side (motor side) of the the optocoupler.

Optocouplers aren't made to switch power. They are made to transfer signals.

Here's a snippet from the datasheet for the PC817 you are using: 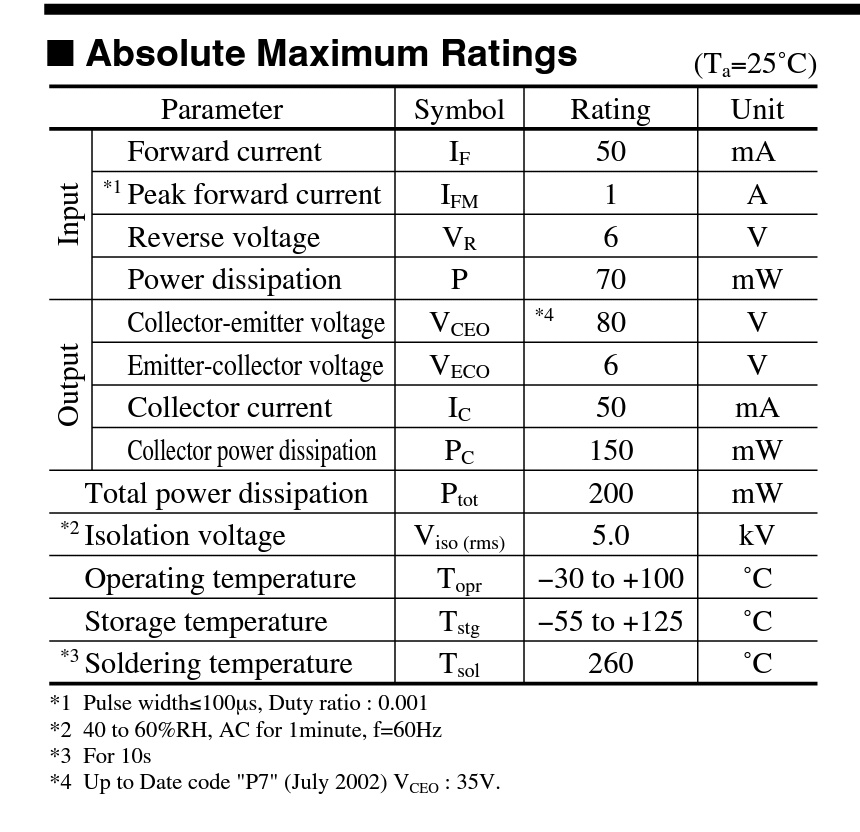 Do you see the line "Collector current" in the "Output" section? That 50mA is all the current that optocoupler can pass without burning out. That's probably a lot less than your motor needs.

You don't need an optocoupler to drive your motor. A properly sized transistor would do - together with a diode in anti-parallel with the motor to catch the high voltage spikes when you switch the motor off.

Not the answer you're looking for? Browse other questions tagged voltage power pcb opto-isolator or ask your own question.