I am designing a small PCB that has several digital and relay outputs. The signals to and from the board will be 24VDC, while the logic on the board will be 3.3VDC. There will also be 12VDC for the relay coils. I am using optocouplers on the inputs and outputs. I have built the circuit on a test board and it seems to work as expected. However, I have had 3 optocouplers fail during testing so far and I am not sure why. My design is basically the same as the test circuit from the K847P datasheet, shown here: 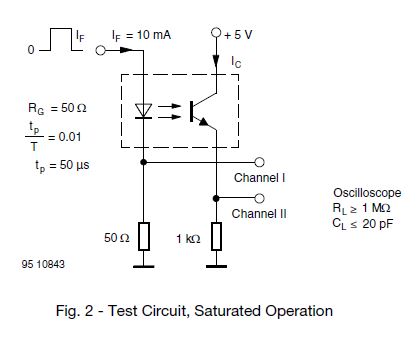 I have a second LED in series with each one optocoupler LED so that I can tell at a glance which ones are on. Each LED/opto LED combo has a resistor that should limit them to 10mA.

I am also using relay drivers (Darlington arrays) to run relays on this board. I used the extra channels on the driver to run the LED side of my optocoupers on the outputs so that I didn't have to worry about the LED current on pins of my microcontroller.

This shows one digital output: 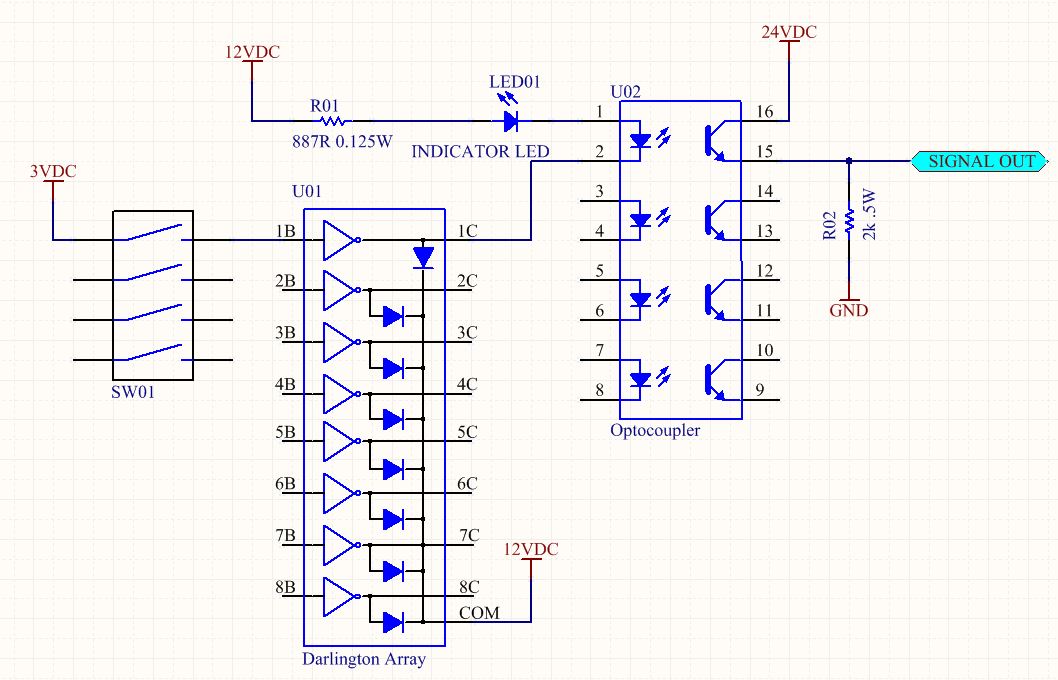 Is there something obvious here that might be killing the optocouplers? The dead ones seem to have low forward voltage (anywhere between 0V and .7V) and open circuits on the outputs. It seems to me like the LEDs are burned out but I am not sure how that could have happened.

I have built a mockup of my board by hand and it has six of these 4 channel optocouplers. So far I have one with all 4 channels dead, and two with 1 dead channel each. This seems like too high a failure rate to be coincidence to me.

UPDATE BASED ON QUESTIONS: I have used an oscilloscope to watch the 12V bus, the 3.3v bus, and across the relay coil terminals while switching one of my relays on and off. I did not see any transient voltage spikes. I think the snubber relays on my relay driver are doing their job, which lands me back at square 1...

Also from a comment but moving up here for visibility: The optocoupler is a Toshiba TLP291-4 and the darlington array is a Texas Instruments ULN2003A. I was also using a K847P optocoupler to test on a breadboard and discovered a burned out channel on that one as well, so I would guess it isn’t something specific to my optocoupler choice.

Browse other questions tagged circuit-design opto-isolator or ask your own question.

38
Why are relays so frequently driven by optocouplers?
3
Debugging a PIC16F84A interface with a 4N25 optocoupler
1
Multi channel optocoupler
3
Optocoupler driving 300mA continously (or use darlington topology?)
0
4n25/35 optocoupler detect led on/off
0
Latching/Non-Latching Relay Driver Circuit with darlington optocoupler
0
I/O Module with optocouplers
2
Understanding the difference of optocouplers vs relays and choosing the right replacement
0
Reading an optocoupler datasheet and calculating the resistors for its input/output
1
Optocoupler output current selection