What is the Rseen from this node? 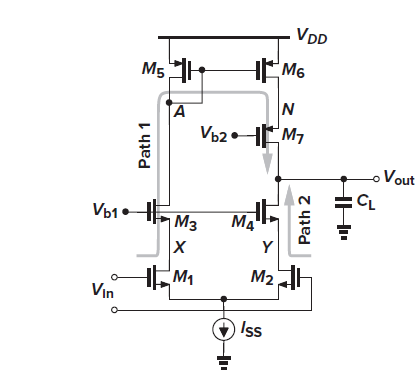 Won't this affect the stability of the OTA? I mean that there are now three poles I have to consider (in his case he considered that the mirror pole and the output pole are the poles that might case instability). But now beside these two poles there is a third pole at node N which might degrade the phase margin, unlike the pole at node X which is very far (might be located after 10*gain crossover so it won't degrade the phase margin at all)

My derivation for the Rseen from Node N: