A 4(5)-band resistor with an extra black band

I need to replace a burned resistor in an electric kettle, but I'm not sure I identified it correctly. The bands are: Red - Grey - Grey - Gold - Black. My preliminary guess 28.8 Ohms no tolerance.

According to one of the answers in this post, a black band indicates non-inductive wire-wound resistor, supposedly its value calculates as a 4-band one. In this (1) case, we have 28 x 1e+08 = 2.8G Ohms 5%.

According to one of the answers in the next post, a black band could be the leading zero(although according to what I've read it never starts with a black marking, but it seems the latter post disproves that, eh?), making it a 5-band resistor. This (2) case doesn't seem to make much sense as the 2nd band is gold. In all unlikely hood, assuming I'm wrong, it's actually a brown, then we have 018 x 1e+08 = 180M Ohms 2%.

According to one of the answers in that post,

Sometimes a black band, centered over the end cap, is added to make it more obvious which is the right-hand end.

In this (3) case, we calculate it as a 4-band resistor, starting from a red band, and we have the same answer as in (1) case.

I calculated it on the premise it's a 5-band resistor, starting from a red band, assuming a black band implies no tolerance, as it was said here: 288 x 1e-01 = 28.8 Ohms w/o tolerance.

My main question: What's the value of the resistor?

My follow-up question: Can a resistor have no tolerance?

My off-topic question: I didn't want to do the research before posting a question, because it's pain in the ***, and now it is only reinforced. There's so much contradictory information, and it only made me more confused. Why do you guys encourage to conduct a research before posting, if the information is so unstructured and complex so that in each case we have different answer? Thank you.

P.S. Although it's burned, and because of the quality of the image, it may seem like the black band is burned gray one, but it is confirmed it's black. I made another picture, but because of the size, I couldn't upload it. 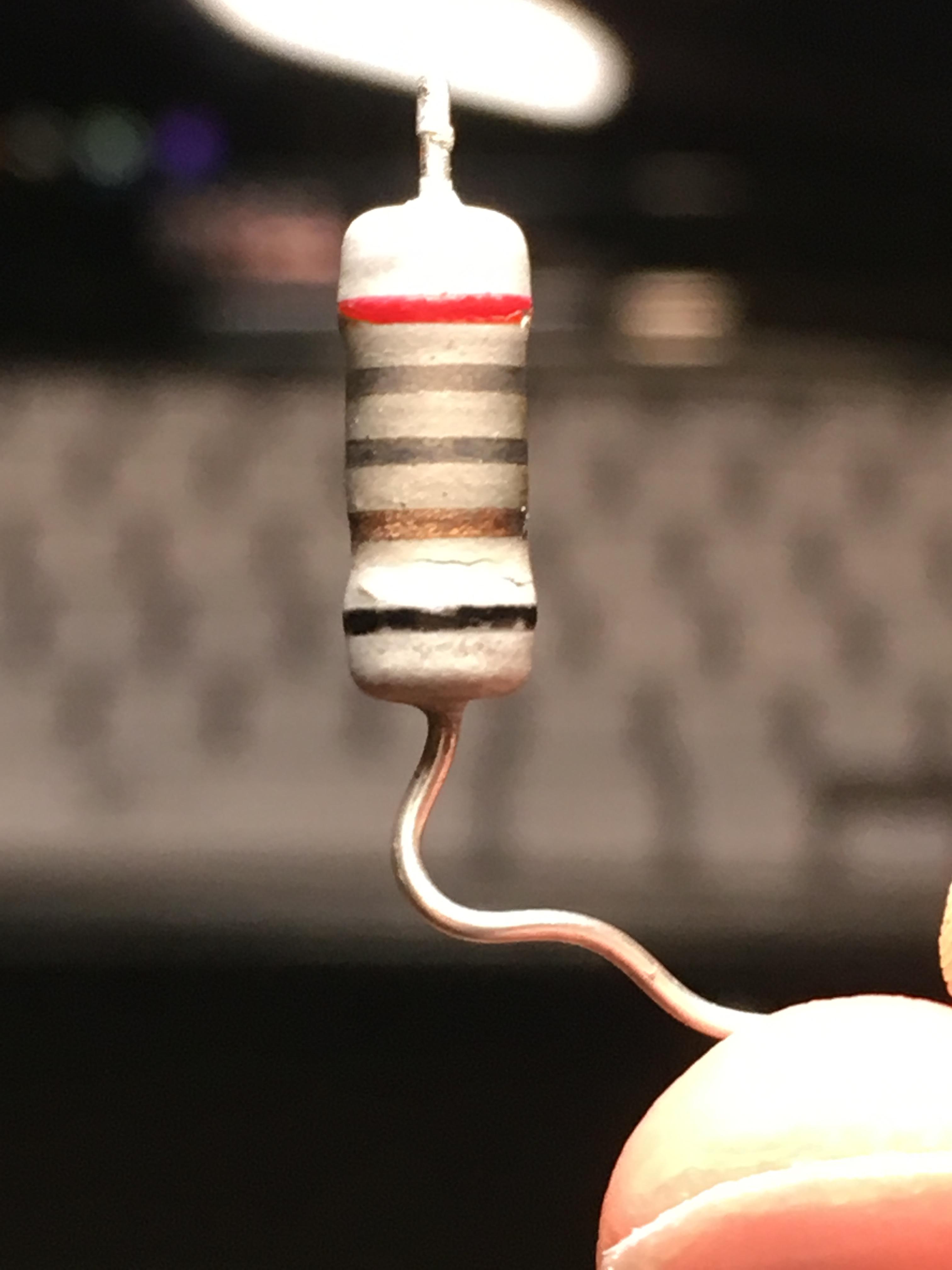 The place it was connected to is on the left side of the circuit, nearby the marking "R1": 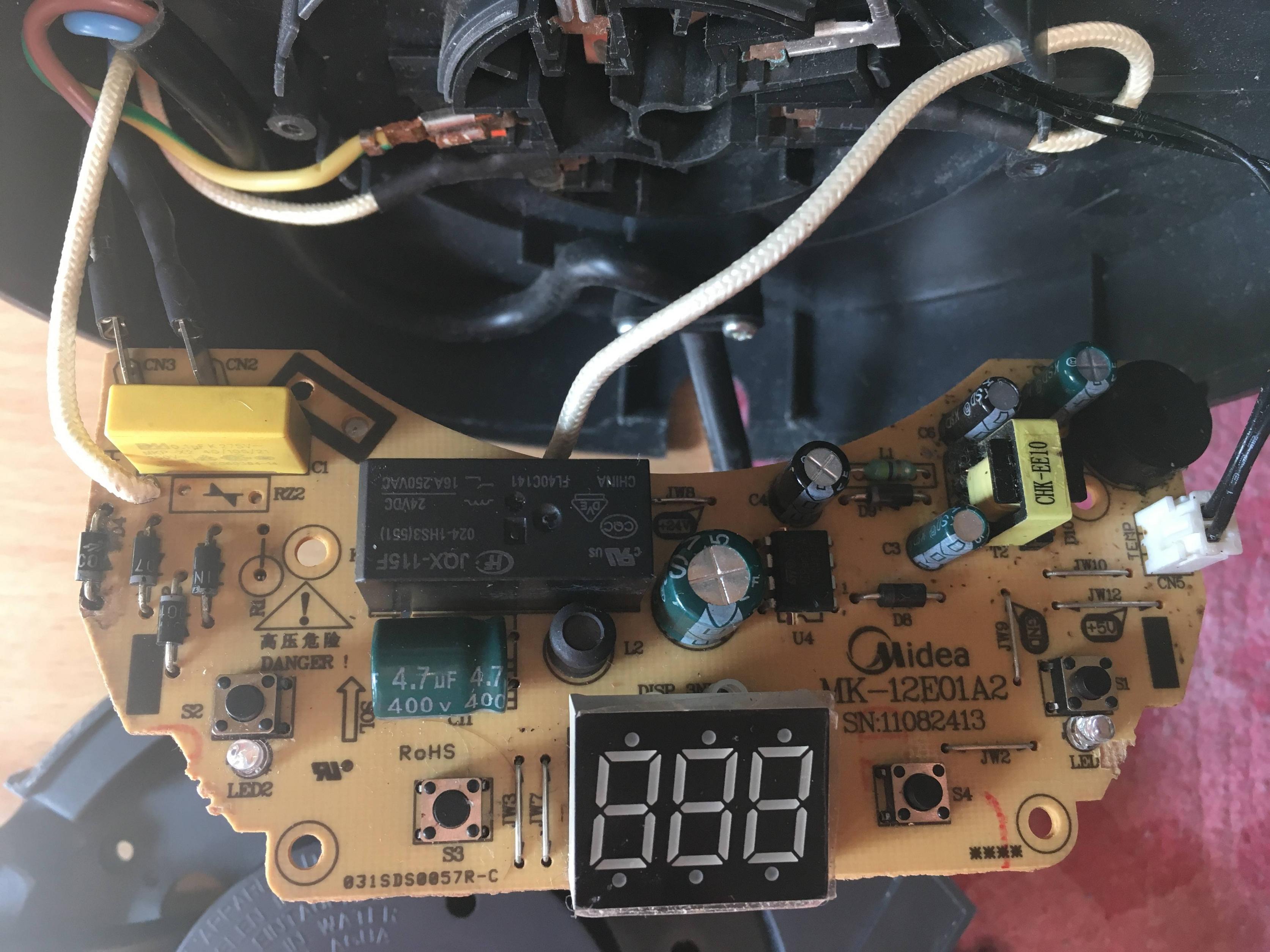 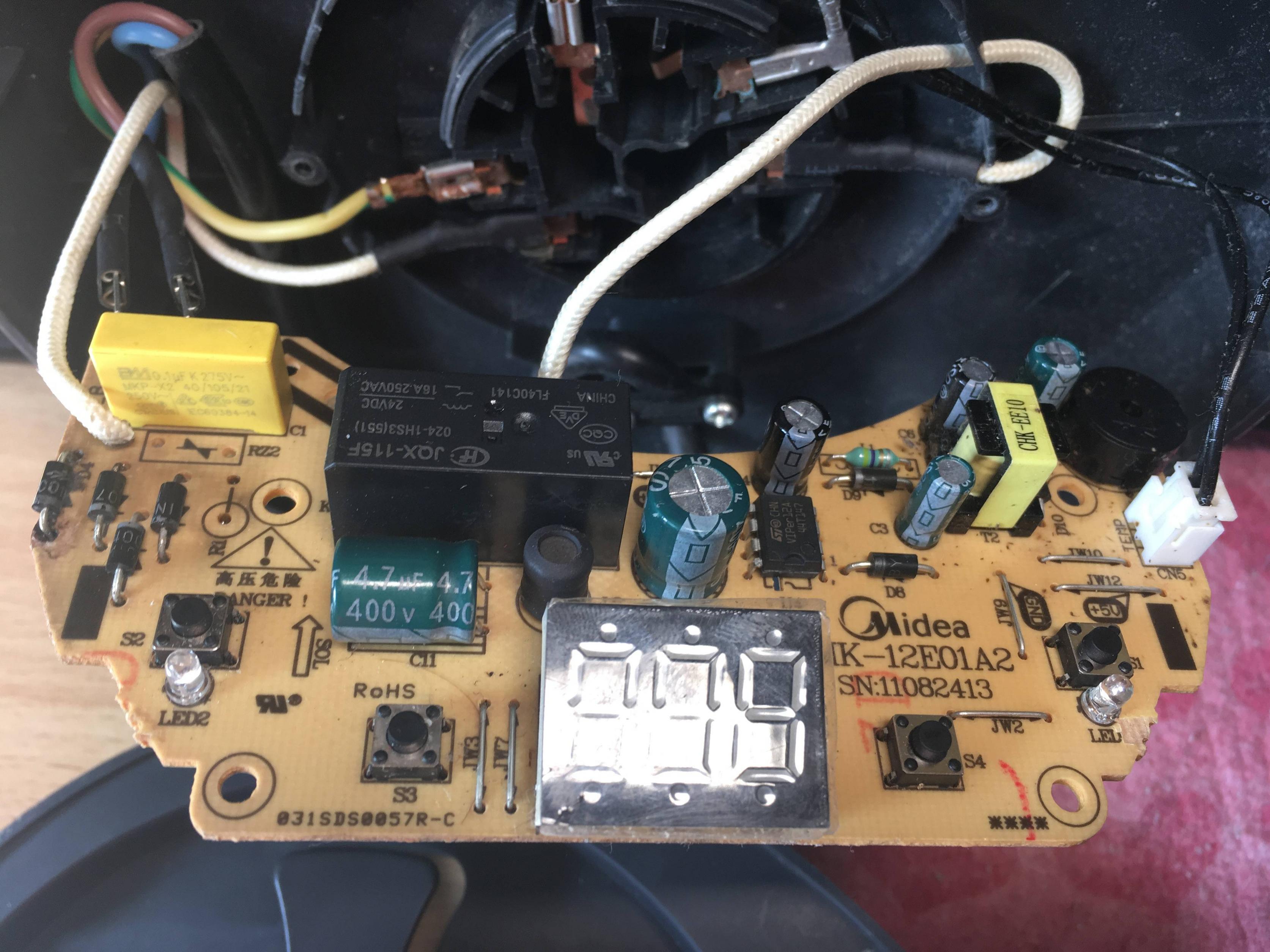 Here's a resistor that was used to replace the original. It failed, and got burned too. I believe its value is 47Ω 5% tolerance 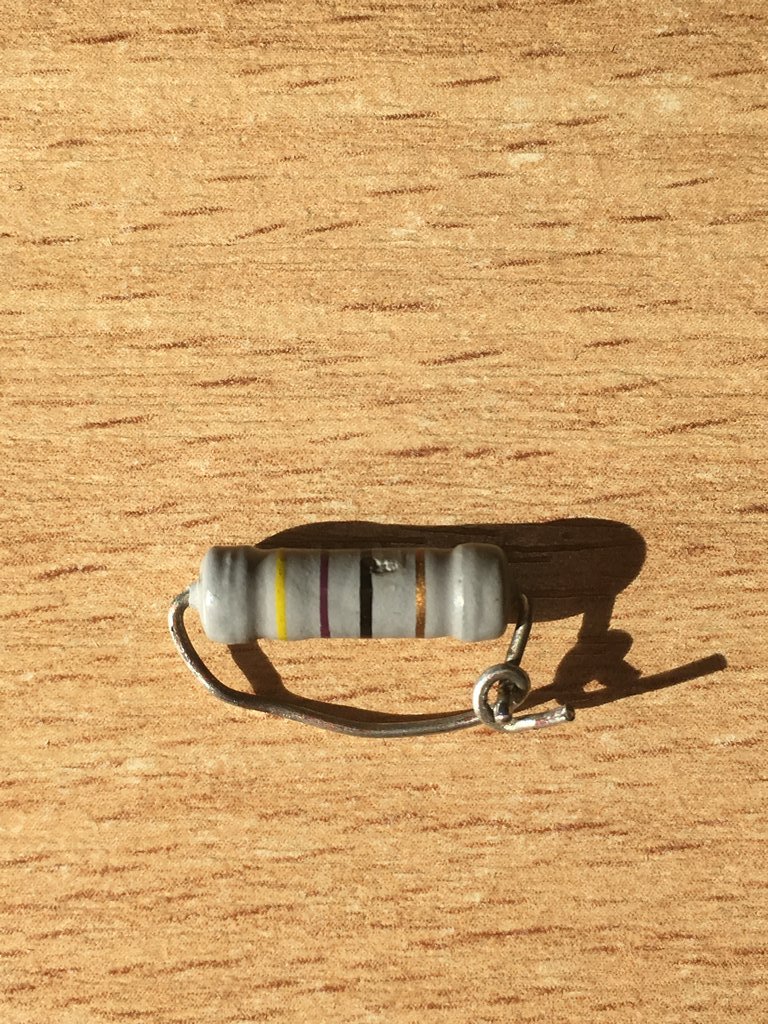 Summary: I suspect it is a 20Ω 5% tolerance wirewound resistor - analysis below.

I need to replace a burned resistor in an electric kettle

It would help to know what function this resistor had in the kettle. It's obviously a power resistor, but where was it connected? What was it doing? It wasn't in series with the element, if I'm correct that its value is 20Ω.

My main question: What's the value of the resistor?

My follow-up question: Can a resistor have no tolerance?

A couple of other points which weren't in your question:

Not the answer you're looking for? Browse other questions tagged resistors identification or ask your own question.

15
Why is the first band on a resistor never black?
4
What does a black band at the end of a resistor mean?
3
Unsolvable 5-Band contrary color band sequence!
0
Component identification - do you know what are the values of these components?
2
Identification of 5 band Resistor from power supply
1
Value of 5-band resistor (current sense)
3
Identifying a resistor with a weird band combination
2
5 band resistor. Red, orange, black, gold and black. It doesn't fit in to normal rules
0
Finding replacements for these "big grey" resistors in a circuit