Need smaller pullups on i2c lines, but design is low power, what is best? 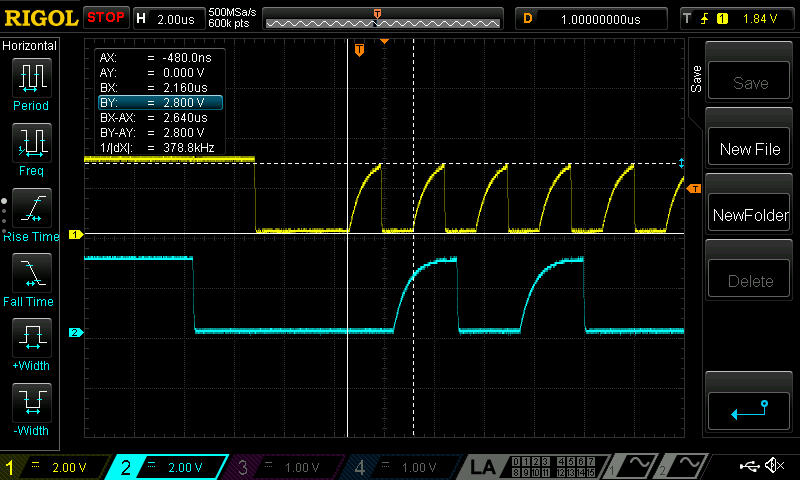 The pullups on my i2c lines are 4.7k. People are afraid of draining the battery by fixing this waveform with smaller pullups, like 2.2k. It doesn't seem much power is wasted considering the short duration of the bus being low (2-4 byte transfers) and the 400k bus speed. I am concerned about reliability with the waveform this distorted. What is the effect of the curving leading edge? It would seem to delay sampling of sda on the rising edge of scl.

Short answer: You are absolutely right not to worry about the smaller pullup resistors, since your bus will be in a high state the vast majority of the time. Moreover, the slow rise times will probably increase the power consumption significantly. Just use the 2.4kΩ resistors. 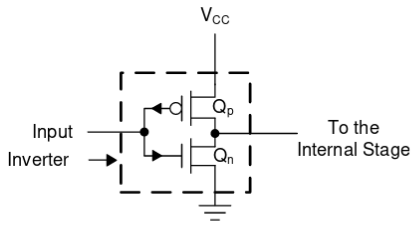 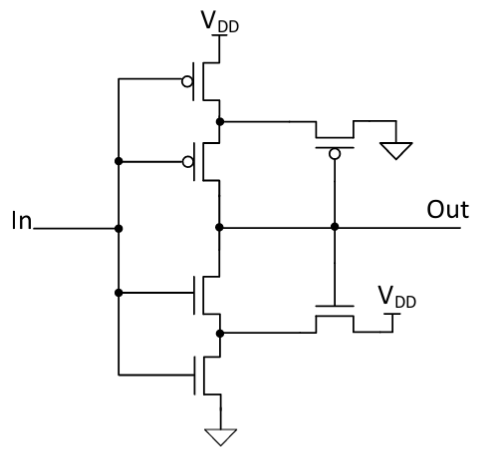 Note that the basic structure stays the same, meaning that surge current is still a problem.

So, long story short: the slow rise times from the weak pullup resistors will most likely increase power consumption. This is especially true if there are multiple devices on the bus.

Take a look at these articles from Texas Instruments for more information:

Not the answer you're looking for? Browse other questions tagged i2c low-power signal-integrity or ask your own question.

5
What is the best low-power color indicator?
9
I2C EEPROM bit-banging: Writes fine, but only if first bit is not set
7
What small IC could give switchable I2C pullups?
9
MITM on I2C Bus
5
Can GPIO pins interfere with each other?
0
AVR Can Write I2C, but Fails to Read (Fails to Write Register Address)
1
I2C data sampling is done at clock edge or level