How to choose the correct fuse in a double paralled battery supply system?

Suppose I have the following system:

As you can see we have:

For a short circuit fault:

Problem: I need to choose the main fuse

The problem I am facing here is that if I set the main fuse to be able to withstand the rated power and surges of power (read: current) from the batteries, in case of short circuit in B it will open only after several seconds (often in the order of 100s) which will probably damage the cables' insulation.

How should I select the correct main fuse?

All the fuse data I mentioned comes from here.

Use a circuit breaker link:

As you see, it can trigger in less than 10s when beyond nominal current. 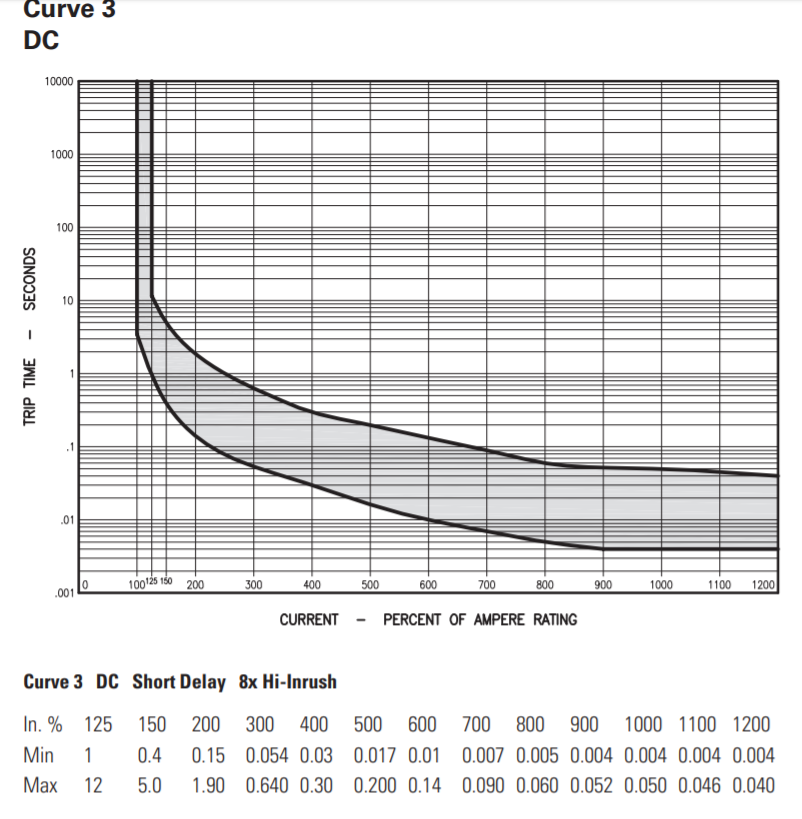 There's something odd about your design there. Fuses are selected by current rating, not resistance. If you put 200A through a 200m ohm fuse, it will be dissipating 8kW, which makes no sense.

Fuses are available in various speeds from "quick blow" to motor rated. If you need discrimination, you need to ensure that the fuse you want to blow first is faster. But in the event of a dead short, don't rely on only one fuse blowing.

14
How To Know If a Fuse Will Work Properly?
1
What are the correct zener diode and PTC fuse size?
0
Remotely monitor condition of fuse
0
How do I re-wire my Airstream Fusebox so as to follow best practices?
6
Adjustable High current source (40A?)
0
How is the fuse amp rating determined for a 12V AGM battery bank?
0
How to choose a resettable fuse for a 24 V DC to 5V DC converter?
0
Safety check - Is this Amazon PV combiner box labeled wrong? 15A Vs 32A - 500V vs 1000V
3
Interrupt rating of all fuses in branches of same circuit
4
Battery fuses breaking capacity: main and accessories