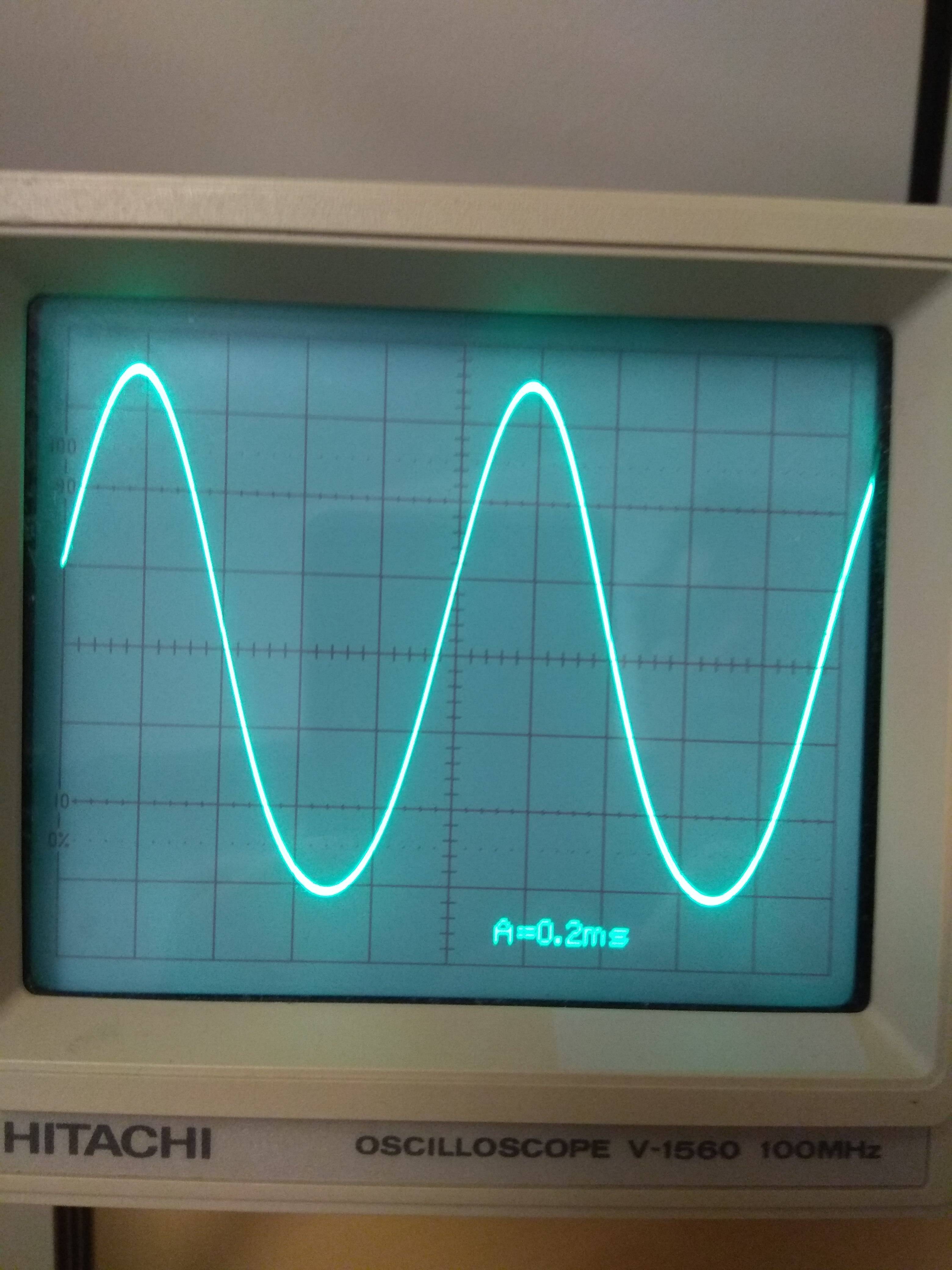 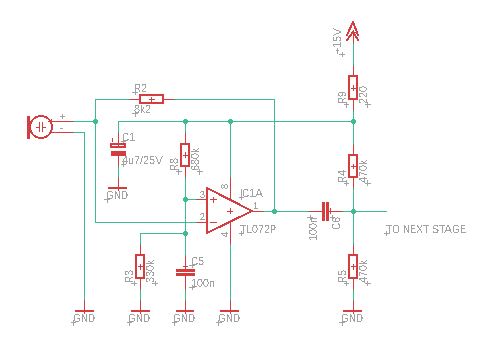 This circuit works quite well with low signal levels, but when the RMS ac signal is appr. 0.8 to 1.0 V (measured on pin #1 of the opamp), the negative half wave of sinusoidal signal is distorted so much that you can see it clearly on the oscilloscope. I am not asking, how to correct this circuit, but like to know the reason for this behavior. This is an existing circuit, and I know how it must be changed.

Added: Image from oscilloscope shows that the "negative" part of the signal is like wider quite much and has clearly different form. So it is not cutting, and if I add voice level to the microphone, cutting starts at the positive half wave first.

Is the distortion beginning at 0.8 to 1VRMS at the input or output?

It's hard to say definitively without some bench time, but I suspect your biasing scheme. You have an 8.2K resistor (R2) which doubles as bias and feedback. The gain is apparently set by this resistor and the current output of the ECM. This is not a particularly accurate way to set gain, and it's a bit unconventional to bias an ECM with a variable voltage. It may be when the mic output drives positive, it's starved for bias as the output of the buffer goes negative.

Usually an ECM is biased to a constant DC voltage (many CODECs and other audio components contain a special LDO just to generate a clean, quiet mic bias signal). Then it is buffered, usually, with the buffer having an input impedance somewhat greater than the ECM output. (All ECMs I've seen actually include a JFET buffer stage internally, since the voltage and current generated by the electret itself will hardly drive a short length of wire.) wire

Your virtual ground is formed by R3 and R8, and puts the bias point around 4.9V.

At 25C, with a +/-15V supply, this amplifier is only guaranteed to swing within 3V of the rail.

So 4.9-3V is 1.9V. It's probable that the amplifier will distort before that point, and with your supply rails at -5V and +10V (due to your bias point being ~5V) it could make the available headroom worse, though there's no data on output swing under those conditions.

Not the answer you're looking for? Browse other questions tagged operational-amplifier microphone or ask your own question.