What does the triangle look like in this diagram? 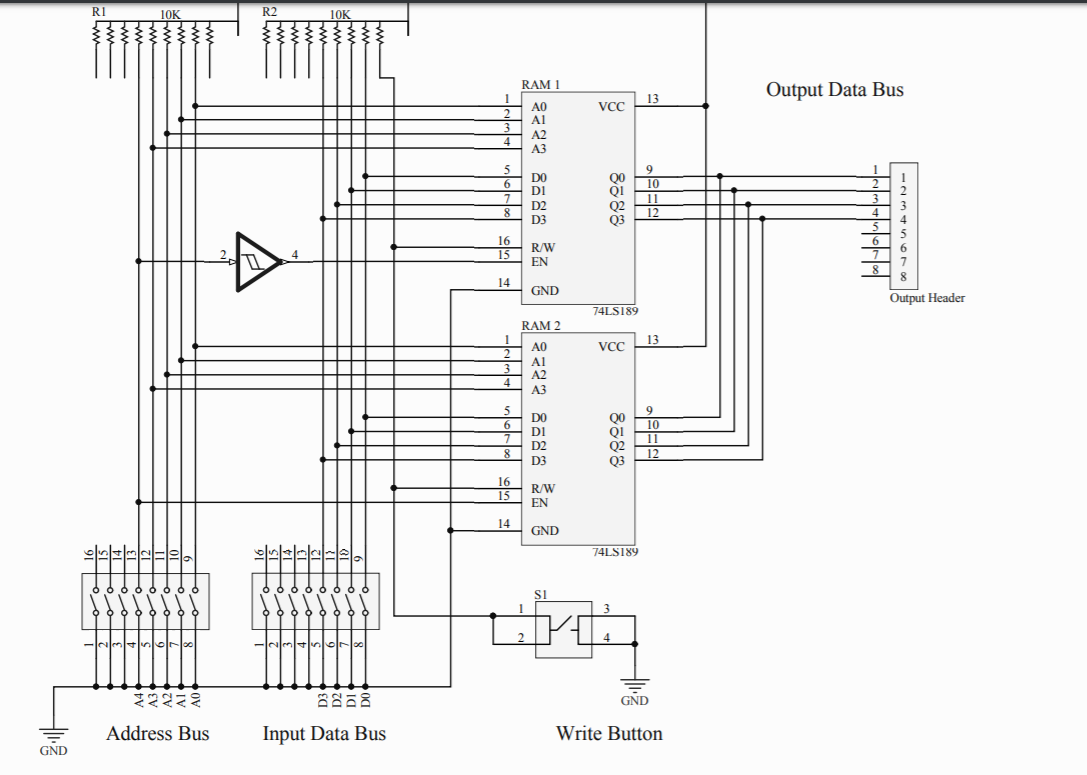 Using my intuition, I would assume the triangle in this simple circuit to be an inverter, but does that look correct? What is this symbol?

It looks like a schmitt trigger inverter like this one (but not this specific one as the pins are different). There should be a Vcc and gnd for this part somewhere else in the schematic. 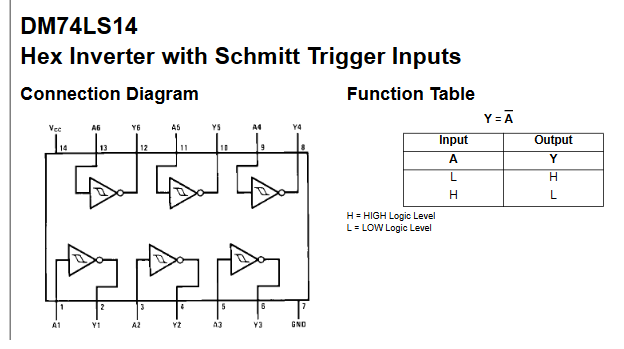 Edit: as @duskwuff points out, from a functional point of view, it's undoubtedly an inverter. The pin numbers match the SN74LVC1G14 single gate ST inverter, and other similar single gate parts.

Schmitt-trigger gates have input hysteresis which can help in cleaning up slow or somewhat noisy waveforms. In this particular case it does not seem to be doing much in that regard, but it will not do much harm (it will tend to have the RAM outputs fighting each other for a slightly longer during switch transitions than a regular 74LS04 inverter, probably not a big deal).

Not the answer you're looking for? Browse other questions tagged digital-logic identification schematics diagram or ask your own question.

6
components within a triangle in an electronics diagram
5
What does this schematic symbol mean? (triangle with a line crossing it out)
0
What does having the v in the center, with the positive near the top wire and negative near the bottom wire mean in this circuit diagram?
4
Electrical symbols, what does a dot before a triangle mean?
0
How to draw the input into the VCC net/bus in a circuit diagram?
4
What does the wishbone symbol mean?
17
What is this symbol? (assumed compliance mark like CE / FCC)
9
what does this symbol mean?(like a comparator,but there is another symbol in this triangle)
0
What is the triangle components in this diagram?
2
What does this diamond, arrow and tail symbol means in schematic diagram