I understand that how armature reaction causes neutral plane to shift by some angle . If brushes are placed along Geometrical Neutral Axis, then there'd be sparking during commutation as voltage across coil being short-circuited wouldn't be zero. Then I read that brush shifting (technique which is obsolete since 1910 but still finds its way in tricky questions in kind of exams I'm preparing for) changes current distribution. Now, I have two doubts, please refer to following figures, fig. A (left) and fig. B(right): 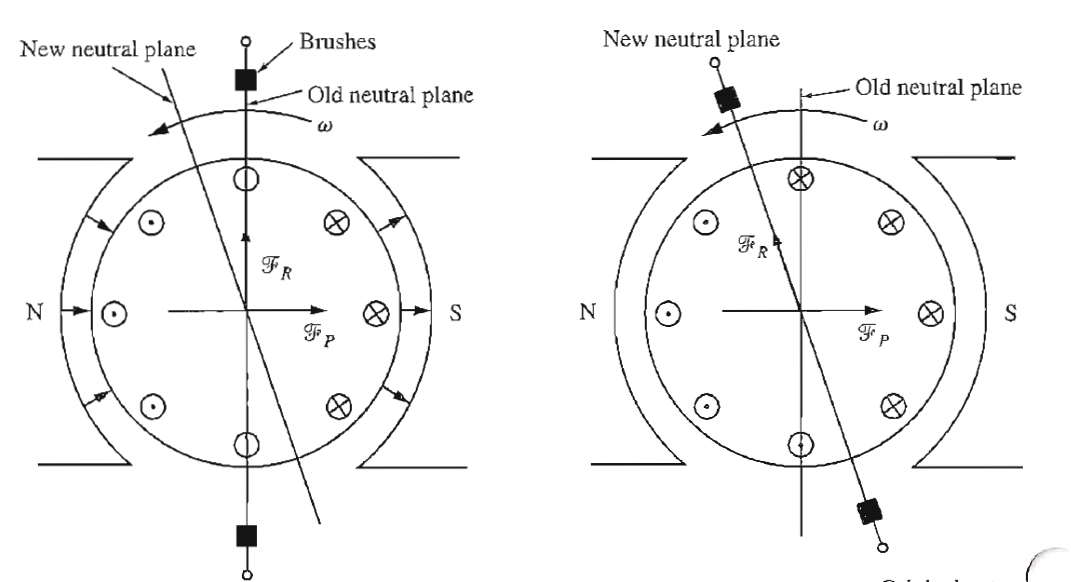 ad 1) The current is distributed to the each half. The brushes are short circuiting the segments at GNA position, so the only current that flows to that section is a recirculating current, from one segment to the other through the brush contact. 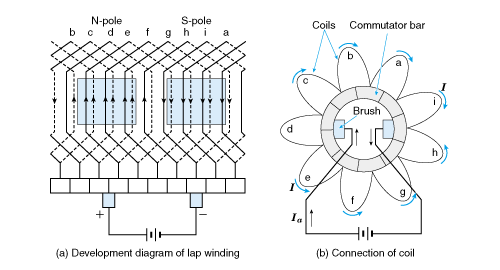 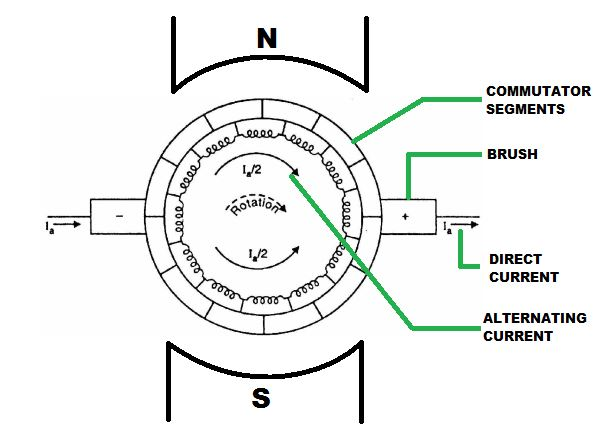 Not the answer you're looking for? Browse other questions tagged motor dc-motor generator electric-machine or ask your own question.

0
why are pm (permanent magnet) machines synchronous? and how do I start them?
0
How to Find Angle of Armature Current
0
How does armature reaction affect brushes in DC generators?
2
What is torque-ampere ratio at electric machines? How it is related with machine efficiency?
0
How should DC motor brush capacitors be sized?
1
How to get fine DC brush motor speed regulation?