SAMD21J18 in a custom made circuit behaves abnormally as following:

Initially chip was not detected by Atmel Studio & Arduino IDEs. After resoldering it behaves as such during boot. Otherwise its works well. Crystal load capacitors were tried from 6pF to 15pF. The specified 12.5pF load caps for the crystal is onboard now.

Never came across such an error before. Anyone can shed some insight on this?

Edited after @voltage spike's reply: The same mcu when replaced in a different custom board boots normally. The metal pin used to touch the body of crystal was a thin screwdriver held at the plastic handle. 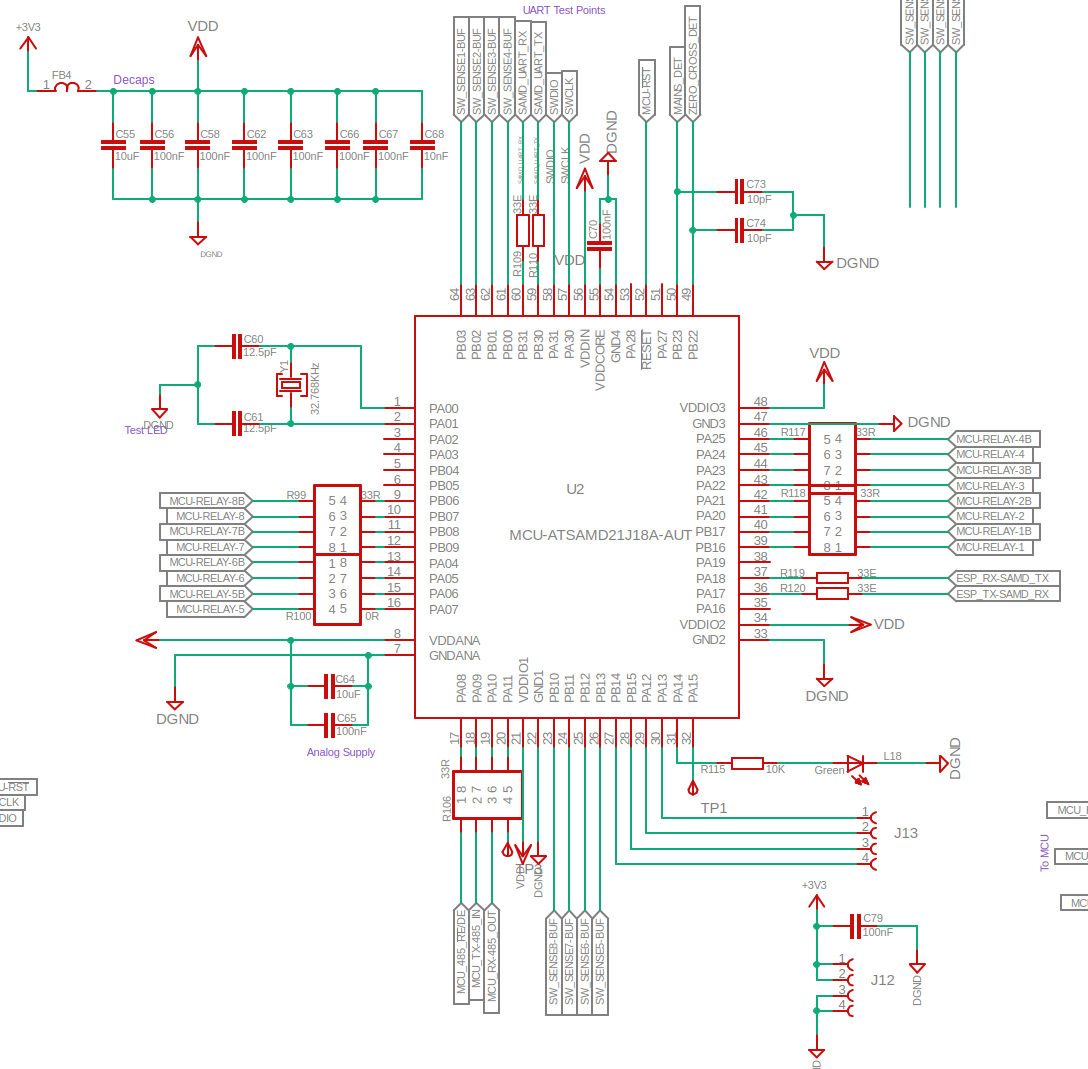 The booting is probably an independent issue from the wake problem. To troubleshoot the booting problem, a debugger for the booting code would be best.

Somehow your triggering the wakeup circuit on the MCU. There are two ways this could happen, one is with ESD, the other is the internal circuitry of the MCU has been damaged by ESD and the transistors are easily triggered.

If your not wearing an ESD strap, you probably should. It's not surprising that touching the case of the oscillator triggers transistors on the MCU, your sending thousands of volts through the case of the oscillator (or wherever the pin is touching), and a small amount of current. This current flows indeterminately through PCB, and could cause transistors to trigger on the MCU.

Not the answer you're looking for? Browse other questions tagged samd21 or ask your own question.